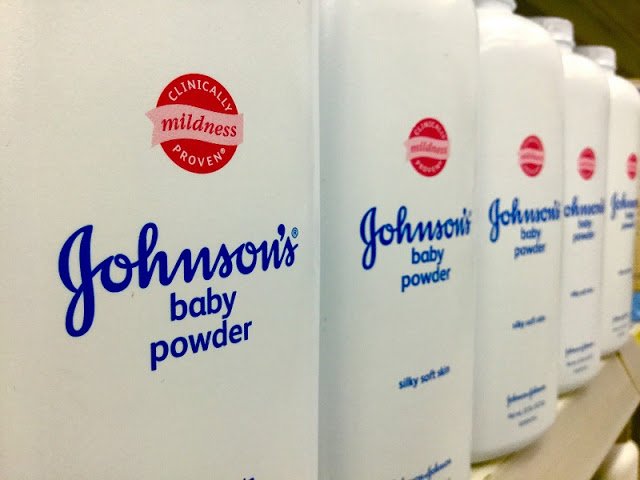 There was no home court advantage for New Jersey-based Johnson & Johnson (J&J).

As reported by CNN, J&J and their mineral supplier Imerys Talc were ordered by a Middlesex County judge to pay $30 million in compensatory damages to a banker who claimed their talcum powder, which his lawyers argued was contaminated with asbestos, caused his mesothelioma. His wife was awarded an additional $7 million. A second stage of the trial will determine punitive damages.

J&J was judged to be 70 percent liable and their supplier Imerys Talc is shouldering 30 percent of the judgment.

Steven Lanzo’s lawyers successfully argued that J&J suppressed information on the risk of asbestos contamination in their products starting in the 1960s. Talcum powder is a magnesium trisilicate mineral.

It is one of the softest minerals on earth and is often located near deposits of asbestos. In the 1970s, concerns were raised about the risk of cross contamination. In 1973, it was written into law that all talcum powders must be asbestos-free.

J&J argued that they conducted extensive tests for asbestos in their talcum products but the case was still decided in favor Lanzos, who used their Shower to Shower and baby powder products for over 30 years.

The Lanzos case was J&J’s first defeat in an asbestos contamination lawsuit, but a number of high profile cases have successfully linked talc to ovarian cancer. In these cases, asbestos is viewed as an independent risk factor, but the talc itself has been scientifically linked to cancer.

It is a big deal that this victory was scored in J&J’s backyard; their headquarters is in New Brunswick, New Jersey.  Last October, an appeals court tossed out a $72 million award to a woman who traced her ovarian cancer to talcum powder.

Jacqueline Fox, 62, of Birmingham, Alabama, was one of 65 plaintiffs in a 2015 suit against the pharmaceutical giant.  Fox died just four months after the trial and did not live to see a Missouri appeals court toss out the decision.

The dismissal was the result of a jurisdictional issue. It was not a repudiation of the science, which has been established for decades. Only two of the plaintiffs lived in Missouri and the product was not manufactured in Missouri.

Previously, this was permitted under a state rule that allowed multiple ovarian cancer talc claims to be combined, provided at least one of the plaintiffs was a St. Louis resident.

The U.S. Supreme Court undermined this streamlining strategy and left many of the other awards against J&J and other pharmaceutical giants in jeopardy. It was the Supreme Court’s decision in the case Bristol-Myers Squibb Co. v. Superior Court of California, San Francisco County, et. al., that severely curtailed the jurisdiction of lower courts.

There is no doubt the Supreme Court decision and the Missouri reversal was great news for companies that are defending themselves from consumers. The reversal of the J&J talcum powder award is potentially the first of many. They are facing more than 1,000 claims in St. Louis alone and 5,500 nationwide.

Individual citizens may not have the wherewithal to combat industrial titans, and the ability to combine lawsuits and pool resources has cost companies like J&J millions of dollars. One can hope that a victory scored in J&J’s home state is more likely to hold up to appeal.

It is not entirely surprising that the Supreme Court ruled in favor of the major moneyed interests of big phama and against plaintiffs injured by their products.

A quick perusal of the cases vilified as “litigation tourism” reveals that the defendant is often a drug manufacturer and their product has killed or crippled dozens of plaintiffs.

Clearly, what should matter most in these cases is the science. In 2008, I warned women to cease using talcum powder. More than 20 studies have linked the use of talcum powder around the genital area to ovarian cancer in women.

To make matters worse, J&J was aware of the danger for at least 40 years and has a long history of corporate malfeasance. Their No More Tears baby shampoo contained two potentially cancer-causing chemicals.

After several years of pressure from consumer advocates, J&J finally removed these dangerous ingredients from its baby shampoo in 2014.

While most men use fewer products, they’re still exposed to about 85 such chemicals daily, while teens, who use an average of 17 personal care products a day, are exposed to even more.

Clearly, such chemical exposures are not insignificant, especially when they occur virtually daily for a lifetime.

When it comes to talcum powder, my recommendation is to avoid it altogether. Also remember that adult women are not the ones most commonly exposed to talc. Most parents generously apply baby talcum powder to their baby’s bottom at each diaper change.

A safe substitute that can absorb moisture is cornstarch.