Prepare For Change
Home Full Disclosure ARCHONS: ARE YOU BEING CONTROLLED BY THE FORCES OF ANTI-AWAKENING? 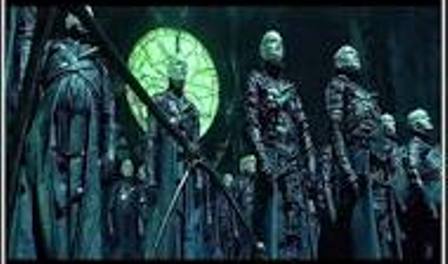 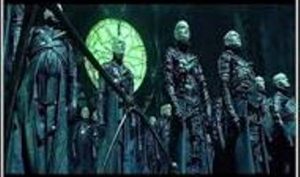 The force and degree of a man’s inner benevolence evokes in others a proportionate degree of ill-will. – Gurdjieff

I first encountered knowledge of anti-awakening forces while deeply immersed in the book “The Herald of Coming Good” by famous mystic Gurdjieff.

Essentially, Gurdjieff was describing what I’ve come to encounter on my own journey many times. In psychological terms, we could say that Tzvarnoharno is a “collective unconscious force” whose first instinct is to oppose any counterforce that is attempting to wake people up.

In this article, my intention is to explore this force of anti-awakening, how they’ve arisen in different ways throughout history, and how you may experience them on your own journey.

The Gnostics, a mystical branch of Christianity, have known about anti-awakening forces for centuries and wrote about them in their work describing them as “Archons.”

Gnostics believe Archons are the servants of the Demiurge, the “creator god” that stands between the human race and experiencing divinity. This divinity can only be reached through mystical experiences which they call gnosis.

Although Archons are often depicted as hermaphrodite and alien looking creatures with an insatiable appetite for rape and violence, it’s not fear they use to prevent your transcendence, but ignorance. According to the the Gnostic Gospel of Philip, the Archonic force’s main objective is to keep humans ignorant of their divine origins beyond the physical universe.

The further I’ve ventured through my journey of growth and change, the more I’ve come to see that there’s much truth in the idea of anti-awakening forces.

The universe works in a sort of balance, a self-regulating organism in perfect harmony. Anything that tries to disturb that balance, is immediately attacked by the antibodies of the universe, the Archons.

THE ABYSS OF TRUTH

If we take a close look through history, we’ll usually see that the work of truth seekers, mystics, and sages has often been suddenly aborted or sabotaged in different ways.

The most known example is the crucifixion of Jesus, where we can see the “collective unconscious force” at work, destroying whatever seeks to flood it with light and to flush it with darkness.

Other examples of spiritual teachers that have experienced Archonic forces are that of Socrates (who was poisoned), Sufi sage Al-Hillaj Mansoor (who was executed), and numerous other truth seekers such as Galileo, Darwin, Pasteur, the Wright brothers, and countless others who were silenced, rejected or persecuted for their messages. You will notice that to the level they challenged the status quo was the level in which they were resisted by others.

So why is it that anti-awakening Archonic forces exist in the first place?

The answer is that our collective unconsciousness is deeply attached to static ways of being because it is terrified of change. Our profound fear of change ultimately centers around our fear of waking up, because at the core of our being, we know that to embrace change means to embrace death of everything as we know it.

I’ve experienced Archonic forces all too often through my own development and teachings. Whenever I questioned something I didn’t intuitively feel was right, I was accused of being a “smart ass” or “rebellious troublemaker” by the people around me. And now, as a teacher who writes about these topics on this website, I’m often accused via emails and messages as “corrupting minds” or leading people astray. I’ve even observed it in fellow teachers, where their students will sabotage their own communities and missions by arguing over petty things like the “right” interpretation of the teachings.

An interesting way I like to think about these anti-awakening forces is that we’re all standing on the edge of the abyss that is Truth. Yet each of us is closing our eyes, looking ahead and clinging tightly to anything that we hold on to as “truth,” whether a belief, an identity or a desire. Any time our eyes open and take a fleeting glimpse of the abyss of Truth, we are instantly filled with fear and the desire to return to ignorance again because of its “safety.”

Deep down, we know in our hearts that this abyss of Truth represents a spiritual death and the requirement for us to surrender all that we believe to be true. Mostly, this abyss of Truth requires us to surrender our ego identification and enter into the process of ego death. In our spiritual journeys, our egos are the strongest Archon forces we’ll ever encounter. Our egos are almost endlessly creative in their way of surviving and corrupting our every attempt to be free. The ego won’t hesitate to sabotage any legitimate attempt to move in the direction of Light or Truth. And it does so out of intense fear. 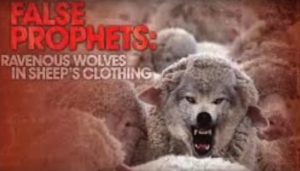 All of those who are on the path in search for truth and enlightenment may nevertheless carry within themselves a side that is actually opposed to the experience of wholeness. How could there not be this side within us? For the ego, the search for truth is a self-destruct button.

Facing the Archons within us and without us can feel like a constant battle. These anti-awakening forces may present themselves as people who have no interest in supporting us, betraying us, belittling us, tempting us, and gaslighting us.

Psychotherapist Wilhelm Reich, described how humanity since the dawn of time has been affected by what he calls the Emotional Plague; the pain we repeatedly suppress throughout our lives and which prevents us from finding our wholeness. When we do encounter a natural, authentic person, we feel threatened by them and want to destroy or criticize them in some way. Have you ever experienced this feeling?

More insidious, however, than external Archons are the anti-awakening forces within our own minds.

In the novel Good Omens by Neil Gaiman and the late Terry Pratchett, a demon called Crowley explains how traffic jams and phone service outages are far more effective in damning Souls than the once popular possessions and temptations. To keep us constantly frustrated and eternally restless is the new way Archonic forces are crushing our human spirits.

Perhaps that’s why possessions and encounters with “evil spirits” have diminished over the years. Who has time for them? Between app updates, endless fast food options, Netflix, ordering items from eBay, and the eternal endless stream of content on the internet, who has the time or energy for waking up?

The denser our egocentric tendencies become, the less we’ll search for change in any real way, and the further we’ll run from cultivating the freedom and responsibility that accompanies awakening to our higher potential.

So how can we prevent these anti-awakening forces from dragging us down into the darkness of unconsciousness? Here are some recommendations:

Self-responsibility and the desire for truth are our greatest allies when it comes to overcoming the forces of anti-awakening. When there is an absence of love and understanding, Archons thrive.