Prepare For Change
Home ARCONTES What Lies Beneath: The US-Israeli Plot to ‘Save’ Gaza 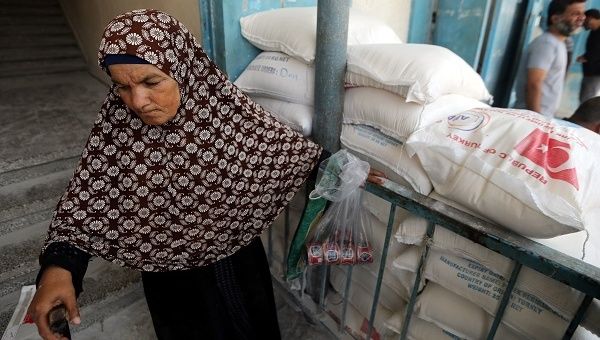 Whether or not Israel and the Hamas-led Gaza factions reach a permanent truce, the sad truth is it’s almost entirely based on exploiting Palestinian divisions, writes Ramzy Baroud.

Israel wants to change the rules of the game entirely. With unconditional support from the Trump administration, Tel Aviv sees a golden opportunity to redefine what has, for decades, constituted the legal and political foundation for the so-called ‘Palestinian-Israeli conflict.’

While U.S. President Donald Trump’s foreign policy has, thus far, been erratic and unpredictable, his administration’s ‘vision’ in Israel and Palestine is systematic and unswerving. This consistency seems to be part of a larger vision aimed at liberating the ‘conflict’ from the confines of international law and even the old U.S.-sponsored ‘peace process.’

Indeed, the new strategy has, so far, targeted the status of East Jerusalem as an Occupied Palestinian city, and the Right of Return for Palestinian refugees. It aims to create a new reality in which Israel achieves its strategic goals while the rights of Palestinians are limited to mere humanitarian issues.

Unsurprisingly, Israel and the United States are using the division between Palestinian factions – Fatah and Hamas – to their advantage. Fatah dominates the Palestinian Authority (PA) in Ramallah, while Hamas controls besieged Gaza.

A carrot-and-stick scenario is being applied in earnest. While for years Fatah received numerous financial and political perks from Washington, Hamas subsisted in isolation under a permanent siege and protracted state of war. It seems that the Trump Administration – under the auspices of Trump’s senior adviser and son-in-law, Jared Kushner – are turning the tables.

The reason the PA is no longer the ‘moderate’ Palestinian leadership it used to be in Washington’s self-serving agenda is that Mahmoud Abbas has decided to boycott Washington in response to the latter’s recognition of Jerusalem as Israel’s capital. True, Abbas’ subservience has been successfully tested in the past, but, under the new administration, the United States demands complete ‘respect,’ thus total obedience.

Hamas, which is locked in Gaza between sealed borders from every direction, has been engaging Israel indirectly through Egyptian and Qatari mediation. That engagement has, so far, resulted in a short-term truce, while a long-term truce is still being discussed.

The latest development on that front was the visit by Kushner, accompanied by Middle East envoy Jason Greenblatt, to Qatar on August 22. There, Gaza was the main topic on the agenda.

So, why is Gaza, which has been isolated (even by the PA itself), suddenly the new gate through which top U.S., Israeli and regional officials are using to reactivate Middle East diplomacy?

Ironically, Gaza is being particularly suffocated these days. The entire Gaza Strip is sinking deeper in its burgeoning humanitarian crisis, with August being one of the most grueling months.

A series of U.S. financial aid cuts has targeted the very socio-economic infrastructure that allowed Gaza to carry on, despite extreme poverty and the ongoing economic blockade.

On August 31, Foreign Policy magazine reported that the U.S. administration is in the process of denying the UN Palestinian refugees agency, UNRWA – which has already suffered massive U.S. cuts since January – of all funds. Now the organization’s future is in serious peril.

The worrying news came only one week after another announcement, in which the United States decided to cut nearly all aid allocated to Palestinians this year – US$200 million, mostly funds spent on development projects in the West Bank and humanitarian aid to Gaza.

So why would the United States manufacture a major humanitarian crisis in Gaza – which suits the right-wing government of Benjamin Netanyahu well – while simultaneously engaging in discussions regarding the urgent need to end Gaza’s humanitarian woes?

The answer lies in the need for the United States to manipulate aid to Palestinians in order to exact political concessions for Israel’s sake.

Months before rounds of Egyptian-sponsored indirect talks began between Israel and Hamas, there had been an unmistakable shift in Israeli and U.S. attitudes regarding the future of Gaza:

On January 31, Israel presented to a high-level conference in Brussels ‘humanitarian assistance plans’ for Gaza at a proposed cost of US$1 billion. The plan focuses mostly on water distillation, electricity, gas infrastructure and upgrading the joint industrial zone at the Erez crossing between Gaza and Israel. In essence, the Israeli plan is now the core discussion pertaining to the proposed long-term ceasefire.

The meeting was attended by Greenblatt, along with Kushner who is entrusted with implementing Trump’s unclear vision, inappropriately termed ‘the deal of the century.’

Clearly, there is a common thread between all of these activities.

Since the United States decided to defy international law and move its embassy from Tel Aviv to Jerusalem last December, it has been in search of a new strategy that will circumvent the PA in Ramallah.

PA President Abbas – whose political apparatus is largely reliant on ‘security coordination’ with Israel, U.S. political validation and financial handouts – has little with which to bargain.

Hamas has relatively greater political capital – because it has operated with less dependency on the Israeli-U.S.-Western camp. But years of relentless siege, interrupted by massive deadly Israeli wars, have propelled Gaza into a permanent humanitarian crisis.

While a temporary truce between Israel and Hamas-led Palestinian groups in Gaza went into effect on August 15, a long-term truce is still being negotiated. According to the Israeli daily Haaretz, citing Israeli officials, the truce would include a comprehensive ceasefire, opening all border crossings, expansion of the permitted fishing area off the Gaza coast, and the overhauling of Gaza’s destroyed economic infrastructure, among other stipulations.

Concurrently, Palestinian officials in Ramallah are fuming. ‘Chief negotiator’ Saeb Erekat accused Hamas of trying to “destroy the Palestinian national project” by negotiating a separate agreement with Israel. The irony is that the Fatah-dominated Palestine Liberation Organization (PLO) and PA have done just that for over 25 years.

Regardless of whether a permanent truce is achieved between Israel and the Hamas-led Gaza factions, the sad truth is that – whatever grand illusion is harbored by Washington and Tel Aviv at the moment – it’s almost entirely based on exploiting Palestinian divisions, for which the Palestinian leadership is to be wholly blamed.

Ramzy Baroud is a journalist, author and editor of Palestine Chronicle. His latest book is The Last Earth: A Palestinian Story. He earned a Ph.D. in Palestine Studies from the University of Exeter and is a Non-Resident Scholar at Orfalea Center for Global and International Studies, UCSB.

Why Do The Palestinians Get Ripped Off?