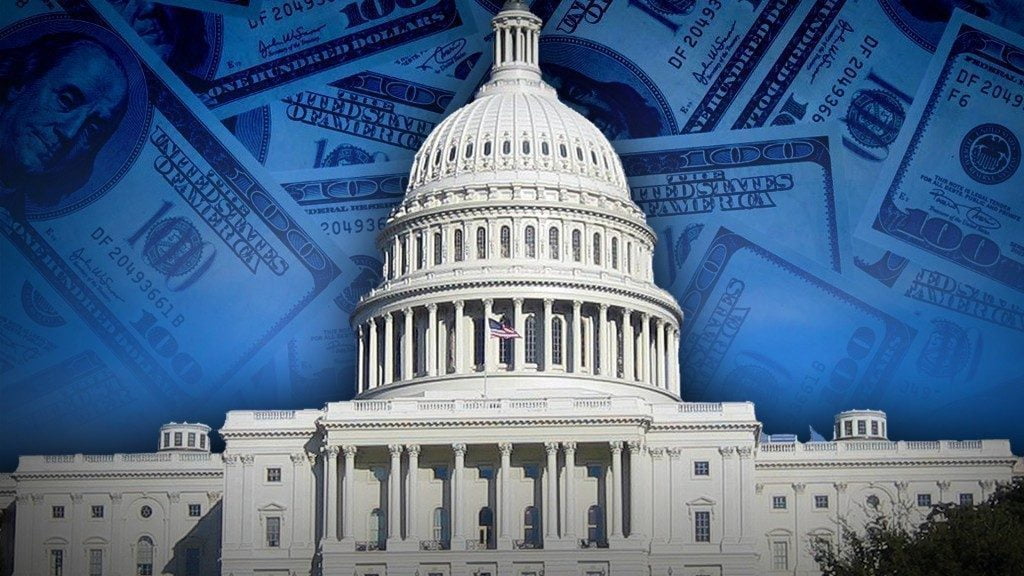 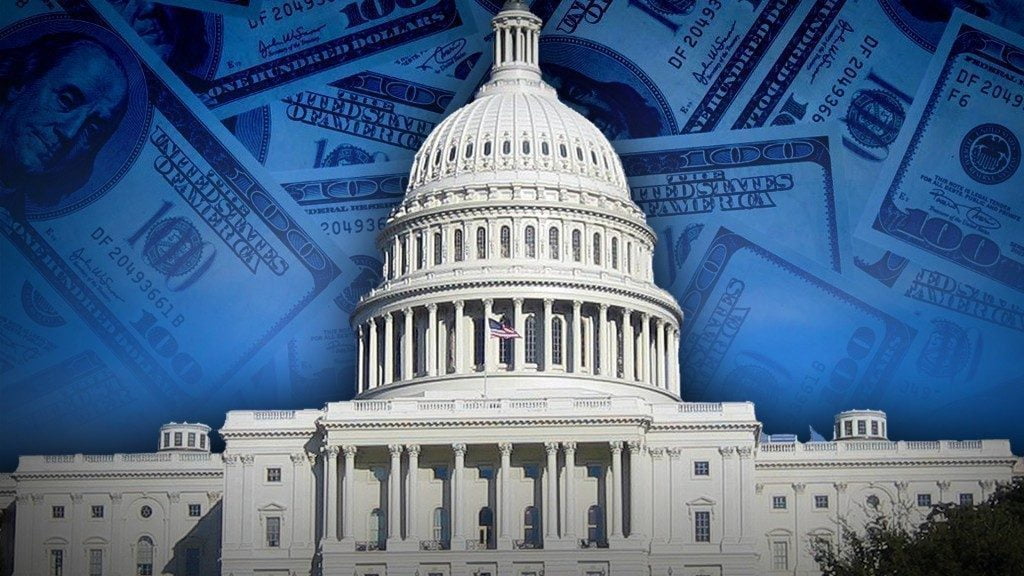 The US Treasury reports that the federal budget deficit was $779 billion in fiscal 2018. The deficit is caused by spending in excess of tax revenues and is financed by borrowing from foreign and domestic creditors. Federal spending in 2018 was $4,108 billion, and tax revenues were $3,329 billion, so Congress financed 19 percent of its spending with borrowing. Did taxpayers—who will ultimately bear the burden—really consent to that extra debt-financed spending? It is like Dad leaving the kids some cash to buy pizza and then coming home to find that they also used his credit card to rack up charges on the Internet.

Unless the politicians grow up and start making reforms, the deficit will likely grow from $1 trillion in 2019 to more than $2 trillion per year a decade from now.

Annual deficits are piling onto accumulated federal debt held by the public of $16 trillion. That is $127,000 for every household in the nation. Compared to the size of the economy, today’s federal debt is, by far, the highest in our peacetime history.

Why is soaring government debt so worrying?

1 – Spending Induced. Most federal spending is for subsidy and benefit programs, not for activities that increase productivity. Subsidy and benefit programs distort the economy and generally reduce overall output and incomes. Those distortions occur whether spending is financed by debt or current taxes. But the availability of debt financing induces policymakers to increase overall spending, which at the margin goes toward lower-valued activities.

2 – Tax Damage Compounded. When taxes are extracted to pay for government spending, it induces people to change their working and investing activities, which distorts the economy and reduces growth. When spending is financed by borrowing, the tax damage is pushed to the future and compounded with interest costs.

3 – Investment Reduced. Government borrowing may “crowd out” private investment and thus reduce future output and incomes. Economist James Buchanan said: “By financing current public outlay by debt, we are, in effect, chopping up the apple trees for firewood, thereby reducing the yield of the orchard forever.” The crowd out will be reduced if private saving rises to offset government deficits. But the CBO says “the rise in private saving is generally a good deal smaller than the increase in federal borrowing.” Government debt may also deter investment through expectations—businesses will hesitate to invest if rising debt creates fears of tax increases down the road.

4 – Borrowing from Abroad. A decline in private investment due to government borrowing may be avoided if capital is attracted from abroad. Indeed, huge federal borrowing has been facilitated by global capital markets, and today more than 40 percent of the federal debt is held by foreigners. Borrowing from abroad may prevent a fall in domestic investment, but it does not prevent the shifting of costs to future taxpayers. As government debt rises, more of our future earnings will be taxed to pay interest and principal on the government’s debt to foreigners.

5 – Macroeconomic Instability. CBO warns that a “large and continuously growing federal debt would … increase the likelihood of a fiscal crisis in the United States.” Experience shows that high levels of government debt tend to reduce growth and increase financial fragility. In their study of financial crises through history, Carmen Reinhart and Ken Rogoff concluded, “again and again, countries, banks, individuals, and firms take on excessive debt in good times without enough awareness of the risks that will follow when the inevitable recession hits.” Government debt, they found, “is certainly the most problematic, for it can accumulate massively and for long periods without being put in check by markets.”

Sadly, with regard to the federal budget, policymakers seem to be in la-la land, a “euphoric dreamlike mental state detached from the harsher realities of life.” They dream about spending on their favorite programs and act as if there won’t be harsh consequences to their profligacy. But there will be. Future living standards are being eroded as huge costs are being pushed forward, and the rising debt will eventually spark a damaging financial and economic crisis.