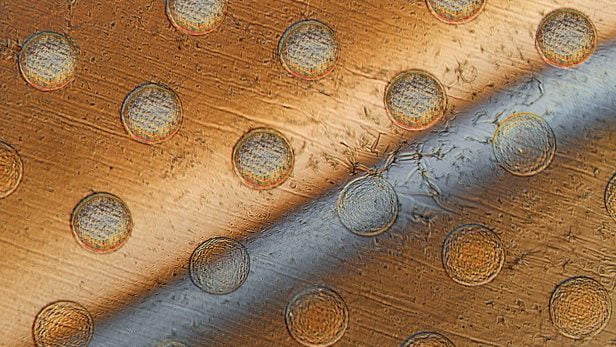 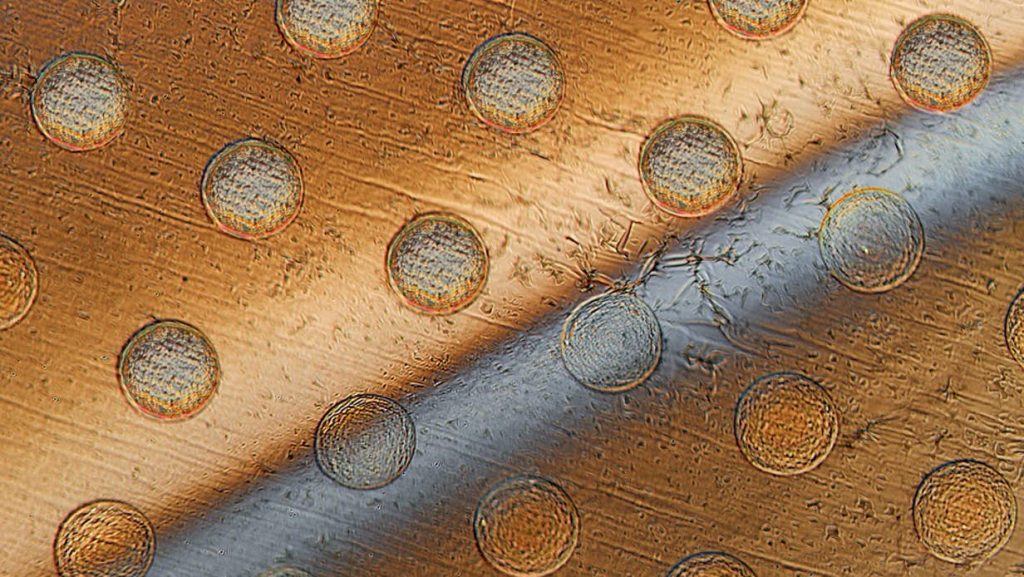 Robots are getting smaller and smaller, from the size of bugs down to tiny bead-shaped robots that could one day swim through the body to monitor health or deliver medication. MIT engineers recently managed to create cell-sized robots that could collect data about their environment, but were a little tricky to manufacture. Now, the team has found a way to mass produce these synthetic cells (syncells) through controlled fracturing of graphene.

Back in July, MIT revealed robots that were so small, they were forever at the mercy of the molecules of whatever liquid they were suspended in. That means there was no point trying to steer them, but they could still kick back and observe, sensing their surroundings and storing data for long periods of time. Later, they could be filtered out and analyzed to get a reading of water quality, for example, or biomarkers for disease in a patient’s bloodstream.

The problem was that these tiny bots all needed to be made by hand, which is obviously a time-consuming process. To speed things up, the team has now come up with a manufacturing process called “autoperforation.”

First, the electronics are encased in a polymer material. Then, tiny dots of this stuff are deposited onto a flat sheet of graphene by a micro-array printer, before another layer of graphene is laid out over the top. As the top layer settles it will drape down over the dots, like a tablecloth.

Next, the graphene is stressed to the point that it fractures. But rather than shattering randomly like a broken window, the material will break off at the strain points around each dot, leaving a series of syncells that look like they’ve been neatly hole-punched out. Better yet, the edges of the two graphene layers end up sticking together, wrapping the electronic components safely inside.

“This general procedure of using controlled fracture as a production method can be extended across many length scales,” says Albert Liu, co-author of a study describing the method. “[It could potentially be used with] essentially any 2D materials of choice, in principle allowing future researchers to tailor these atomically thin surfaces into any desired shape or form for applications in other disciplines.”

The syncells can store information in a memory array, which can be read later using an electrical probe and erased for reuse. As a test, the team encoded the letters M, I and T into a memory array within a syncell, and showed that it was readable, even after months of floating around in water. That data can even be stored without power.

In future, this mass production method could be used to make syncells with more functionality, like those used in the earlier study.

The research was published in the journal Nature Materials, and the team describes the work in the video below.