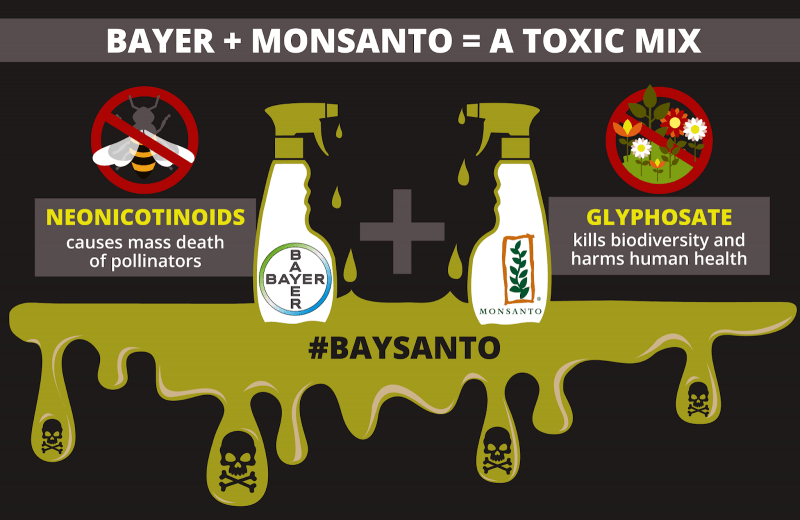 There are about 8,700 lawsuits pending against Monsanto, by people who allege that exposure to Roundup weedkiller is responsible for their cancer.

Most of the people behind these lawsuits have stories not unlike the one told by Dewayne Johnson, during his landmark jury trial which resulted in a unanimous decision against Monsanto.

Like Johnson, many of these people have non-Hodgkin lymphoma — or they have family members who have already died from the disease. They face long, grueling trials as they go up against the biotech behemoth.

To Werner Baumann, CEO of Bayer (which acquired Monsanto last year for $63 billion), these people are just “nuisances.” 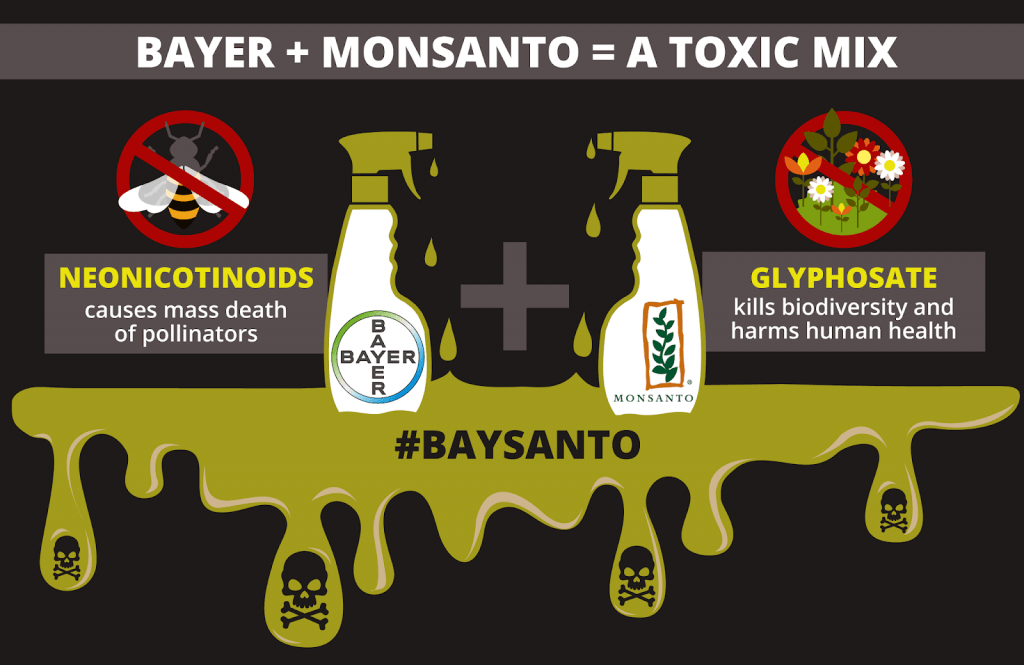 According to a recent Reuters report, Baumann told reporters:

“If we can settle nuisances at some point where the defense costs in preparing cases are higher than potential settlement amounts, we will of course consider it from an economic standpoint.”

No wonder. After all, Bayer could end up on the hook for $800 billion in liability — a possibility that has made shareholders of the German company very unhappy.

But whatever Bayer decides — go to trial or settle — Baumann told reporters he’s clear on one thing:

“We will resolutely and with all means defend ourselves in this (glyphosate) litigation.”

On an August conference call following the verdict in the Johnson trial, Baumann promised investors the agrochemical company would defend glyphosate, and in the meantime, continue business as usual.

“Nothing has changed concerning our strategy. We want to make sure that glyphosate will continue to be available to our key stakeholders as an excellent, safe and very important tool for modern agriculture.”

In other words, Bayer intends to do everything in its power to keep glyphosate on the market—despite a U.S. court’s determination that the weedkiller causes cancer. For Bayer, “business as usual” means profits before human health.

In the meantime, Bayer wants the rest of the world to think that the company is focused on sustainable farming practices that benefit farmers, consumers and the planet.

Bayer tweeted last month about hosting an international group of food bloggers at one of its Forward Farms in Abbenes, North Holland, where the topic of discussion was reported to be “sustainability.”

The farm is one of several around the world that make up Bayer’s ForwardFarming network, a project designed to bolster the idea that Bayer cares about the environment. Bayer currently has Forward Farms in the U.S., Latin America and in various parts of Europe including Italy, France, Belgium and Berlin.

Bayer describes its ForwardFarming project as “an initiative that works with independent farms around the world to help advance sustainable agriculture.”

So, what is it exactly that Bayer is doing that’s sustainable? Promoting GPS technology that helps farmers spray pesticides with precision, glyphosate included.

According to Bayer’s website, “digital farming techniques, such as GPS informed precision spraying . . . are all demonstrated on the fam.” These tools allow farmers “to take a holistic approach to sustainable farming.”

Holistic approach? Don’t be fooled by Bayer’s feelgood choice of words, as the agrochemical giant’s definition of “holistic” simply means more glyphosate. Bayer even goes as so far to say that without glyphosate, soil organic matter would suffer, and climate change would actually get worse.

Those claims contradict the latest research, which shows that over time, over time, the application of crop chemicals, such as glyphosate, destroy beneficial bacteria in the soil, which reduces soil fertility and causes soil carbon to escape into the atmosphere where it contributes to a warming planet.

The real future of farming—organic and regenerative

Organic agriculture, on the other hand, prohibits the use of toxic crop chemicals and is repeatedly proven to boost soil health, increase yields and fight climate change, all while supporting farmer livelihood.

Regenerative agriculture, with its focus on biodiversity and soil health (which increases the soil’s capacity to retain water during periods of drought), has the potential to build resilient local farming systems that provide abundant, nutritious food.

Both time and research have shown that industrial, chemical-intensive agriculture is not the solution to feeding the world, and is in fact moving us backwards in terms of being able to solve world hunger, while at the same time reversing global warming.

If the prospect of billions of dollars in settlements from Roundup cancer lawsuits isn’t enough to scare Bayer off of glyphosate, we’re not sure what will.

But one thing is for sure — increasing consumer demand for clean, healthy and pesticide-free food is driving the world’s food system away from toxic chemicals and toward a system that promotes healthy humans, healthy animals and healthy soil. No matter what Bayer says.

If you’d like to honor Johnson, a former school groundskeeper who is now terminally ill with non-Hodgkin lymphoma, help OCA and other organizations get Roundup out of schools.

By Julie Wilson — She is a communications associate for the Organic Consumers Association (OCA). Katherine Paul, associate director, contributed to this article.