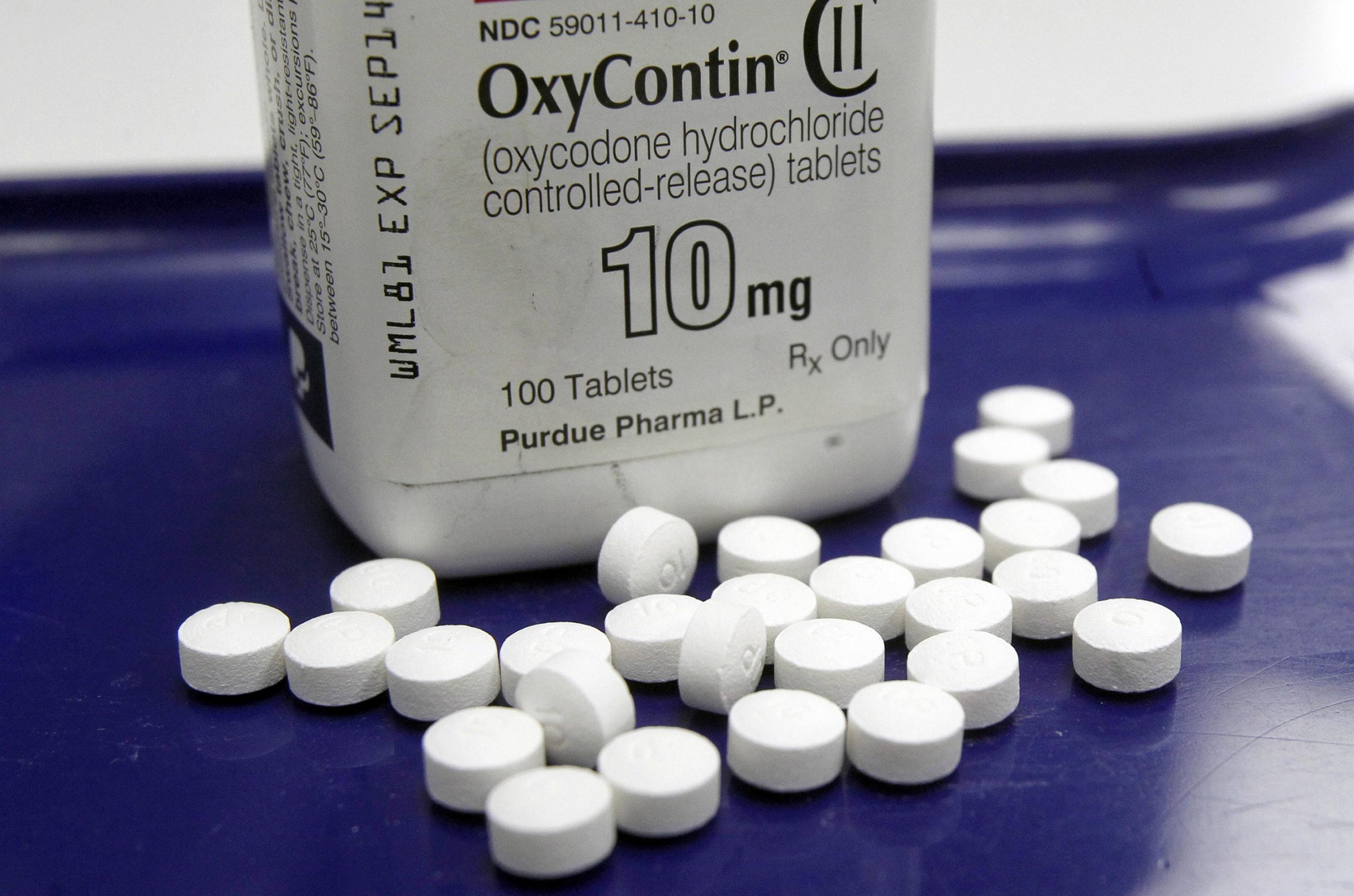 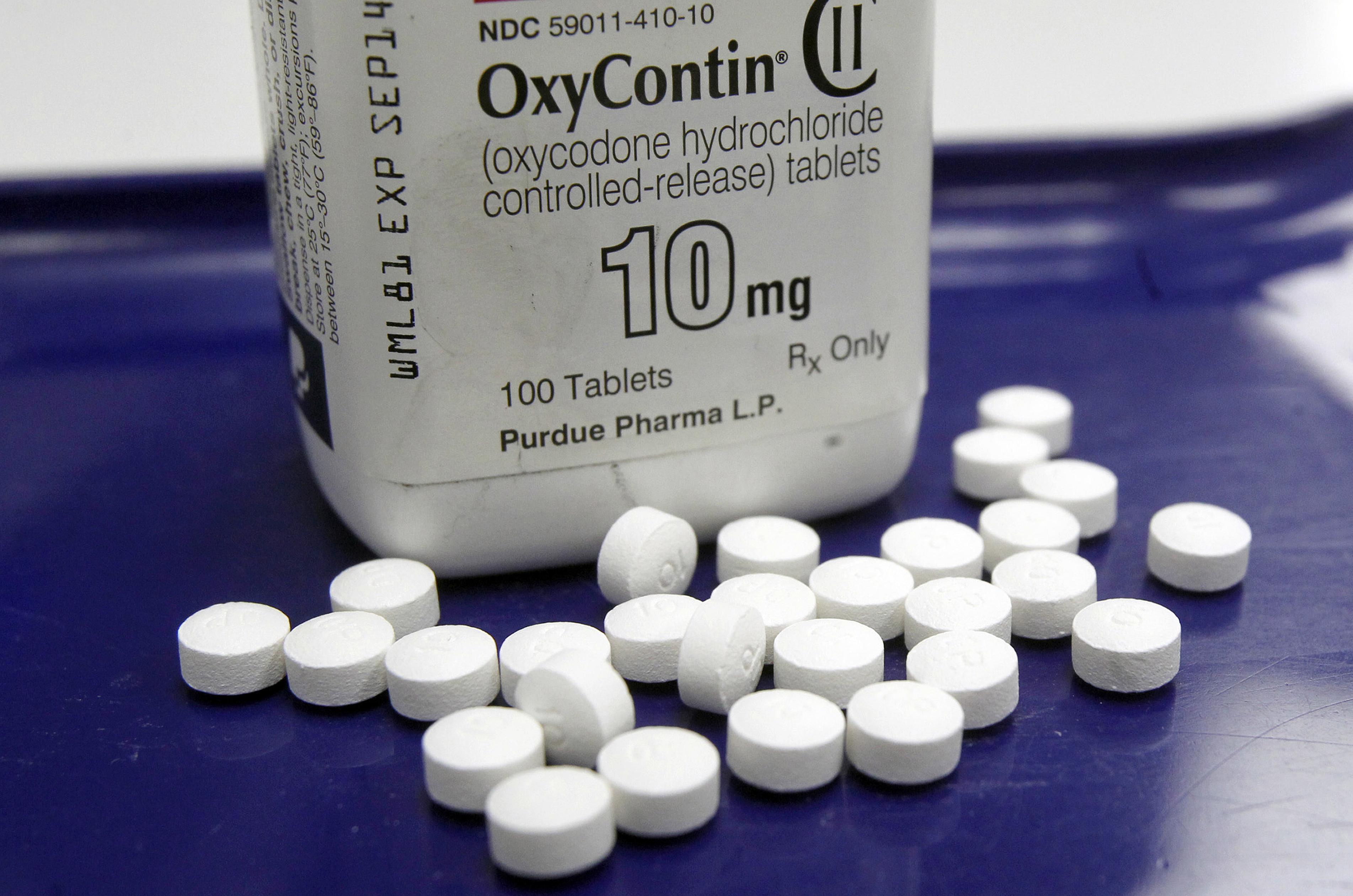 Dentists who prescribe opioid painkillers to teenagers and young adults after pulling their wisdom teeth may be putting their patients at risk of addiction, a new study finds.The study, published in JAMA Internal Medicine Monday, shines a light on the largely overlooked role dental prescriptions play in an epidemic of addiction that has swept the United States, leading to a record 70,237 drug overdose deaths in 2017.

“Given the gravity of the opioid epidemic, the degree of persistent use and abuse we observed in adolescents and young adults, especially females, is alarming,” said researcher Alan Schroeder, a pediatrician and professor at Stanford University School of Medicine. “Our findings should trigger heightened scrutiny over the frequency of prescribing dental opioids.”

Adolescents and young adults often are introduced to highly addictive opioid painkillers when they have their third molars pulled. Millions of Americans undergo the procedure every year, and dentists routinely prescribe opioids to the vast majority. Only recently have dentists — the most frequent prescribers of opioids for youths between the ages of 10 and 19 in 2009 — started to reconsider the use of narcotics in managing post-surgical pain.

Nearly 6 percent of almost 15,000 people between 16 and 25 years old who received initial opioid prescriptions in 2015 from dentists were diagnosed with opioid abuse within a year, the study published by Schroeder and four other researchers shows. In comparison, 0.4 percent in a similar group who didn’t get dental opioids were diagnosed with opioid abuse during the same period.

“These are kids who could have gotten Advil and Tylenol, and 6 percent showed evidence of becoming addicted,” said Andrew Kolodny, who co-directs opioid treatment research at Brandeis University. “That’s huge.”

The numbers are particularly troubling given that most people who have their wisdom teeth removed do just as well or better on over-the-counter pain relievers. An April study in the Journal of the American Dental Association found that anti-inflammatory analgesics, such as ibuprofen and acetaminophen, generally work better than opioids at easing acute dental pain.

“We certainly don’t need to expose adolescents to opioids after we take out their wisdom teeth,” said Kolodny, who was not involved with the study. “On that particular topic, the science is clear.”

Schroeder and his team examined the private health insurance claims of more than 750,000 patients from 16 to 25 years old. Close to 100,000, or a striking 13 percent, received at least one opioid prescription in 2015, and dental practitioners wrote 30 percent of them.

Schroeder assumes the bulk of the dental prescriptions were for wisdom-tooth extractions, though he had no way to determine why they were prescribed.

Of the almost 15,000 adolescents and young adults who received initial opioid prescriptions in 2015 from dentists, 6.9 percent received at least one more prescription three months to one year later — a red flag for persistent opioid use. Moreover, 5.8 percent were diagnosed with opioid abuse within a year of the first prescription.

The numbers looked especially troublesome for girls and women. More than 10 percent of female 16- to 25-year-olds who received a dental opioid prescription in 2015 were diagnosed with opioid abuse within the year.

“The key message here is we need to be careful with opioid prescribing from day one,” said Caleb Alexander, co-director of the Johns Hopkins Center for Drug Safety and Effectiveness.

“Your child’s receipt of opioids after a dental procedure may lead to long-term use or worse,” said Alexander, who was not involved with the study.

Kolodny called for a change in dental prescribing as a result of the new findings.

P. Angela Rake already has changed. Over the past two years, she has slashed the number of opioid pills she prescribes in her Minneapolis-area oral surgery practice.

She used to routinely prescribe 12 to 20 opioid pills to patients whose wisdom teeth she removed. Now she gives just half opioid prescriptions, and when she does, she prescribes half as many pills.

“Our prescribing patterns have greatly changed since 2015,” said Rake, a professor at the University of Minnesota School of Dentistry, who was not involved with the new study. “We have all reeducated ourselves and are in the process of changing prescribing patterns.”

“When opioids were brought onto the market, we didn’t know the risks. Now we do,” she said.

Almost six times as many people died of opioid overdoses in 2017 than in 1999, when pharmaceutical companies began promoting opioids as a means to extinguish pain.

In general, opioid prescribing has declined “modestly” since 2015, Alexander said.

Another recent study examined the insurance claims of almost 71,000 people between the ages of 13 and 30. Those who filled opioid prescriptions following wisdom-tooth extractions from 2009 through 2015 were nearly three times more likely than those who didn’t take home opioids to be filling narcotic painkiller prescriptions long after any surgical pain should have subsided.

That study and the new one are consistent with research in hospitals and other clinical settings showing that a single prescription can set up patients for long-term use and abuse, Schroeder said.

“Historically, we’ve tended to underestimate how important the first opioid prescription can be,” Alexander said. “This new study shows that the first prescription may be terribly important because it’s a powerful predictor of long-term opioid use.”

“We’ve tended to overestimate the benefits of opioids and underestimate the risks in so many clinical settings at great cost to public health,” he said.

For years, health-care researchers ignored dental prescribing as a contributor to the opioid epidemic, Kolodny said. Initially, they focused on nonmedical drug use, keeping kids out of their grandparents’ medicine cabinets. When investigators turned to the problem of overprescribing, they looked first at chronic pain patients.

Studying dental prescribing has been complicated by dentistry being managed separately from other parts of the health-care system, Schroeder said. Most researchers have not had access to dental claims, he said. He used a medical database and searched for dental prescribers.

Researchers have no way to predict who might develop an opioid addiction. “This is one of the reasons that it is so important that we prevent the overuse of opioids in the first place,” Alexander said. “Wisdom-tooth removal is a classic example of where opioids have been overused, and, unfortunately, at great expense.”

From The Washington Post as found here: Study : Dental Painkillers