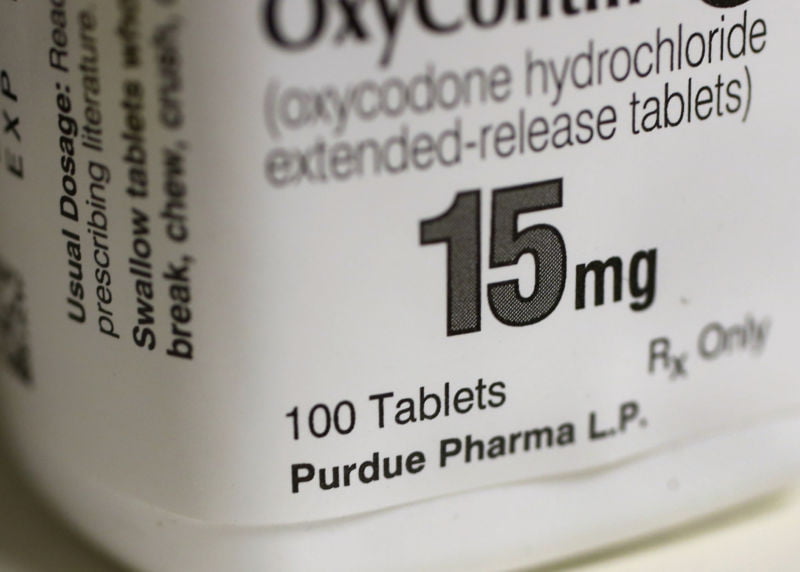 Secretive, wealthy Sackler family is at the heart of the opioid crisis, lawsuit alleges.

With the opioid epidemic raging, you may at this point be familiar with Purdue Pharma. It makes the powerful painkiller OxyContin and has been widely blamed for igniting the current crisis.

After debuting OxyContin in 1996, Purdue raked in billions using aggressive and deceptive sales tactics, including ratcheting up dosages of the addictive opioid while lying about its addictiveness. As OxyContin prescriptions soared, opioid overdose deaths increased six-fold in the US, killing more than 400,000 people between 1999 and 2017. Of those deaths, around 200,000 involved prescription opioids specifically.

In 2007, Purdue and three of its executives pleaded guilty in federal court to misleading doctors, regulators, and patients about the addictiveness of OxyContin. The company has seen a flurry of lawsuits making similar allegations since then.

What you may be less aware of is the wealthy, philanthropic family behind Purdue: the Sacklers. Before the opioid epidemic, the family name was mostly associated with museums and prestigious universities, including art galleries at the Smithsonian Institution and Harvard. The Sacklers have worked to keep their good name and mostly stay out of the spotlight. But new, explosive court filings in a case brought by the state of Massachusetts stand to further thwart the family’s efforts.

Documents released this week (PDF) allege—and include new, rather damning evidence—that members of the Sackler family not only knew about the illegal and loathsome activities at Purdue, but they personally directed them. Members of the Sackler family, particularly Richard Sackler, aggressively pushed for extreme sales figures—and profits—which they accomplished in part by bullying their sales representatives; targeting vulnerable patients, such as the elderly and veterans; suggesting that the addictive opioid was an alternative to safe medications like Tylenol; and encouraging doctors to write longer and higher dose prescriptions, according to the lawsuit. All the while, the family allegedly dismissed evidence of OxyContin’s addictiveness and blamed patients for their addictions—referring to them as “reckless criminals.”

When Purdue first planned to sell OxyContin (oxycodone), the Sacklers pitched the idea of downplaying its abuse potential and selling it as an uncontrolled drug in other countries, according to documents referenced in the lawsuit. This spurred OxyContin developer Robert Kaiko to email Richard Sackler, a senior vice president at the time and the billionaire son of the late Raymond Sackler, who bought Purdue in 1952 with his brother Mortimer.

Kaiko told Richard Sackler that he was “very concerned” by the idea of selling OxyContin as an uncontrolled drug. “[O]xycodone containing products are still among the most abused opioids in the US,” Kaiko wrote. “If OxyContin is uncontrolled… it is highly likely that it will eventually be abused.”

Richard responded to Kaiko, asking, “How substantially would it improve your sales?”

At OxyContin’s launch party, Richard was optimistic about the drug’s market potential, saying that  “the launch of OxyContin Tablets will be followed by a blizzard of prescriptions that will bury the competition. The prescription blizzard will be so deep, dense, and white…”

In 1999, Richard became CEO of Purdue, and the company hired hundreds of sales representatives. They were trained to tell doctors that the risk of OxyContin addiction was “less than one percent,” the lawsuit alleges. In the subsequent years, it became clear that the statistic was a lie. In 2001, when a federal prosecutor reported 59 OxyContin overdose deaths in one state, Richard wrote in an email to Purdue executives: “This is not too bad. It could have been far worse.”

With the realities of addiction and overdose becoming apparent, Richard suggested blaming the patients rather than the company’s drug. “[W]e have to hammer on the abusers in every way possible,” he wrote in a confidential email. “They are the culprits and the problem. They are reckless criminals.”

As federal prosecutors closed in, Richard and other members of the Sackler family resigned from their positions at the company and tried to distance themselves from the company’s efforts. In 2007, the family voted that Purdue should enter a plea agreement on the federal charges of fraudulent and misleading OxyContin marketing, agreeing to state that “Purdue is pleading guilty as described above because Purdue is in fact guilty.” Yet none of the Sacklers were accused of wrongdoing in the case nor have they faced any legal penalty.

After the guilty plea, the Sacklers were ostensibly less involved with the company, which was supposedly working on cleaning up its act. It agreed to enter into a Corporate Integrity Agreement with the US government, for instance. But according to the lawsuit, the Sacklers were secretly still just as involved as ever, and the company violated its integrity agreement with continued deception.

The more-than-300-page legal filing goes on to document repeated instances in which members of the Sackler family pestered Purdue staff and set ever-increasing targets for sales and profits. Richard in particular would demand frequent sales reports and figures, often on holidays and weekends.

From 2007 to 2016, Purdue increased its sales force from around 300 reps to 700 reps, apparently to meet the demands of the Sacklers, according to the suit. The family pushed for reps to sell more and more opioids, at higher dosages, despite the fact that these were more dangerous. They also required sales representatives to meet an average of 7.5 prescribers a day and get those prescribers to commit to prescribing more and more opioids.

In 2011, Richard even wanted to shadow two reps as they went out to doctor office visits. The vice president of sales, Russell Gasdia, appealed to Purdue’s chief compliance officer to try to block Richard’s involvement, arguing that it was “a potential compliance risk” in an email. The compliance officer, Bert Weinstein, responded, “LOL… We agreed Richard needs to be mum and be anonymous.”

Meanwhile, the Sacklers continued to pour money into university ties, specifically the Massachusetts General Hospital Purdue Pharma Pain Program and the Masters of Science in Pain Research, Education, and Policy (“MSPREP Program”), the lawsuit notes. This enabled Purdue to garner good faith from budding doctors and favorable views of opioid use in pain treatments.

But as the opioid blizzard Richard had predicted reached a blinding epidemic of overdoses, the Sacklers again began to retreat. Richard and other family members resigned from Purdue’s board of directors last year. At the same time, Purdue agreed to stop aggressively promoting OxyContin.

In a statement emailed to Ars by Bob Josephson, executive director of communications at Purdue, the company said that the lawsuit misrepresents opioid prescriptions and cherry-picked unflattering quotes from internal documents.

Massachusetts’ amended complaint irresponsibly and counterproductively casts every prescription of OxyContin as dangerous and illegitimate, substituting its lawyers’ sensational allegations for the expert scientific determinations of the Food and Drug Administration (FDA) and completely ignoring the millions of patients who are prescribed Purdue Pharma’s medicines for the management of their severe chronic pain.

The statement noted that the FDA had determined that Purdue’s opioids were safe and effective for their intended use and that the company had fulfilled the requirements of its Corporate Integrity Agreement with the Department of Health and Human Services.

The Attorney General has cherry-picked from among tens of millions of emails and other business documents produced by Purdue. The complaint is littered with biased and inaccurate characterizations of these documents and individual defendants, often highlighting potential courses of action that were ultimately rejected by the company.

Purdue and the individual defendants will aggressively defend against these misleading allegations. In the meantime, we continue to fight for balance in the public discourse so that society can simultaneously help pain patients in need and create real solutions to the complex problem of addiction.

Last year, Richard Sackler obtained a patent for a drug that can be used to treat opioid addiction. The patent application notes the addictiveness of opioids.