Prepare For Change
Home ARCONTES Death of Free Speech: Criticizing Israel Will Land You in Prison 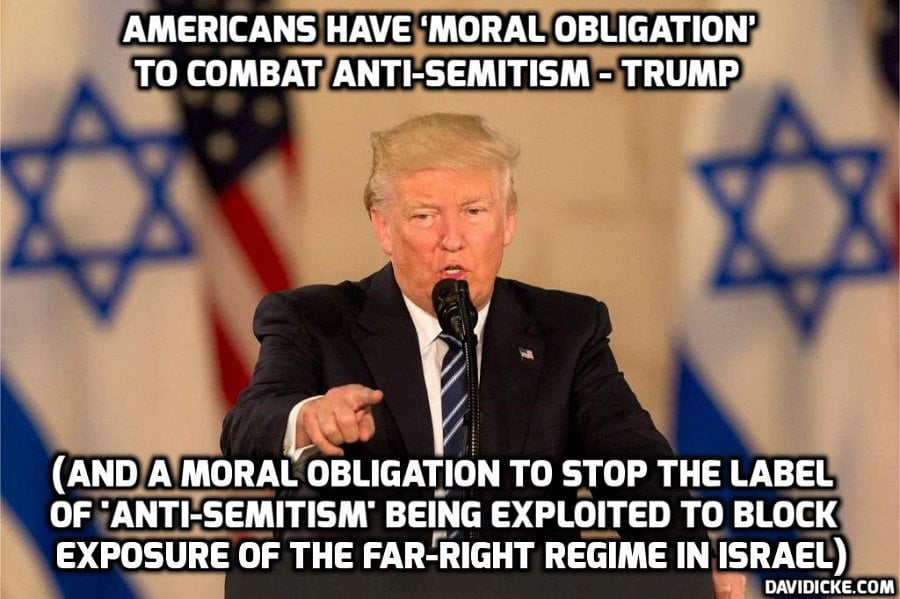 Soon, this blog will be illegal.

No, I’m not selling drugs or peddling child pornography. I write about America’s wars and the primary objective of those illegal and immoral wars—to make Israel the hegemon of the Middle East along with Saudi Arabia. All US foreign policy in that region centers on those two nations.

The following may soon be classified as hate speech and anti-semitism (as increasingly criticism of the Jewish state and its Zionist political ideology are considered crimes).

Jewish neocons found their way into the Reagan administration and later the Bush Junior White House and Pentagon. Huddled under the wing of Vice President Dick Cheney, they plotted to attack and destroy Israel’s enemies. Neocon ideologues strategized and published papers on these manufactured wars, most notably a paper presented to then Israeli president Bibi Netanyahu. It called for taking out Iraq and Syria. Israeli academics have written on this subject for decades. The nation’s early leaders engineered border provocations and false flag attacks (the Lavon Affair) to destabilize the region. Southern Lebanon is considered a valuable asset primarily for its water resources (e.g. “Operation Litani”) and the Golan Heights in Syria was occupied for its strategic value.

Israel, of course, is unable to destroy its enemies, so that task is left to America and its neocons. The American people were lied into a war on Iraq. Both Israel and the US knew Saddam Hussein didn’t have the capability to threaten Israel militarily. Beyond its oil, Iraq held little strategic value for the US and its corporatocracy. However, it did have the ability to cause trouble, especially in regard to the Palestinians.

Syria’s relationship with its Lebanese neighbor and its stubborn refusal to simply handover the occupied Golan to the Israelis is also a problem. It was one of several objectives behind a manufactured color revolution in Syria under the aegis of the “Arab Spring,” an objective that has thus far resulted in the murder of around 600,000 Syrians.

The Bush era neocons (including John Bolton, now national security adviser, and Elliot Abrams, a key Bush coconspirator) had an ambitious laundry list of nations to be destroyed—Iraq, Syria, Lebanon, and importantly Iran, the only serious challenger to Israel. The Obama administration added Libya and began covert operations in Africa.

Trump took the baton from Obama after he told us he wasn’t into “nation-building” and was a populist “America First” noninterventionist. The American people were lied to again, but then this is now normal behavior.

After 9/11 and years of aggressive war propaganda, it is now common for the American people to believe these lies. Meanwhile, endless diversion in the form of super-hyper and potentially violent partisanship between factions of the establishment political class keep most Americans distracted from larger issues—war and the bankster-rigged economy. It should be noted that criticism of central banks and monetary policy are also considered hateful antisemitism.

In short, US foreign policy, directed by high-level neocons, is not conducted in the interest of the American people. It benefits Israel, which also takes billions every year from the American taxpayer.

Bush the intellectual midget was unable to provide and explanation why nuclear and biological weapons were not found in Iraq—instead, he made a comedy routine out of this “intelligence failure” and the systematic murder of eventually well over a million Iraqis. In truth, WMDs were not the reason for the invasion and occupation. The real objective was to produce violent sectarianism and division, thus making sure Iraq was preoccupied with its own serious problems and not calling for Palestinian justice. The same basic plan was reproduced in Libya, another oil-rich nation with a strong sense of pan-Arab nationalism, thus aligned with the Palestinians and regarding Israel as a renegade Zionist apartheid state.

Donald Trump’s sycophantic fawning over Israel—undoubtedly under the influence of his Orthodox Jewish son-in-law—has opened the floodgates: the US embassy moved to Jerusalem, Trump signed off on Israel’s theft of Syria’s Golan Heights, and of most value for Israel, the US under Trump is ramping up rhetoric, imposing additional sanctions, and promising military action against Iran. The latest move: Trump has designated Iran’s Revolutionary Guard as a terrorist organization (and the Iranians in turn designated the US Central Command as a terrorist organization).

Such criticism of Israel will soon be illegal. Democrats and Republicans are working together to make criticism of Israel a criminal offense. South Carolina passed a law making it illegal to boycott Israel, while Florida passed legislation outlawing antisemitic thoughtcrime. Tennessee worked to pass what it calls the Anti-Semitism Awareness Bill. After this failed to gain traction, Tennessee passed a resolution declaring unequivocal support for Israel. At the same time, the US House enacted a resolution “condemning anti-Semitism” following remarks made by House freshman Rep. Ilhan Omar’s criticism of AIPAC and the influence of Israeli-American lobbying.

Now that criticism of Zionism and the Israeli state is on par with throwing Jews in crematoria ovens—according to the propaganda media and a manipulative ruling elite—we can expect any principled discussion of Israel, its treatment of the Palestinians, and its effort in unison with the neocons to get a shooting war going with Iran, to be punished by muzzle, fines, and possible prison time.

Remarkable or not, this situation—most prominently the disassembly of the First Amendment and another devastating war—is hardly even a minor concern for many Americans. The criminalization of speech is something that happened in Nazi Germany, Stalinist Russia, and East Germany under the watch of the Stasi, and we were told it was impossible in America with our bounty of rights.

Those rights—rights we are born with—are now increasingly denied by law. In the near future, such laws may be used to shutdown any number of websites and social media accounts that dare criticize Israel, as that criticism—that speech—is now equivalent to violence.