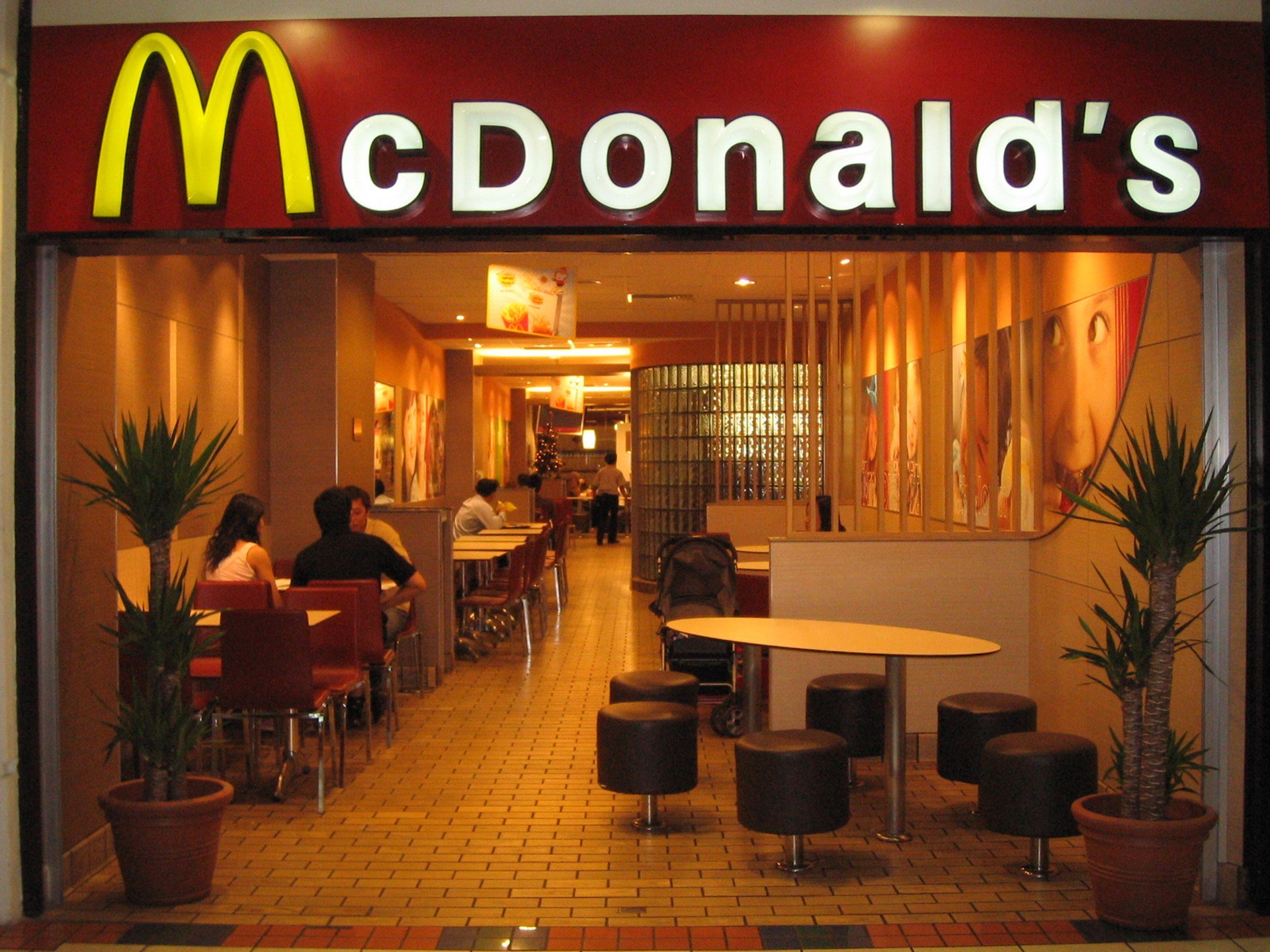 The world’s largest fast food company will be just fine. But what about workers? 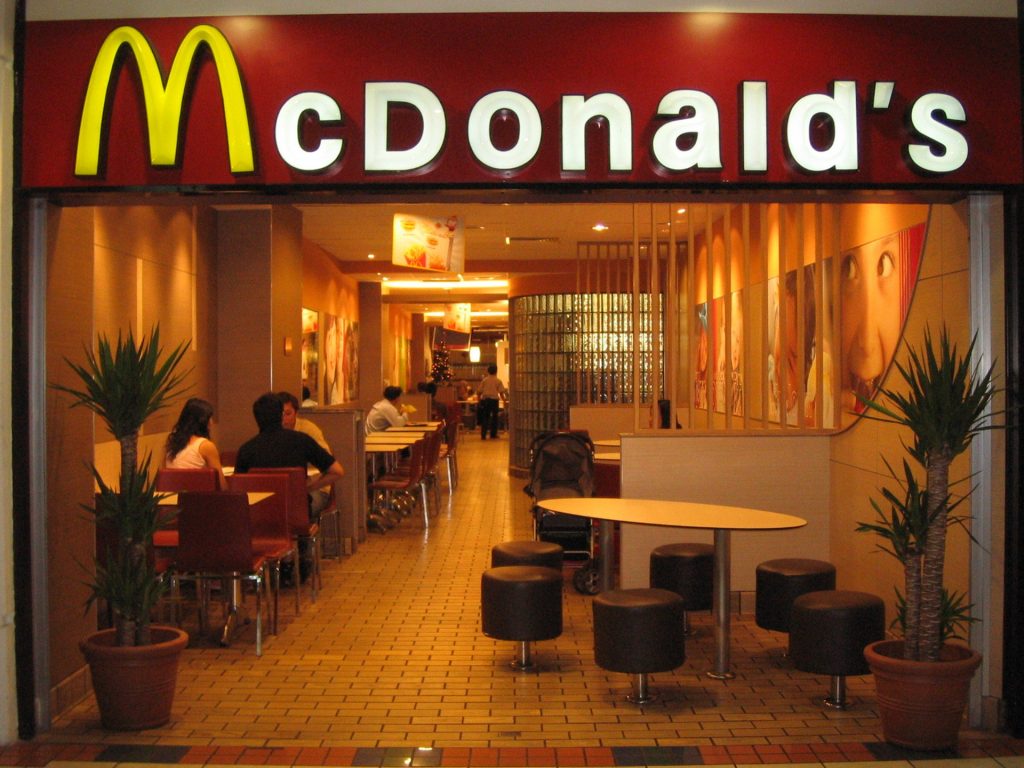 McDonald’s recently announced it will no longer participate in lobbying designed to thwart minimum wage hikes at the local, state, or federal level.

By sticking together and taking action on the job, courageous workers in the Fight for $15 and a Union have forced McDonald’s — the second-biggest employer in the world — to drop its relentless opposition to higher pay,

Perhaps Ms. Henry should have added “for now” as a caveat to McDonald’s vaunted status as a world-leading employer.

Rise of the Machines?

I recently took my daughter to breakfast at McDonald’s. After not seeing anyone at the register, I observed one of those futuristic-looking digital kiosks on the wall.

I hadn’t used a kiosk to order food before, but it took all of 90 seconds to place my order. (My daughter got the Big Breakfast and chocolate milk; I got a bacon, egg, and cheese biscuit.) The machine printed out a receipt, which I took to the counter where a young woman was working a register. McDonald’s slashed its labor force by more than 50 percent from 2013 to 2018, despite adding thousands of restaurants around the world.

I swiped my credit card and—voila—the transaction was over. It did not occur to me until later that my experience that morning was the future of fast food.

McDonald’s last year announced that by 2020, most of their more than 14,000 locations will have self-serving kiosks, with 1,000 stores adding them every quarter over 24 months.

This is hardly news. What I found surprising was that the fast food giant’s trend of reducing its labor force was well underway before this announcement. Data show that McDonald’s slashed its labor force by more than 50 percent from 2013 to 2018, from 440,000 to 210,000, despite adding thousands of restaurants (see Chart 2) around the world.*

Fast Food and the Costs of Labor

People who call for minimum wage increases often fail to realize that these laws affect businesses in very different ways. Facebook and McDonald’s are both huge, multi-billion-dollar companies. But Facebook, where the median salary is $240,000, is going to be much less affected by a minimum wage hike than McDonald’s.

It should be noted that McDonald’s’s reduction in staff began in 2014, the same year the Affordable Care Act went into effect. This was no coincidence. Nor was the installation of digital kiosks, which reportedly were installed as part of a $2.4 billion expansion effort. That’s a lot of money. But those costs have two important benefits: they are one-and-done, and they are predictable. Unlike the cost of labor, McDonald’s doesn’t have to worry about these prices doubling on the whim of politicians.

The world’s largest fast food company will be just fine. But what about workers?

McDonald’s leadership, reading the landscape of labor and politics, at some point made a strategic decision to drastically reduce employees.

It was a wise decision. The world’s largest fast food company is doing just fine. It posted double-digit earnings growth of 14 percent last year, and its stock is surging. But what about workers?

Many people complain that automation kills jobs. This is not true. It’s more precise to say that automation replaces some jobs with other jobs. The economist Yale Brozen explained this phenomenon in a 1965 lecture on automation at Wabash College:

Automation causes displacement. Some people do become unemployed because of it, although most firms retrain and place employees in new jobs when eliminating old jobs. However, automation does not create unemployment. The number of jobless men is not greater than it would have been if no automation had occurred.

This does not mean some workers are not harmed by these displacements. Unskilled workers, Brozen explained, are disproportionately impacted by minimum wage laws that increase the price of unskilled labor through artificial means.

Increasing the price of unskilled workers so greatly relative to that of skilled workers unduly penalizes the hiring of the unskilled. It is fortunate that the proportion of the work force that is unskilled has been diminishing. Otherwise, the unemployment problem would be more severe than it is, given the increases in minimum-wage rates that have occurred. The doom-criers who are alarmed about automation say that “a permanently depressed class is developing in the United States.” If there is such a class, it is caused by [legislation], not by automation.

Few economists would argue with the idea that low-skilled workers are disproportionately impacted by any negative consequences associated with a given minimum wage hike. The group most likely to be affected by such laws, Milton Friedman once observed, are teens.

In a 2018 Forbes article, one former McDonald’s worker agreed, noting he likely wouldn’t be hired by the chain today. He started out as an inexperienced “grill man” in 1966, making just 85 cents an hour. He was promoted to restaurant manager within the year, though, and eventually went on to hold “almost every position available throughout the company.”

*McDonald’s franchise employees are not included in these figures.

Jonathan Miltimore is the Managing Editor of FEE.org. His writing/reporting has appeared in TIME magazine, The Wall Street Journal, CNN, Forbes, Fox News, and the Washington Times.

Reach him at [email protected]