Prepare For Change
Home Awakening While you’re sleeping, your iPhone stays busy — snooping on you 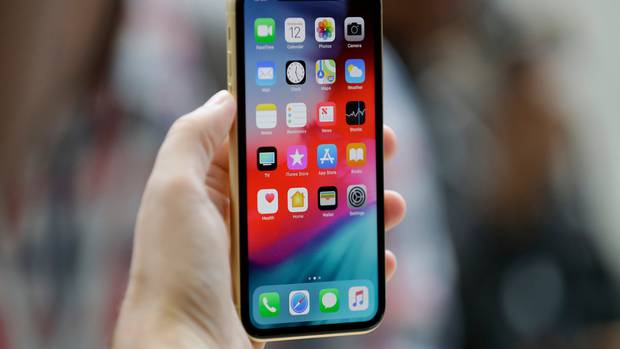 By: Geoffrey A. Fowler,

It’s 3am. Do you know what your iPhone is doing?

Mine has been alarmingly busy. Even though the screen is off and I’m snoring, apps are beaming out lots of information about me to companies I’ve never heard of. Your iPhone probably is doing the same – and Apple could be doing more to stop it.

On a recent Monday night, a dozen marketing companies, research firms and other personal data guzzlers got reports from my iPhone. At 11.43pm, a company called Amplitude learned my phone number, email and exact location. At 3.58am, another called Appboy got a digital fingerprint of my phone. At 6.25am, a tracker called Demdex received a way to identify my phone and sent back a list of other trackers to pair up with.

And all night long, there was some startling behaviour by a household name: Yelp. It was receiving a message that included my IP address – once every five minutes.

Our data has a secret life in many of the devices we use every day, from talking Alexa speakers to smart TVs. But we’ve got a giant blind spot when it comes to the data companies probing our phones.

You might assume you can count on Apple to sweat all the privacy details. After all, it touted in a recent ad, “What happens on your iPhone stays on your iPhone.” My investigation suggests otherwise.

IPhone apps I discovered tracking me by passing information to third parties – just while I was asleep – include Microsoft OneDrive, Intuit’s Mint, Nike, Spotify, the Washington Post and IBM’s the Weather Channel. One app, the crime-alert service Citizen, shared personally identifiable information in violation of its published privacy policy.

And your iPhone doesn’t feed data trackers only while you sleep. In a single week, I encountered over 5400 trackers, mostly in apps, not including the incessant Yelp traffic. According to privacy firm Disconnect, which helped test my iPhone, those unwanted trackers would have spewed out 1.5 gigabytes of data over the span of a month. That’s half of an entire basic wireless service plan from US telecommunictions company AT&T.

“This is your data, why should it even leave your phone? Why should it be collected by someone when you don’t know what they’re going to do with it?” says Patrick Jackson, a former National Security Agency researcher who is chief technology officer for Disconnect. He hooked my iPhone into special software so we could examine the traffic. “I know the value of data, and I don’t want mine in any hands where it doesn’t need to be.”

In a world of data brokers, Jackson is the data breaker. He developed an app called Privacy Pro that identifies and blocks many trackers. If you’re a little bit techie, I recommend trying the free iOS version to glimpse the secret life of your iPhone.

Yes, trackers are a problem on phones running Google’s Android, too. Google won’t even let Disconnect’s tracker-protection software into its Play Store. (Google’s rules prohibit apps that might interfere with another app displaying ads.)

Part of Jackson’s objection to trackers is that many feed the personal data economy, used to target us for marketing and political messaging. Facebook’s fiascos have made us all more aware of how our data can be passed along, stolen and misused – but Cambridge Analytica was just the beginning.

Jackson’s biggest concern is transparency: If we don’t know where our data is going, how can we ever hope to keep it private?

App trackers are like the cookies on websites that slow load times, waste battery life and cause creepy ads to follow you around the Internet. Except in apps, there’s little notice trackers are lurking and you can’t choose a different browser to block them.

Why do trackers activate in the middle of the night? Some app makers have them call home at times the phone is plugged in, or think they won’t interfere with other functions. These late-night encounters happen on the iPhone if you have allowed “background app refresh,” which is Apple’s default.

With Yelp, the company says the behaviour I uncovered wasn’t a tracker but rather an “unintended issue” that’s been acting like a tracker. Yelp thinks my discovery affects 1 per cent of its users, particularly those who’ve made reservations through Apple Maps. At best, it is shoddy software that sent Yelp data it didn’t need. At worst, Yelp was amassing a data trove that could be used to map people’s travels, even when they weren’t using its app.

A more typical example is DoorDash, a food-delivery service. Launch that app, and you’re sending data to nine third-party trackers – though you’d have no way to know it.

App makers often use trackers because they’re shortcuts to research or revenue. They run the gamut from innocuous to insidious. Some are like consultants that app makers pay to analyse what people tap on and look at. Other trackers pay the app makers, squeezing value out of our data to target ads.

In the case of DoorDash, one tracker called Siftscience gets a fingerprint of your phone (device name, model, ad identifier and memory size) and even accelerometer motion data to help identify fraud. Three more trackers help DoorDash monitor app performance – including one called Segment that routes onward data including your delivery address, name, email and cell carrier.

The delivery company tells me it doesn’t allow trackers to sell or share our data, which is great. But its privacy policy throws its hands up in the air: “DoorDash is not responsible for the privacy practices of these entities,” it says.

All but one of DoorDash’s nine trackers made Jackson’s naughty list for Disconnect, which also powers the Firefox browser’s private browsing mode. To him, any third party that collects and retains our data is suspect unless it also has pro-consumer privacy policies like limiting data retention time and anonymising data.

Microsoft, Nike and The Weather Channel told me they were using the trackers I uncovered to improve performance. Mint, owned by Intuit, said it uses an Adobe marketing tracker to help figure out how to advertise to Mint users. The Post said its trackers were used to make sure ads work. Spotify pointed me to its privacy policy.

Privacy policies don’t necessarily provide protection. Citizen, the app for location-based crime reports, published that it wouldn’t share “your name or other personally identifying information.” Yet when I ran my test, I found it repeatedly sent my phone number, email and exact GPS coordinates to the tracker Amplitude.

After I contacted Citizen, it updated its app and removed the Amplitude tracker. (Amplitude, for its part, says data it collects for clients is kept private and not sold.)

“We will do a better job of making sure our privacy policy is clear about the specific types of data we share with providers like these,” Citizen spokesman J. Peter Donald said. “We do not sell user data. We never have and never will.”

The problem is, the more places personal data flies, the harder it becomes to hold companies accountable for bad behaviour – including inevitable breaches.

As Jackson kept reminding me: “This is your data.”

What disappoints me is that the data free-for-all I discovered is happening on an iPhone. Isn’t Apple supposed to be better at privacy?

“At Apple we do a great deal to help users keep their data private,” the company says in a statement. “Apple hardware and software are designed to provide advanced security and privacy at every level of the system.”

In some areas, Apple is ahead. Most of Apple’s own apps and services take care to either encrypt data or, even better, to not collect it in the first place. Apple offers a privacy setting called “Limit Ad Tracking” (sadly off by default) which makes it a little bit harder for companies to track you across apps, by way of a unique identifier for every iPhone.

And with iOS 12, Apple took shots at the data economy by improving the “intelligent tracking prevention” in its Safari web browser.

Yet these days, we spend more time in apps. Apple is strict about requiring apps to get permission to access certain parts of the iPhone, including your camera, microphone, location, health information, photos and contacts. (You can check and change those permissions under privacy settings.) But Apple turns more of a blind eye to what apps do with data we provide them or they generate about us – witness the sorts of tracking I found by looking under the covers for a few days.

“For the data and services that apps create on their own, our App Store Guidelines require developers to have clearly posted privacy policies and to ask users for permission to collect data before doing so. When we learn that apps have not followed our Guidelines in these areas, we either make apps change their practice or keep those apps from being on the store,” Apple says.

Yet very few apps I found using third-party trackers disclosed the names of those companies or how they protect my data. And what good is burying this information in privacy policies, anyway? What we need is accountability.

Getting more deeply involved in app data practices is complicated for Apple. Today’s technology frequently is built on third-party services, so Apple couldn’t simply ban all connections to outside servers. And some companies are so big they don’t even need the help of outsiders to track us.

The result shouldn’t be to increase Apple’s power. “I would like to make sure they’re not stifling innovation,” says Andrés Arrieta, the director of consumer privacy engineering at the Electronic Frontier Foundation. If Apple becomes the Internet’s privacy police, it could shut down rivals.

Jackson suggests Apple could also add controls into iOS like the ones built into Privacy Pro to give everyone more visibility.

Or perhaps Apple could require apps to label when they’re using third-party trackers. If I opened the DoorDash app and saw nine tracker notices, it might make think twice about using it.