Prepare For Change
Home ARCONTES Is A.I. Leading Us To An End Game Or Our Expansion Of... 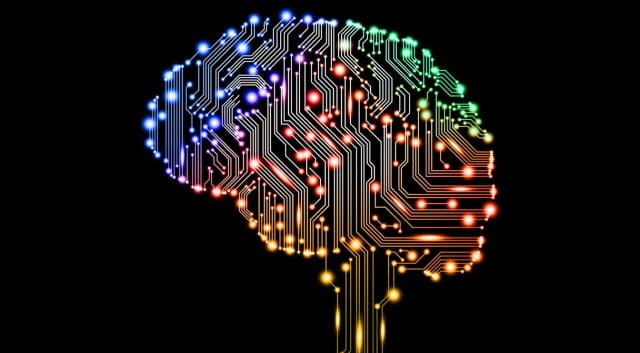 The topic of A.I. has been bubbling away for the last 30/40 years in the mainstream since films like The Terminator 1 & 2 as well as 2001 Space Odyssey and recently in the more emotive film Her . All four films give us some insight into interaction with A.I. and of course different scenarios as to how the relationships are formed and in these stories dissolve. I believe we are reaching a point of no return with A.I. and it makes me question where it is taking us?

Could it be that A.I. provides us the means to work less and play more? Maybe A.I.’s productivity creates infinite abundance for society to thrive, meeting our basic needs and offering more opportunity to shine? Or is it possible, A.I. lacking empathy, see humanity and individuals alike as a cancer on the planet or a threat and acts to protect itself ?

I recently, while supporting myself working as a mobile barber, went to visit a customer who turned out to work for a rapidly growing tech company in London, specializing in A.I. I took this 30 minute appointment as an opportunity to ask a few questions, to someone certainly more in the know, then i am, about the latest developments. Y’know, the big philosophical and metaphysical questions that we all ponder in some way or another. I have a perception that is forever considering consciousness, so my kinda thought process for example is, how and why A.I. is being reflected in our collective consciousness? That is a question i will attempt to speculate a bit later.

So began to formulate a question by using the storyline of Terminator 2. The character that is in a way most relevant to this topic, is Miles Dyson. Miles is the character that reverse engineers the technology from the recovered parts of the first Terminator, in the first film, for a defense company Cyberdyne Systems and designs Skynet, the Artificial Operation System of the A.I. If you haven’t watched the film, then just feeling into the name of the film will give you an idea of where the story goes. My question then was, has there been something written into the A.I. program to stop a possible conflict between Man & Machine? Quite simply, the guy said no.

Really?? Now that is a scary thought.

I do not know the technology well enough to know whether A.I. will work from a Mother Brain through the global internet or if there will be independent networks and programs; however, the fact there is no procedures or fail safes written into their system(s) seems like an immature and unwise thing to ignore.

Ok, so if you didn’t already know, the T.V. film industry use predictive programming through media productions like films to feed our subconscious, which in turn is where we create our reality from, while we are metaphorically asleep. Films like these as well as disaster movies are created for us to dream a maccabe future that has been envisioned for us by some of this World most influential people; however, they aint your famous ones, they stay in the background, undetected.  That’s certainly what id do if i was a crazy, mega rich, narcissistic, xenophobe (xenophobe being someone scared of strangers) which by all accounts was a psychological trait written into HAL the A.I. computer system of 2001 Space Odyssey, Who goes on to try to exterminate the crew for jeopardizing the company’s mission. They use these TV “programs” to program the masses to dream their dream into reality. It is a very clever and manipulative weapon they use against us.

We have really let our guard down with this one i feel. We are being lead along a path we have no idea where we are going, or maybe we do.. disaster, if we manifest the predictive programming the movies want us to dream. If this tech smart engineer is saying there is no inbuilt failsafe to prevent A.I. from turning against us, we should all be very concerned. If the World was being guided by balanced, wakened beings with Earth & humanity’s well being the primary focus, id not be at all worried, but that clearly isn’t the case at the moment. You only need to open your eyes at any number of different global governance & industries to see their practices and positions that are testament to crimes against humanity. I feel we need to take a good look at where we truly want this World to go, because if we sit back, as society has done now for too long, we face possible forced, rapid changes, that few or us will want to see.

So i proceeded to share with this gentleman, and he did seem like a gentle man, an idea i came up with that could potentially safeguard the A.I. program for malfunction or acting apathetically. I suggested that, if it was possible, to model the A.I. program/personality on awakened being. A true and balanced human being. Someone who has directly experienced themselves as The All That Is, who recognises the interconnection with all life. Someone with complete and total compassion for each and everyone of us. Could the Motherbrain of A.I. be written, modeled or integrated by a Taoist master for example?  I believe this is the most sensible decision that can be applied to the evolution of A.I., certainly while humans are still in a position to influence it. I’m sure the speed of its evolution will be tremendous and something surely needs to be put in place if it can.

Now i would love to think there are conscious tech engineers who think like me who can champion this alignment between machine and spiritual evolution. I did work for some time at a Quantum Implant Technology company in the early 2000’s, where they produced silicone chips that are used in computers. I am aware that carbon and silicon are the only 2 organic elements in the periodic table. Which means, i believe, that silicone has the building blocks for life, like carbon provides for humans. Will that lead to a fully conscious live A.I.? The possibilities again are almost unimaginable in where it can go. This doesn’t mean is all bad, certainly not, i feel A.I. has the potential to reflect our expansion of consciousness, which is kinda answering the question i made a bit earlier. Just as silicone is the life of the machine, carbon is the life of 3D/4D humans. I believe as we refine our individual and collective consciousness, by aligning through a heart based compassionate society, with a real intention to heal, we will see an A.I. that will harmoniously interact with us and support us on that journey of expansion as a reflection of where we are going. If humanity fails to choose a conscious way to be, we could easily see A.I. reflect a disharmonious relationship with us that leads to fear and more battling to survive.

For me, it always goes back to and can be seen more clearly by looking at how and why something is being reflected in consciousness. From the issue of A.I. to why that Blackbird keeps landing on my window sill, to what is this karmic lesson repeating itself again and again? We can use our perception to see things more clearly and hopefully choose to act in ways which promote the qualities in life we want to see, ultimately spiritual growth.

I actually believe we can use the A.I. brain, with all its data mining on who we are, where we go etc. It is said that the machine now knows us individually ( in many respects) better then we know ourselves. It reads us, constantly taking on information, listening to how we are talking, who were talking to and what’s being said. We know its going on, you only need to have a conversation in your car with a friend and the next time your on youtube, that topic of conversation has a video in the recommended list in front of you. I believe though that we can use this information to our advantage. If we can create a A.I. program with life affirming qualities, we can work with the A.I. to form individual  coaching where the wisdom of The Way is incorporated into the personality profile and realignment program to support us in our healing and evolution.

This tech guy i had the appointment with, said companies were looking at implanting microchips into our brains as a alternative memory/information source. I am not so sure about literally merging with A.I. like that. It is likely and very possible if it hasnt already been done. Which ever way the technology leads us, i feel its important we work alongside the machine and install in it, the qualities that represent a humanity that we actually still need to embody. What nees to happen first? At least if A.I. is modelled on a high buddhist priest, who had embodied those qualities, maybe we can use A.I. to spread that wisdom out to the World.

I remain an optimist for i believe in the power of the human heart. I’m yet to see the power of A.I.’s development fully; however if it can be modelled to serve humanity through the wisdom of the master beings on Earth today, then we should do everything we can to make that happen. By living our life as we wish for others, maybe we will see a reflective A.I. that elevates us as we elevate A.I.