Prepare For Change
Home Education Lawsuit Launched After Michigan School Suspends Students For What They Did At... 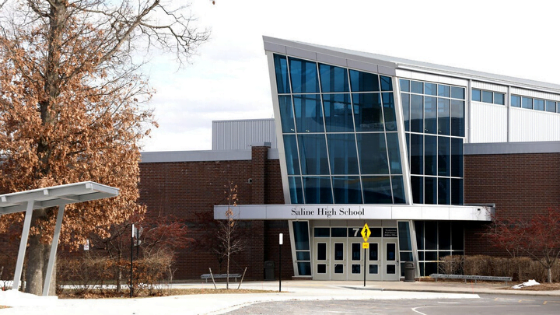 Leftists are not shy about the fact that they believe parents should have only limited rights when it comes to raising their own children. Some  politicians even believe the government is better equipped to raise children than parents are, and they make this no secret. One school district in Michigan recently  decided to give merit to this theory by punishing a group of students for behavior that occurred at home, on a weekend.

Now they’re being sued for doing so, and rightfully so.

The case has been filed in U.S. District Court in Michigan on behalf of four students who summarily were suspended from the Saline High School because of a private snapchat conversation.

The school found out about the offensive language that was used, and took action immediately, even though the conversation had nothing at all to do with the school, according to David Kallman, of Kallman Legal, who is working on behalf of the students and their parents.

The case asks for a declaratory judgment, damages and injunctive relief for the violation of their constitutional rights to due process and free speech.

Two of the students have been returned to classes, but two others have been recommended for expulsion, Kallman reported.

The snapchat occurred on a Sunday evening between friends and acquaintances, he reported. African-American and Caucasian children were using inappropriate and offensive language in a joking manner and in the context of immature banter among friends, Kallman reported.

As Kallman points out, “The conversation did not occur at the school, at a school event, or on any school equipment. While all the children are embarrassed by their language, it does not justify the school’s rush to judgment and overreaction.”

The bottom line is, the government absolutely does not have the right, or even the responsibility, to discipline children when they are at home under their parent’s supervision.

“This case boils down to a simple question: When a child misbehaves at home, who disciplines – the local public school or the parent? If a child gets stopped for drunk driving on a Saturday night, does the school have the right to expel that student? The answer is obvious. No. The conversation of these children had nothing to do with the school. It has no authority to discipline students for out of school misbehavior.” Kallman said.

He added, “The school is acting is acting outside the scope of its authority, has no legal right to impose the discipline carried out, and has violated our clients’ constitutional rights by their reckless and hasty rush to judgment.”

This would be a really scary and dangerous precedent to set, should the school get away with their disciplinary action against this group of kids. We can only imagine how quickly other public institutions would see this as a green light to follow suit and begin to invade the home and usurp the natural order of the family unit.

It goes on to point out that the students were sending text messages “from their homes, with their privately owned phones, on a non-school day,” which means school officials “acted outside the scope of their authority and violated plaintiffs’ rights by suspending all four of them and recommending the expulsion of two of them for the expression contained in the text messages.”

While the messages could be described as “inappropriate and immature,” according to the complaint, “It was the parents … who had the right to discipline their children, not the government authorities employed by the school.”

Another interesting aspect of this case, highlighted in the complaint, is that while there were students of multiple ethnic backgrounds participating in the “inappropriate” conversation, it was only the white students who were suspended.

What’s more, as WND reports, the school went out of their way to broadcast to the community how “racist” these white students were and even contacted local and federal police authorities with the intention of bringing criminal charges.

Police grilled students without notifying them of possible penalties, and the school actually issued a statement to the entire community that the children were guilty of “an act of racism that created harm to all of our students, especially students of color.”

The school charged the students with “hate, prejudice, and racism.”

In fact, it publicly told the community that it would not tolerate “these types of despicable words and actions.”

The school claimed its authority under a provision for policies regarding students who are going to, at, or coming from school.

Further, teachers at the school used the incident “to condemn” the kids involved, and school officials actually contacted both local and federal agents, at the FBI, to try to get criminal charges filed.

Despite the school claiming they are justified in their actions because of a provision in their policies for “students who are going to, at, or coming from school,” the complaint states, “Nothing … grants any authority to defendants to police or punish speech or expression that does not occur ‘at school or a school sponsored activity or while en route to or from school or a school sponsored activity.”

Not to mention, the students weren’t even going to or from the school as it was a Sunday and they were in their own private homes.

The fact of the matter is, while their speech may have been “inappropriate and immature” it’s still protected under the First Amendment. Furthermore, public schools have no authority to chastise and punish children for behavior that occurs while they are in their parents’ care and not even at school.

Naturally, officials with the school district have declined to comment on this matter.

Pray that the court protects the rights of these students and their parents and that future attempts on behalf of government agencies to intervene in the private lives of citizens are thwarted as a result.