Prepare For Change
Home Disclosure 50 Million Americans Have Lost Their Job in Past 6 Weeks, Survey... 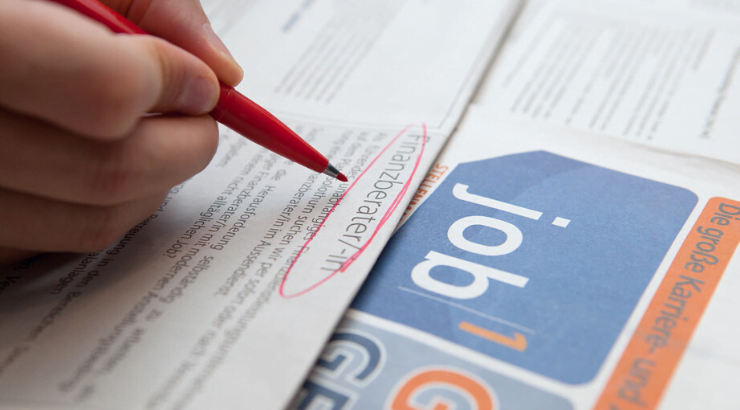 “I have nothing. As much as I don’t want my kids to see me stress out, each one has seen me cry.”

When Thursday’s initial claims report is published at 8:30am on Thursday, the Dept of Labor will confirm that the current depression unlike any seen before, with approximately 30 million Americans losing their jobs in the past 6 weeks alone. That number, however, may be underestimating the full number of of Americans who have lost their jobs by as much as 50%.

According to an online poll by the left-wing Economic Policy Institute, millions of Americans who have been thrown out of work during the coronavirus pandemic have been unable to register for unemployment benefits. The poll found that for every 10 people who have successfully filed unemployment claims, three or four people have been unable to register and another two people have not tried to apply at a time of acute economic crisis.

Official statistics show that 26.5 million people have applied for unemployment benefits since mid-March, wiping out all of the jobs gained during the longest employment boom in U.S. history, and another 3.5 million initial claims are expected to be filed this week. However, EPI’s survey indicates that an additional 8.9 million to 13.9 million people have been shut out of the system, said Ben Zipperer, the study’s lead author, which means that as of this week, just shy of 50 million American have lost their job since the start of March. “This study validates the anecdotes and news reports we’re seeing about people having trouble filing for benefits they need and deserve,” Zipperer said.

Among the reasons why idled workers have been unable to get in the “pipeline”, they claim they have encountered downed websites and clogged phone lines, as the state governments that administer the program have been overwhelmed by applicants.

“It’s a shame how you work for so many years and then when you need it, you can’t get it,” said Jim Hewes, 48, who said he was unable to file a claim online for more than two weeks after he was furloughed from his job at an Orlando, Florida, second-hand store in March. Hewes said he mailed off a paper application on April 9 but had not heard back from the state

“It’s almost set up to fail. It was made complicated so people would get discouraged and give up.”

EPI surveyed 24,607 adult internet users using Google Surveys between April 13 and April 24. The poll has a confidence interval, an indicator of accuracy, of plus or minus 1%. 9.4% of poll respondents said they had successfully applied for unemployment benefits, while 3.4% said they tried but could not get through. A further 1.9% said they did not apply because the process was too difficult.

Among the reasons for the continuing technical challenges listed by Reuters, is that states like New Jersey and Georgia have struggled to find staffers who know how to update computer systems that run on decades-old technology. Others that have moved to newer technology have also encountered technical woes. States have also had to incorporate enhanced federal benefits that provide an extra $600 per week and extend coverage to Uber drivers and other independent contractors.

On top of that, many states entered the crisis with fewer workers to handle unemployment claims as an improving economy had allowed them to cut staff.

States had the equivalent of 26,360 full-time workers in their unemployment offices in the 2018 fiscal year, according to the U.S. Labor Department, down 30% from staffing levels during the peak of the Great Recession in 2009 and 2010. Many Americans who managed to file claims have yet to receive payments weeks after they lost their jobs.

Labor Department statistics show that 71% who apply are getting payments, although that figure varies significantly by state. Florida, for example, said on Saturday it had sent payments to roughly one in five of those who had successfully submitted claims. Among those waiting are Rachel Alvarez, 44, who says she now hides snacks in her bedroom so her three children cannot eat them too quickly. The former restaurant server in Naples, Florida, says she has run through her savings since she was laid off on March 25.

“I have nothing,” she said. “As much as I don’t want my kids to see me stress out, each one has seen me cry.”