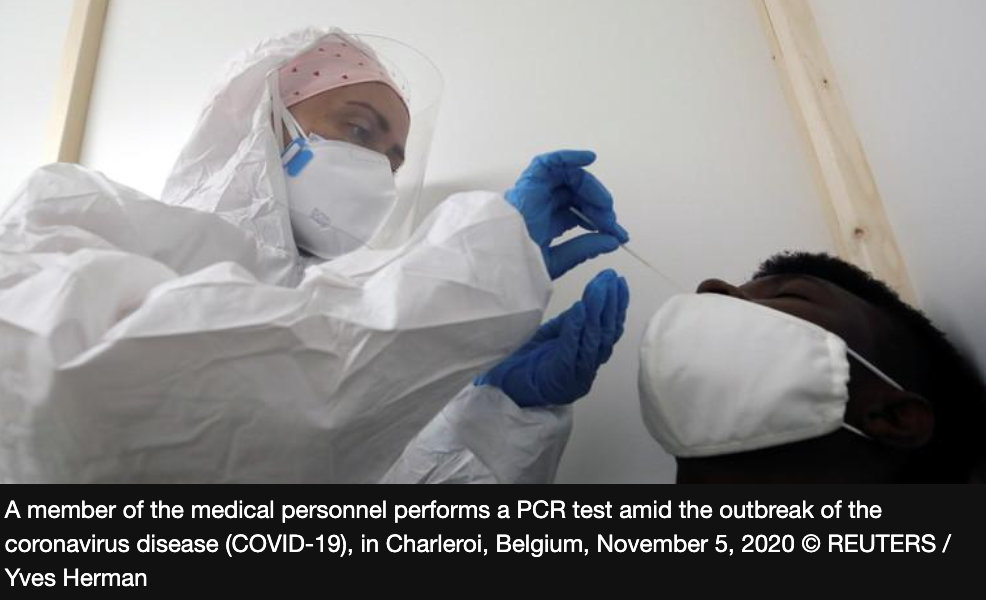 Landmark legal ruling finds that Covid tests are not fit for purpose. So what do the MSM do? They ignore it

Four German holidaymakers who were illegally quarantined in Portugal after one was judged to be positive for Covid-19 have won their case, in a verdict that condemns the widely-used PCR test as being up to 97-percent unreliable.

Earlier this month, Portuguese judges upheld a decision from a lower court that found the forced quarantine of four holidaymakers to be unlawful. The case centred on the reliability (or lack thereof) of Covid-19 PCR tests.

The verdict, delivered on November 11, followed an appeal against a writ of habeas corpus filed by four Germans against the Azores Regional Health Authority. This body had been appealing a ruling from a lower court which had found in favour of the tourists, who claimed that they were illegally confined to a hotel without their consent. The tourists were ordered to stay in the hotel over the summer after one of them tested positive for coronavirus in a PCR test – the other three were labelled close contacts and therefore made to quarantine as well.

Unreliable, with a strong chance of false positives

The deliberation of the Lisbon Appeal Court is comprehensive and fascinating. It ruled that the Azores Regional Health Authority had violated both Portuguese and international law by confining the Germans to the hotel. The judges also said that only a doctor can “diagnose” someone with a disease, and were critical of the fact that they were apparently never assessed by one.

They were also scathing about the reliability of the PCR (polymerase chain reaction) test, the most commonly used check for Covid.

The conclusion of their 34-page ruling included the following: “In view of current scientific evidence, this test shows itself to be unable to determine beyond reasonable doubt that such positivity corresponds, in fact, to the infection of a person by the SARS-CoV-2 virus.”

Tested positive? There could be as little as a 3% chance it’s correct

This is not the first challenge to the credibility of PCR tests. Many people will be aware that their results have a lot to do with the number of amplifications that are performed, or the ‘cycle threshold.’ This number in most American and European labs is 35–40 cycles, but experts have claimed that even 35 cycles is far too many, and that a more reasonable protocol would call for 25–30 cycles. (Each cycle exponentially increases the amount of viral DNA in the sample).

Earlier this year, data from three US states – New York, Nevada and Massachusetts – showed that when the amount of the virus found in a person was taken into account, up to 90 percent of people who tested positive could actually have been negative, as they may have been carrying only tiny amounts of the virus.

The Portuguese judges cited a study conducted by “some of the leading European and world specialists,” which was published by Oxford Academic at the end of September. It showed that if someone tested positive for Covid at a cycle threshold of 35 or higher, the chances of that person actually being infected is less than three percent, and that “the probability of… receiving a false positive is 97% or higher.”

While the judges in this case admitted that the cycle threshold used in Portuguese labs was unknown, they took this as further proof that the detention of the tourists was unlawful. The implication was that the results could not be trusted. Because of this uncertainty, they stated that there was “no way this court would ever be able to determine” whether the tourist who tested positive was indeed a carrier of the virus, or whether the others had been exposed to it.

It is a sad indictment of our mainstream media that such a landmark ruling, of such obvious and pressing international importance, has been roundly ignored. If one were making (flimsy) excuses for them, one could say that the case escaped the notice of most science editors because it has been published in Portuguese. But there is a full English translation of the appeal, and alternative media managed to pick it up.

And it isn’t as if Portugal is some remote, mysterious nation where news is unreliable or whose judges are suspect – this is a western EU country with a large population and a similar legal system to many other parts of Europe. And it is not the only country whose institutions are clashing with received wisdom on Covid. Finland’s national health authority has disputed the WHO’s recommendation to test as many people as possible for coronavirus, saying it would be a waste of taxpayer’s money, while poorer South East Asian countries are holding off on ordering vaccines, citing an improper use of finite resources.

Testing, especially PCR testing, is the basis for the entire house of cards of Covid restrictions that are wreaking havoc worldwide. From testing comes case numbers. From case numbers come the ‘R number,’ the rate at which a carrier infects others. From the ‘dreaded’ R number comes the lockdowns and the restrictions, such as England’s new and baffling tiered restrictions that come into force next week.

The daily barrage of statistics is familiar to us all by this point, but as time goes on the evidence that something may be deeply amiss with the whole foundation of our reaction to this pandemic – the testing regime – continues to mount.

The statements, views and opinions expressed in this column are solely those of the author and do not necessarily represent those of RT.

Peter Andrews is an Irish science journalist and writer, based in London. He has a background in the life sciences, and graduated from the University of Glasgow with a degree in Genetics