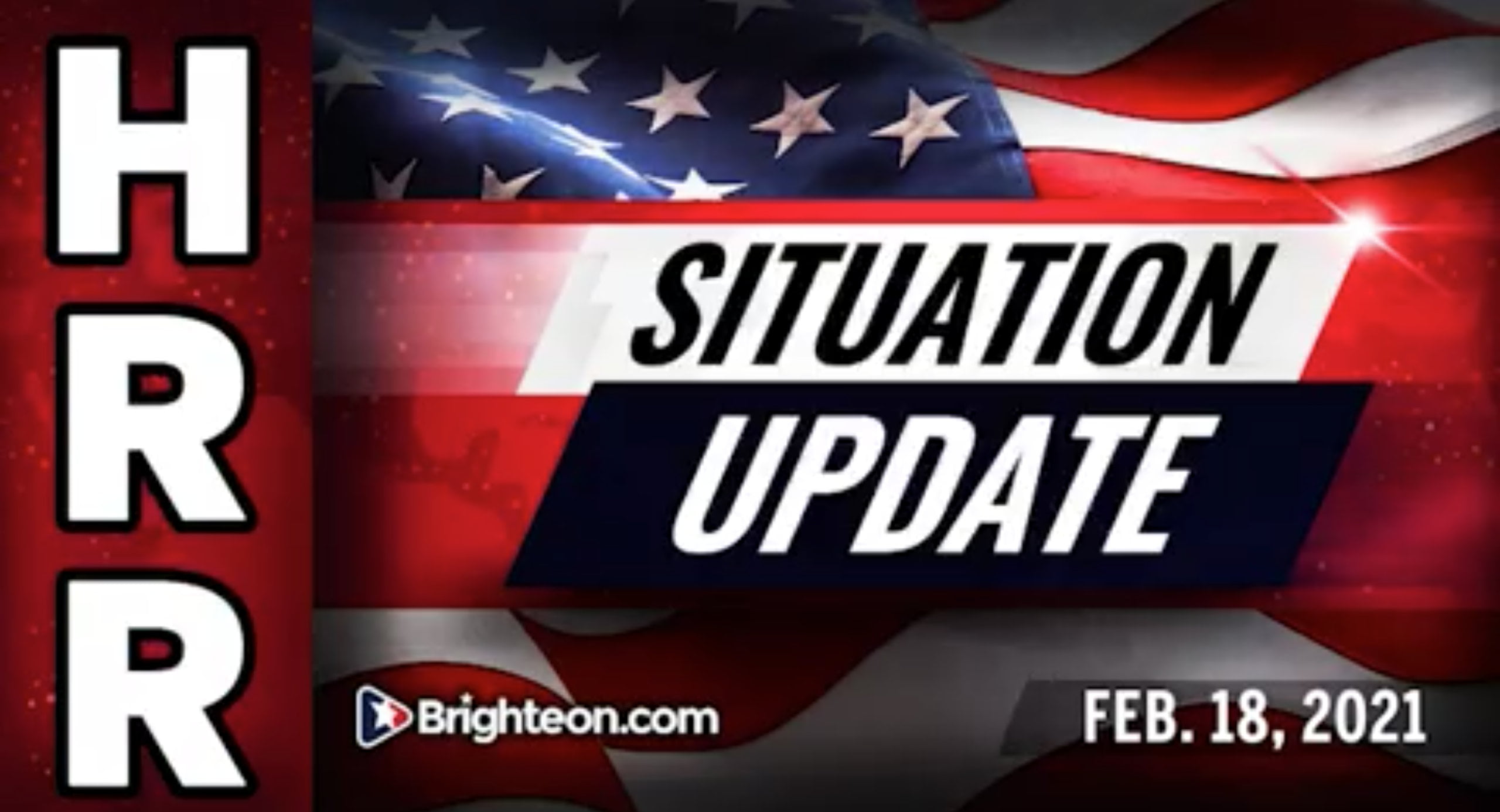 Health Ranger Mike Adams reports on the situation in Texas. He describes the situation living with limited power and shares his prepping advice as well as his dismay at not being as prepared as he thought he was. He talks about speculation arising that perhaps there may have been some weather manipulation that might have produced these storms but does not endorse the theory since currently there is not enough proof.

He mentions that people are without heat and it is freezing in Texas. People are not used to this and it seems that the power companies are withholding power to the homes in order not to lose money. Mike mentions that many of the power distribution sources have literally frozen up and are not working. There was no anticipation of arctic air reaching down into Texas and so the infrastructure is not built to sustain such harsh conditions..

Consumers will be paying hundreds of dollars a day to compensate for the failure of the fragile infrastructure. The lesson here: Mike encourages all of us to think about our infrastructure and inquire about the reliability of the system. We really need to get back to basis.

Texas is experiencing a cascading failure in infrastructure. Power outages are leading to a collapse of municipal water systems. Systems are freezing, pipes are bursting. Mike says, “This is as bad as I have ever seen it and I have lived in third world countries and it wasn’t this bad.”

People from Texas have no experience in driving on black ice. This is a problem. Emergency services are stressed to the limits. Normal deliveries that would usually take place are not happening. Drivers are not driving. Rolling blackouts are continuing through 4 days. People are sleeping in their cars because people were dying in their homes. Most people have electric heat and the power is out.

Mike recommends to those of us who are not experiencing hardship right now that we store energy on our property like propane or diesel fuel. The gas stations are out of fuel. They are sold out because the delivery trucks cannot navigate the roads. The shelves are empty in the grocery stores. There is no produce at all. Totally wiped out.

Rolling blackouts, no water, no food. Mike says that the preppers are doing decently well since they were prepared for this. He recommends that we all think about the possibility of infrastructure failure and plan accordingly.

The “Green Energy” is a disaster. Solar panels are covered with snow. The wind turbines are all frozen. People with solar panels on their homes are out of luck because when the grid goes down their panels do not work.

They are having rolling blackouts. With fluctuating windows of power available, Mike is limited to when he is able to use his computer.

Entire cities in Texas have no water pressure because there is not enough electricity to pump the water. When you start to lose pressure in the pipes the water becomes contaminated. Mike recommends that having a really good gravity filter like a Berkey is helpful. He has been gathering water from the melting snow and running it through the filter.

Mike is hearing stories of dead elderly people being found in their cars and in their homes.

He talks about the frustration of cell phone usage in the middle of rolling blackouts. Mike says, “We are experiencing a chain reaction of systemic critical infrastructure failures that from a prepper standpoint, is almost like a post EMP apocalypse. It is eery.”