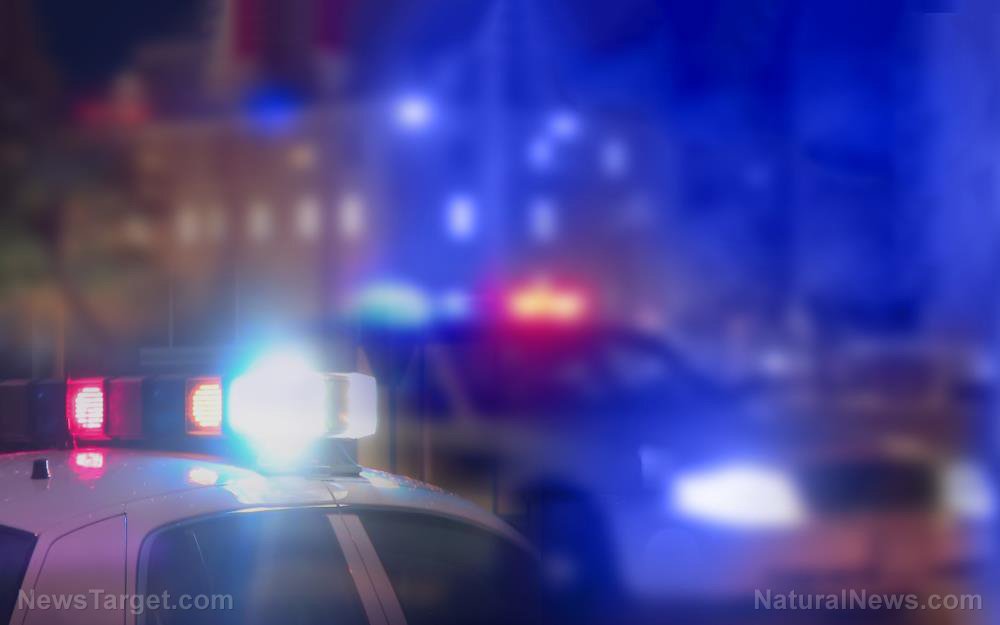 The Biden regime is throwing its support behind the deceptively named George Floyd Justice in Policing Act, which would basically make it a “crime” to be white.

Rather than prosecute crimes objectively, police could be obligated under the proposed bill to target more white people, Asians, women and other demographics that, statistically speaking, commit fewer crimes per capita than blacks.

Almost like a crime-fighting form of affirmative action, the legislation would make it so that cops have to reach certain “racial quotas” for “traffic stops,” “pedestrian stops,” and “interviews.”

“The practical effect would be to encourage police departments to stop innocent women, Asians, and whites, just to meet quotas based on gender and race,” reports Liberty Unyielding‘s Hans Bader.

“If police departments don’t meet these quotas, they could be sued by the Justice Department or individuals they stop.”

Section 311 of the Act specifically forbids “racial profiling,” the definition of which has been expanded to include “gender.” Ironically enough, “profiling,” as defined in the Act, would actually encourage more of it rather than outlaw it.

“Under the bill, what matters is numbers and racial bean-counting, not actual racism or sexism,” Bader explains.

“‘Disparate impact’ in police stops or interviews based on race or gender – for example, stopping more men than women, or interviewing more blacks than Asians or whites – is defined as ‘prima facie evidence’ of a ‘violation.’ That means that numbers alone are enough for a judge to find a police department in violation of the Act.”

Democrats are the party of anti-white racism

Prima facie, in case you are unfamiliar with the legal term, means that the plaintiff in a lawsuit has provided enough evidence to prove something in the absence of proof to the contrary by the defendant, which bears the burden of proving its innocence.

If more black people are arrested than white people, for example, this would serve as prima facie evidence that a police department is guilty of “racism,” according to the Act.

“The bill’s strange definition of profiling would render all police departments presumptively in violation of the Act, because men speed more than women virtually everywhere,” Bader explains.

The Act further ignores the fact that there are racial variances in crime rates and traffic violations. Asians have the lowest crime rate, it turns out, while blacks have the highest crime rate. White people fall somewhere in the middle of these two statistics.

The result, of course, is that black people are arrested and prosecuted more than these other groups because they tend to commit more crime. There is nothing “racist” about this fact, by the way, because facts are facts and they do not lie.

Leave it to the party of equal outcomes, however, to push legislation like this that would turn facts on their head in order to punish whites and Asians at the same rate as blacks, even though blacks are the ones committing more crime.

“[I]f they wish to avoid being sued, and avoid being forced to pay the attorneys [sic] fees and expert-witness costs of the person suing them, police departments will have an incentive under the bill to stop only as many men as women – even if more men are speeding or committing crimes – and to adopt racial quotas in police stops,” Bader warns.

“That could undermine road safety by encouraging police to ignore speeding or other violations just because they were committed by members of a particular gender or race.”