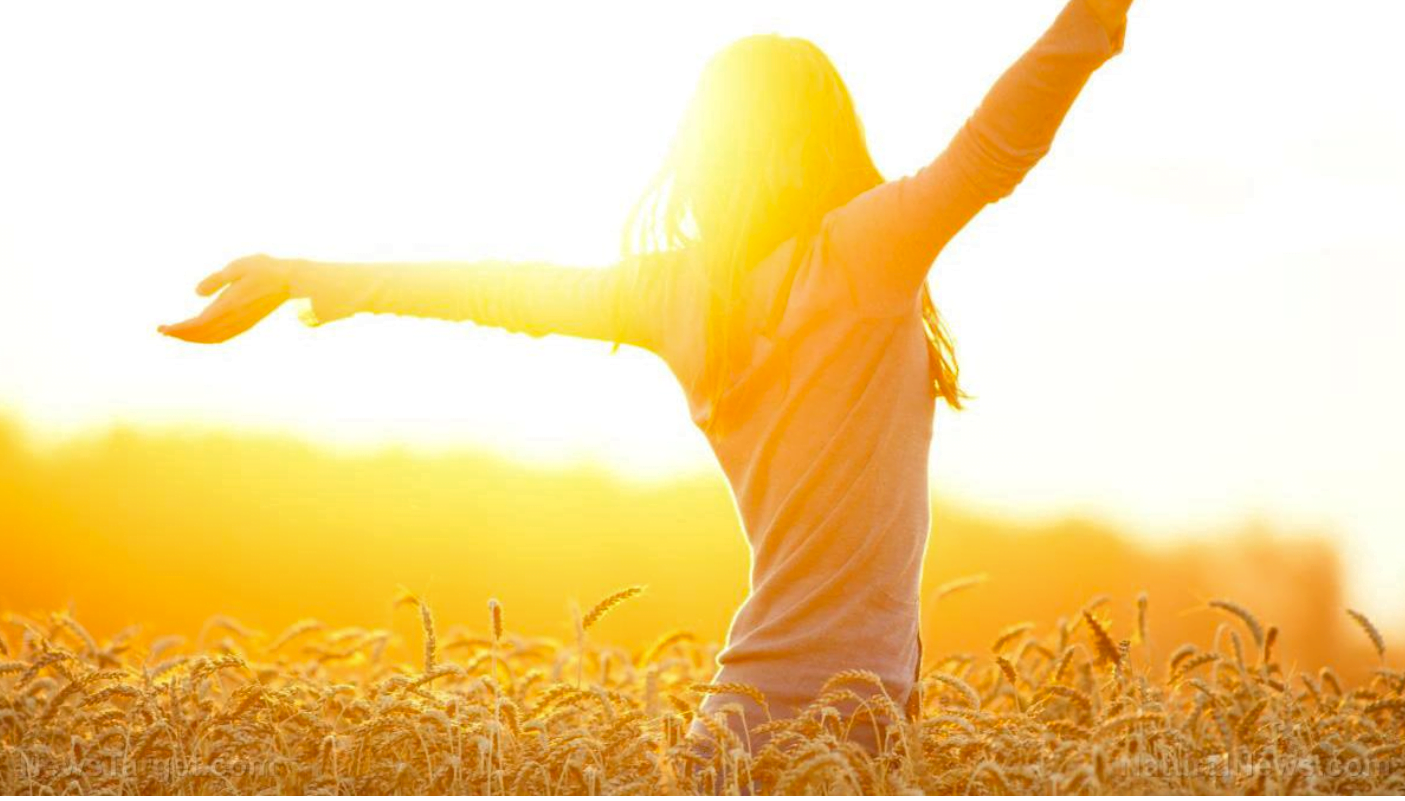 Researchers found that sunlight inactivates the Wuhan coronavirus (COVID-19) more than eight times more quickly than predicted. Paolo Luzzatto-Fegiz, a professor of mechanical engineering at the University of California, Santa Barbara (UC Santa Barbara), and his colleagues reviewed recent studies that explored the effects of different bands of ultraviolet (UV) light – namely, UVA, UVB and UVC radiation – on SARS-CoV-2, the virus behind COVID-19.

UVA is weakest among the three while UVC is the most energetic and has been shown to inactivate viruses such as SARS-CoV-2. Nearly all of the UV radiation that reaches the surface is UVA since all of UVC and most of UVB rays are absorbed by Earth’s ozone layer.

Sunlight’s ability to inactivate viruses is often attributed to UVB, which can kill microbes. One of the studies analyzed by the researchers, for example, shows that SARS-CoV-2 becomes inactivated because UVB damages the RNA of the virus.

Sunlight may be able to prevent infections

The second lab study showed that sunlight inactivates viruses in saliva within 10 to 20 minutes of exposure, just like UVB. Luzzatto-Fegiz and his team noted that the upper limit of this range is more than eight times faster than predicted by the first study’s theoretical models. Meanwhile, viruses cultured in a growth medium are inactivated more than three times faster than predicted.

In an article published in February in the Journal of Infectious Diseases, the researchers wrote that SARS-CoV-2 would have to be several times more sensitive to UVB than any currently known virus to make the theoretical models fit the lab study’s findings.

Alternatively, the researchers suggested that there could be another agent involved besides UVB. UVA, for example, might be playing a more active role than initially thought.

“People think of UVA as not having much of an effect, but it might be interacting with some of the molecules in the [saliva],” Luzzatto-Fegiz explained. Those molecules, in turn, could become highly reactive and interact with SARS-CoV-2, accelerating virus inactivation. This process is commonly applied in wastewater treatment. In a 2013 study, for example, researchers used UVA to disinfect wastewater.

Luzzatto-Fegiz and his team noted that if SARS-CoV-2 turned out to be sensitive to weaker wavelengths of light, then sunlight might be better able to mitigate virus transmission outdoors over a broader range of latitudes and daytime hours than previously thought. Areas far from the equator tend to receive little amounts of solar radiation while the amount of sunlight that trickles in the daytime decreases during dusk and dawn.

UVA radiation can also provide more accessible and safer methods of UV disinfection. Though UVC radiation can be manufactured, it is the most damaging form of UV light, raising safety concerns and limiting its practical applications.

“UVC is great for hospitals,” said Julie McMurry, a professor of environmental and molecular toxicology at Oregon State University and a co-author of the article. “But in other environments – for instance, kitchens or subways – UVC would interact with the particulates to produce harmful ozone.”

Yangying Zhu, a professor of mechanical engineering at UC Santa Barbara and another co-author of the article, noted that there are now widely available LED bulbs that are many times stronger than sunlight. These lightbulbs can be used to accelerate virus inactivation while UVA rays can be potentially used to augment air filtration systems at a relatively low risk for human.

Overall, the researchers recommended additional experiments to fully ascertain the effects of different wavelengths of UV light on viruses placed in different mediums.