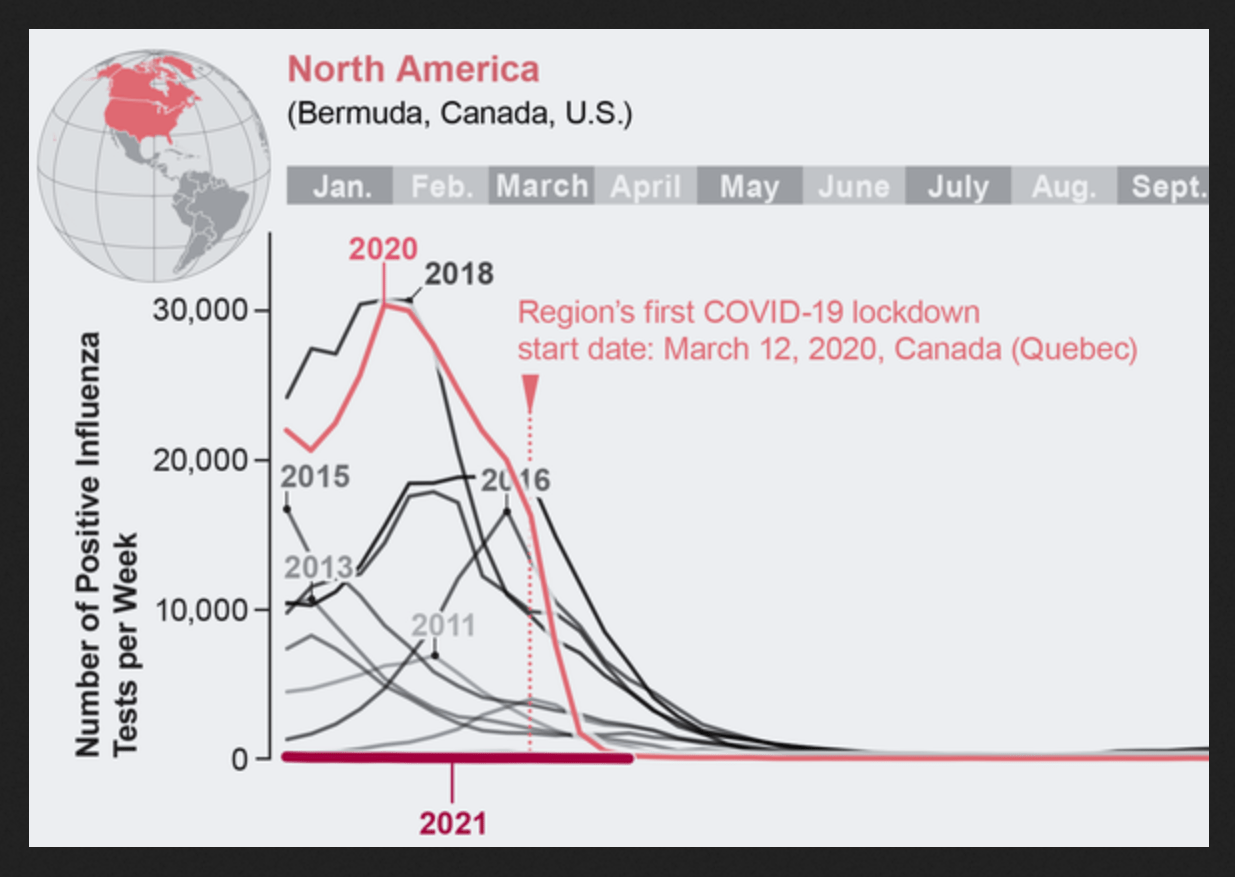 If you want to believe the message behind this “science” then keep your head in the sand.  Is there any doubt that most medical publications are just mouthpieces for Big Pharma?   Amazing Polly did a recent video which summarized that principle well.

Any readers finding themselves getting past the first paragraph of this Scientific American article without questioning the obvious narrative that is presented through all major media and news publications are clearly not going to consider any alternative theories.

Since the novel coronavirus began its global spread, influenza cases reported to the World Health Organization have dropped to minuscule levels. The reason, epidemiologists think, is that the public health measures taken to keep the coronavirus from spreading also stop the flu. Influenza viruses are transmitted in much the same way as SARS-CoV-2, but they are less effective at jumping from host to host.

As Scientific American reported last fall, the drop-off in flu numbers was both swift and universal. Since then, cases have stayed remarkably low. “There’s just no flu circulating,” says Greg Poland, who has studied the disease at the Mayo Clinic for decades. The U.S. saw about 600 deaths from influenza during the 2020–2021 flu season. In comparison, the Centers for Disease Control and Prevention estimated there were roughly 22,000 deaths in the prior season and 34,000 two seasons ago.

Because each year’s flu vaccine is based on strains that have been circulating during the past year, it is unclear how next year’s vaccine will fare, should the typical patterns of the disease return. The WHO made its flu strain recommendations for vaccines in late February as usual, but they were based on far fewer cases than in a common year. At the same time, with fewer virus particles circulating in the world, there is less chance of an upcoming mutation, so it is possible the 2021–2022 vaccine will prove extra effective.

Public health experts are grateful for the reprieve. Some are also worried about a lost immune response, however. If influenza subsides for several years, today’s toddlers could miss a chance to have an early-age response imprinted on their immune system. That could be good or bad, depending on what strains circulate during the rest of their life. For now, future flu transmission remains a roll of the dice.

The World Health Organization tracks influenza transmission in 18 zones. Three of those regions appear here. Only people who get tested for influenzalike illnesses—typically about 5 percent of individuals who fall ill—are tallied.