Prepare For Change
Home Disclosure Who needs a fake virus when we’ve got opioids? 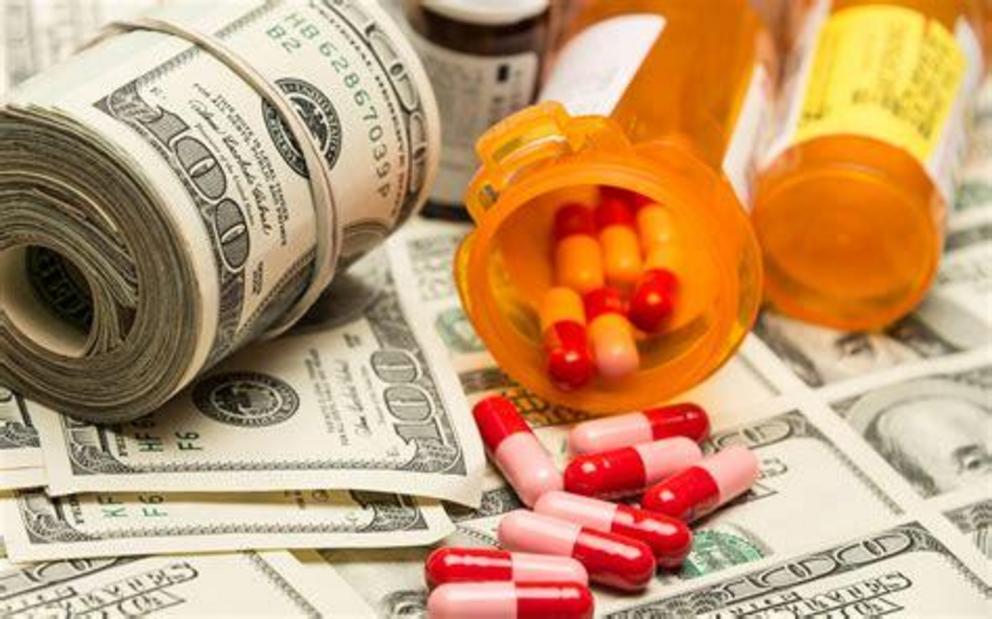 KILLER STATS: 2 MILLION OPIOID ADDICTS IN THE US.

As I’ve been demonstrating for a year, SARS-CoV-2 was never discovered, never isolated, never legitimately sequenced.

In yesterday’s article, I laid out how this fake pandemic story, focusing on Wuhan, obscured Wuhan’s role as the number-one global launch-point for opioid trafficking.

Synthetic opioids—especially fentanyl, which is a hundred times more potent than morphine—are killing and addicting and maiming millions of people worldwide. That’s the scope of what we’re talking about.

Understand that one of the cardinal effects of opioids is suppression of breathing. During the so-called COVID pandemic, you’ve heard this referred to as “hypoxia.”

Yes, hypoxia is listed as a COVID symptom. It has a number of causes that have nothing to do with a virus. But of course, in the rush to diagnose as many people as possible with COVID—and with a PCR test that spits out false-positives like water from a fire hose—opioid users suffering from hypoxia are labeled “victims of the coronavirus.”

Drugabuse.com: “…opiate [opioid] drugs also slow your breathing…and in case of an overdose, your breathing is slowed to a virtually non-existent and lethal level.”

“The opioids depress your breathing, bring on heavy sedation and make it impossible to wake up.”

For many months in 2020, New York was touted as the global “epicenter of the pandemic.”

Patients in New York mystified ER doctors because they showed up with hypoxia.

2018 estimate of deaths from opioid overdoses in New York: 3000. Many more people in the New York area are addicted to these drugs. In New York State, in 2017, the number of people discharged from hospitals, after treatment for opioid overdose or dependency: 25,000.

In 2020-21, people who have developed opioid hypoxia have been misdiagnosed with “COVID-19 lung problems.” A large number of these people are sedated further, in order to be put on ventilators—ignoring the need to deal with their overdose, their addiction, their withdrawal—and they die.

Backing up a few steps from all this, you can see how a diagnosis of COVID functions as a cover story, to conceal the destruction-and-death-toll resulting from opioids.

How convenient that the whole COVID fairy tale was launched in Wuhan, the city that is the number-one source for global opioid trafficking. The fairy tale obscured the real Wuhan story.

City-journal.org, May 12, 2020, “Wuhan’s other epidemic,” Christopher F. Rufo: “…many don’t know that Wuhan is also the source of another deadly epidemic: America’s fentanyl overdoses… Over the past decade, Wuhan has emerged as the global headquarters for fentanyl production. The city’s chemical and pharmaceutical manufacturers hide production of the drug within their larger, licit manufacturing operations, then ship it abroad using deliberately mislabeled packaging, concealment techniques, and a complex network of forwarding addresses. According to a recent ABC News report, ‘huge amounts of these mail-order [fentanyl] components can be traced to a single, state-subsidized company [Yuancheng] in Wuhan.’”

Here are excerpts from a piece I wrote in 2017:

In the 19th century, selling opium to China was very big business for England. Of course, addictive opium was devastating to China, who tried to stop the trade. Two Opium Wars against China (1839-42 and 1856-60) resulted. The Encyclopedia Britannica states:

“In each case the foreign powers were victorious and gained commercial privileges and legal and territorial concessions in China [including the uninterrupted sale of opium]. The conflicts marked the start of the era of unequal treaties and other inroads on Qing sovereignty that helped weaken and ultimately topple the dynasty [which had ruled since 1644]…”

It would be hard to overstate the lasting fury and resentment of Chinese rulers against the foreign powers who defeated and humiliated them in the Opium Wars.

The UK Daily Mail [2017]: “[a new drug coming into the UK is] not just heroin. It had been mixed with two lethal man-made opioids – fentanyl, a painkiller 100 times more potent than morphine; and carfentanyl, an elephant tranquilliser 10,000 times stronger than street heroin.”

“Now the drugs have arrived in Britain – and a spate of sudden deaths in Hull, the worst incident in the UK so far, shows their devastating impact. Just a few grains of carfentanyl – 0.00002g – can be fatal.”

“These lethal drugs have begun cropping up across the country – first found in Blyth, Northumberland, then suspected in deaths and drug busts from Leeds to London, St Albans to Southampton, Wakefield to Winchester, and Wales to Northern Ireland.” [In 2021, the UK government states that opioid addiction and death aren’t overwhelming concerns. I find it hard to believe these assurances.]

“A homemade designer version of fentanyl, the highly addictive opioid which is similar to morphine but is 50 to 100 times more potent, has been the center of drug busts across the country this month—with law enforcement pinpointing its origin from underground labs in China. The DEA says the China-U.S. supply is further fueling the country’s drug epidemic.”

“’This [Chinese] stuff is unbelievably potent. It is so powerful that even a tiny amount can kill you,’ DEA spokesman Rusty Payne tells FOX Business. ‘China is by far the most significant manufacturer of illicit designer synthetic drugs. There is so much manufacturing of new drugs, [it’s] amazing what is coming out of China. Hundreds of [versions], including synthetic fentanyl and fentanyl-based compounds’.”

“China only made the drug [fentanyl] illegal in 2015, and at that point black market Chinese labs began increasing production of their own versions, including the one turning up recently across the country [the US] called furanyl fentanyl.”

“’While heroin gets harder to buy on the street or from a dealer, fentanyl comes via FedEx,’ Brad Lamm, CEO of Intervention.com, tells FOX Business.”

“Brooklyn District Attorney Eric Gonzalez announced this week details on a mail-order furanyl fentanyl smuggling ring bust. The operation had been bringing the drug — which has been dubbed ‘White China’ — into the U.S from Asia. NYPD Chief of Detective Bob Boyce said that this was the first time investigators have seen this type of fentanyl in New York City.”

The Boston Globe [2017]: “An extremely powerful drug used as an elephant tranquilizer has quickly become a new killer in the nation’s opioid epidemic, and New England authorities and health workers are bracing for its arrival.”

“The Drug Enforcement Administration has issued a nationwide alert about the drug, which its acting chief called ‘crazy dangerous.’ In Massachusetts, State Police have warned their crime lab staff about how to handle carfentanil during analysis. Even inhaling the drug or absorbing it through a cut can be fatal.”

“Law enforcement and health officials believe most users do not know they are ingesting carfentanil, which apparently is often mistakenly thought to be heroin or a mixture of heroin and fentanyl, a weaker but still lethal synthetic opioid.”

“If carfentanil’s trade route is similar to that of fentanyl, the path stretches from Chinese manufacturers to Mexican processors to smugglers who supply dealers in the United States, law enforcement officials said.”

“’There’s no quality control, so when it gets here the distributors don’t know what they have and the user has no idea,’ said Timothy Desmond, a special agent with the New England division of the DEA. ‘That’s where it’s a game of Russian roulette’.”

“Hamilton County officials are baffled by the marketing strategy behind such a lethal drug. ‘It doesn’t really make sense that you would want to kill your customers’,” Fallon said.

“Law enforcement officials also are concerned that carfentanil will harm first responders. The DEA has warned police not to conduct field tests on seized drugs that might contain carfentanil. Instead, the agency urged officers to secure their samples and deliver them only to colleagues with training and equipment to handle the drug.”

And its number-one trafficking source, Wuhan, is famous only for birthing a pandemic that doesn’t exist because the virus causing it has never been proven to exist.

“The pandemic” is a cover story for the ages.