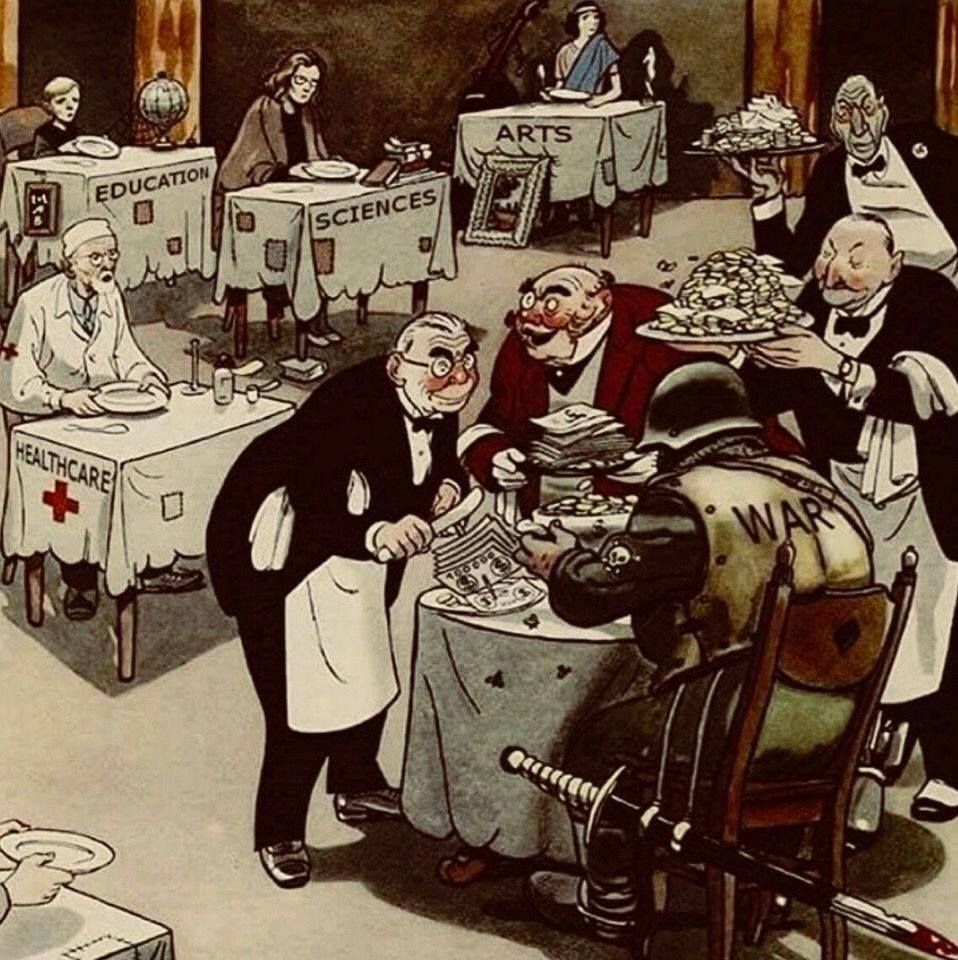 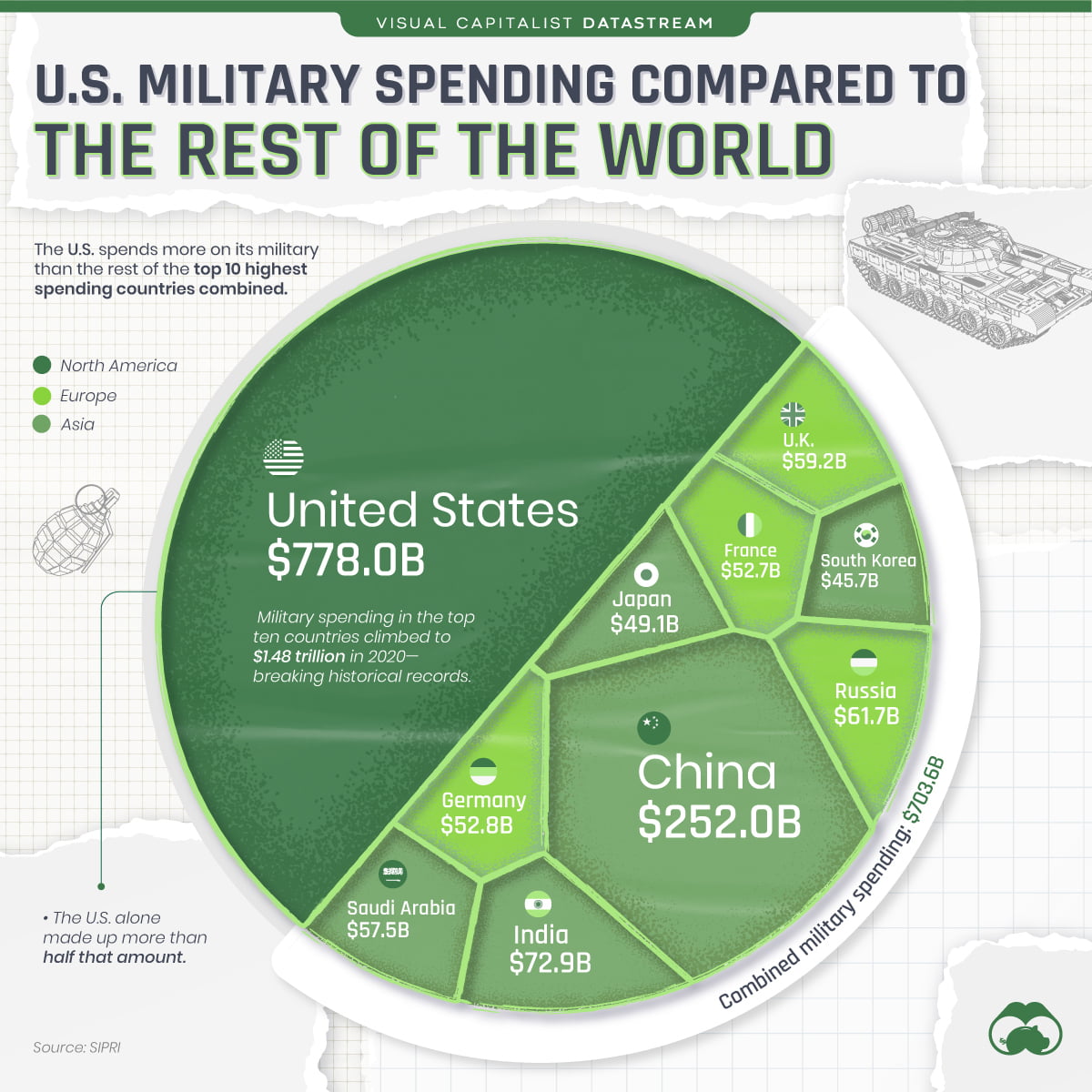 The U.S. is well known for its immense military and defense spending. In 2020, the nation ranked #1 in the world in terms of military spending at $778 billion outpacing the next nine highest spenders, which came out to $703.6 billion combined.

One factor is the military–industrial complex (MIC) which feeds into the U.S.’ defense dominance, with a longstanding tradition of the defense and weapons industries working closely with the U.S. government and armed forces.

A Breakdown of U.S. Military Spending

So what are these billions being spent on?

The U.S. Department of Defense (DoD) laid out the spending plan when they made their 2020 budget proposal. It included a few main areas to invest in, including:

This is just the tip of the iceberg. The overall goal of the 2020 budget was to promote innovation and to strengthen competitive advantages to increase the military’s ‘readiness’ factor. Additionally, in an effort to sustain forces, a military pay raise of 3.1% was included.

Surprisingly, however, the U.S. actually does not have the largest military in the world in terms of personnel, and some of the other top 10 countries have larger or similarly sized militaries spread across different branches.

Russia is only the fourth highest spender, but they have the largest military size of any of the top 10, at around 5.9 million personnel.

All of these countries have militaries that number in the hundreds of thousands to millions, and many are a part of treaties and alliances that require them to upkeep their armies and weaponry — but none spend half as much as the U.S.

To this day, the U.S. is actively involved in a number of overseas conflicts and maintains a large military force with millions of personnel. Spending on areas such as weaponry and wages is significant in order to maintain jobs, as well as national defense.