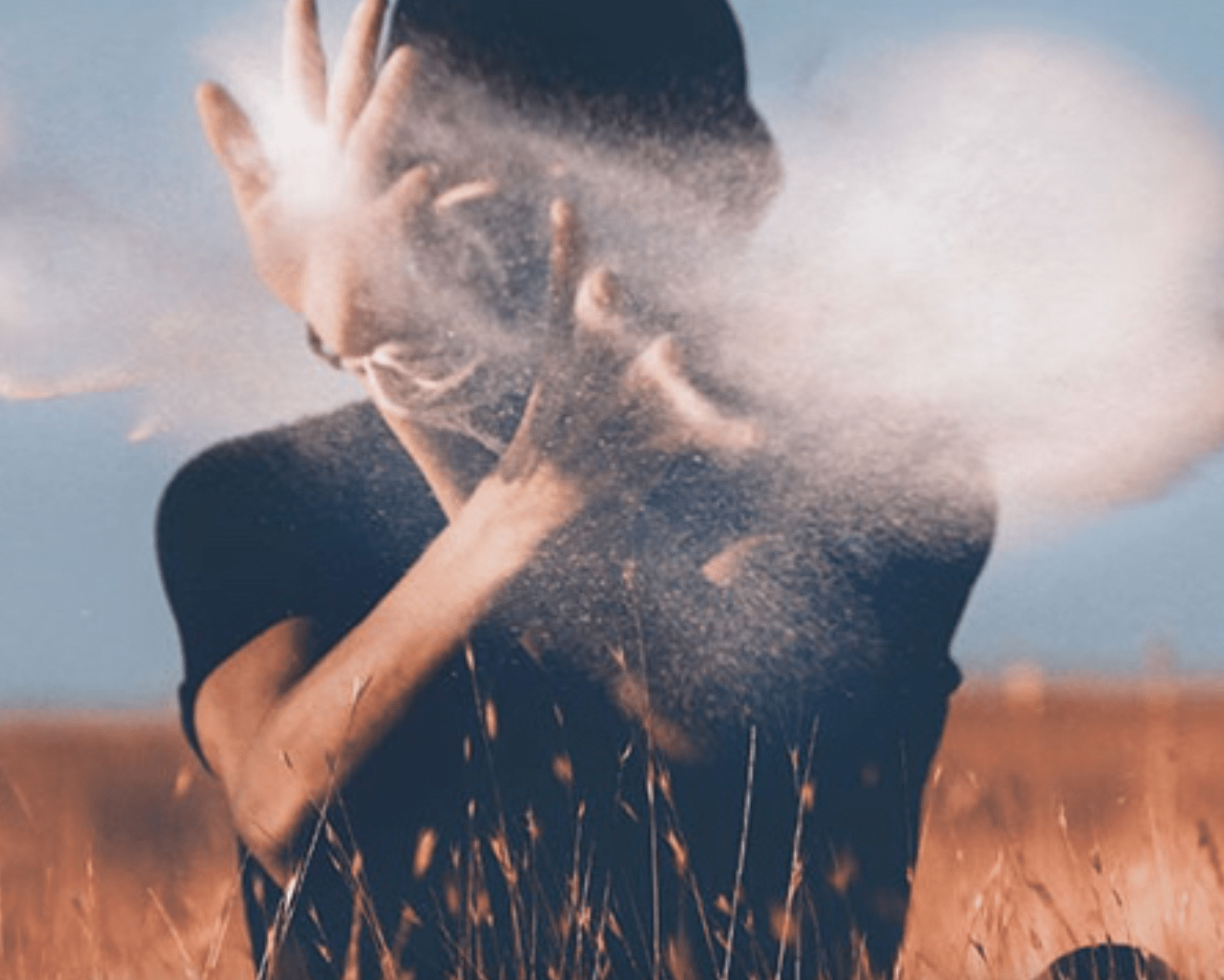 From our friends at openhandweb.org:

Fear is what so frequently holds people back on the spiritual path. Fear of what might happen if you take a certain step. Fear of completely letting go and where that might lead. Fear of hurting others by being truly authentic. Fear invades the mind, emotions and body. But to simply ‘over-write it’ with positive intentions or infusing ‘love and light’ can lead only to more layers of identity. The liberated flow of the soul is not something to intention, or create by a veneer of gloss. It just is, and it simply arises when we open the space for it. When the soul invites authentic choice, fear can often also arise. So how do you deal with it most effectively?…

Fear only ever comes up, because it is ALREADY within

Firstly, it’s important to say that you cannot ‘spread fear’ by raising the topic of something fearful – like fear of death for example. In a fully self-realised being, there is no fear, because there is always realisation of the One Self, which lives on through eternity. So fear can only activate where it already lies.

In other words, fear only ever comes up because it is already within. People carry it, often subconsciously. And while it exists, it’s always going to be limiting, even if the tendency is to temporarily white-wash over it with some positive gloss.

In the Openhand Approach, the only truly effective and lasting way to overcome fear (to dissolve it), is by the direct confrontation of it; to get into it, and deeply explore it.

Evolutionary growth through learning and expression

In spiritual circles and mainstream motivation groups, it’s so often the case to “imagine the best possible outcome of any given situation”. Then to work to create that. But whose creating? Who is imagining the “best possible outcome?” To me, it can only be an ego wanting a particular result. 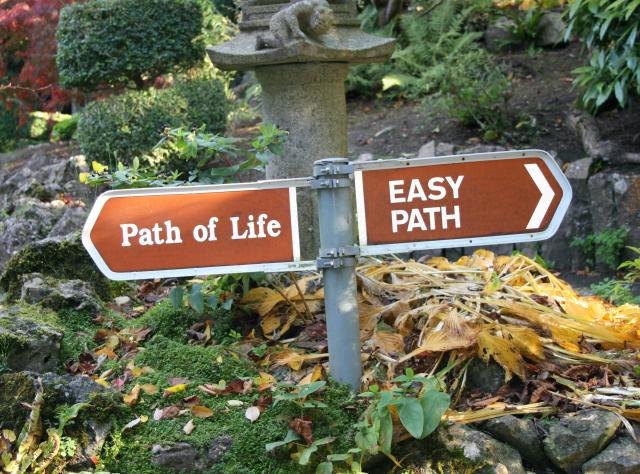 In the Openhand perspective on the soul, there is only evolutionary growth through learning and expression. When the soul encounters a crossroads in life, with one direction marked ‘hell’ and the other ‘heaven’, the choice is made not based on what the most beautiful or desirable outcome might be; it is based on what can most be learned. And if that’s in some temporary kind of ‘hell’, then so be it. When the soul confronts some kind of situation, which causes it to contract in tightness, there represents a golden opportunity to deal with unrealised limitation.

In so doing, when the realisation through the challenge happens, it always comes with the most incredible expansion. As you shake off that which previously held you back, then your soul soars like an eagle. There’s immense joy that you reclaimed a lost aspect of Self.

How do you achieve this most effectively next time you encounter fear?

Bringing fear to the surface: imagine the Worst Possible Outcome

To me, I witness that fear mostly arises because in some way, we’ve unconsciously distanced ourselves from the worst possible outcome of a given situation. Because it’s apparently too difficult to deal with, even to contemplate, the tendency is to sweep it under the rug. This has a very limiting internal effect – it creates polarity. In other words, it creates a small “I” identity, which is living in surpressed fear of that possibility and can now be victimised by it; in which case you are not being The One, which can be completely okay in ALL situations. People live their lives and shape whole realities based on such avoidance – like leaving an unfulfilling relationship for example, or ending a job which doesn’t serve.

Fear represents a golden opportunity, but only if we’re prepared to turn right into it, at the time it is arising, and work deeply through it. And the most effective way I’ve found of doing that, is to contemplate the worst possible outcome from any given situation. So you literally imagine what could likely happen if you take the step your soul is guiding you into.

Opening Through Fear with 5 Keys

1). Locate your internal tightness: When you contemplate the worst possible outcome, then all your subconscious fear and constriction come up. What you’re really looking for is the internal tightness – maybe it’s in your head, your solar plexus or sacrum? Feel it, work into it, and above all, express it out into the world. This might be crying, screaming, shouting, or vigorous movement.

2). Become as-one with the pain: Now what’s happening, is you’re actually becoming as-one with the pain, with the fear. If you keep working with it, then there comes a point where you tire of it, where you’ve had enough of it, where you realise the baggage itself that you’re carrying around, is far worse than the worst possible outcome. And you might aswell let it go. Thus, you’re empowering yourself by becoming The One in it.

4). Become The One: As you fall apart in it, as you really let go, then feel deeply through it into the sense of emptiness – into The Void. It feels like you’re touching the pure presence of complete acceptance. You’re now opening into infinite potential – the Source, from which authentic soul arises.

5). Unleash the freedom of the Soul: Finally, and here’s the great part, look for the natural expression of joy, expansiveness and rightness of the soul that wants to come through. Dance with it; sing and shout with it; give it wings by expressing it out into the world.

I recall giving a presentation to a crowded hall in Glastonbury several years ago. I tend not to plan such presentations other than the production of some slides and maybe the odd video or two. I always knew, that in coming from the source, all I needed was a thread – just a word or a feeling – from which to begin.

This particular time I began with a video and as it drew to a close, I was watching for the first words to drop into mind, a place to begin, a thread to pick up. Usually they came but this time nothing – nothing at all. As the credits to the film rolled, still nothing. As the silence and expectation of the audience grew louder in my awareness still nothing. As I stood up, still nothing. All the while I was watching my inner feelings, any arising tightness – and softening into them. Yes I was feeling nervous, realising a subconscious subtle desire for the people to appreciate me and my point of view. As that penny dropped, why would I limit myself by needing some kind of appreciation or outcome? What was wrong with how I was being? Even if nothing came? Even if I stood there in complete silence?

Time seemed to stretch right into eternity. Without need of outcome at all, any sense of fear, doubt and disbelief disappeared. I was infinitely vulnerable, and it felt completely blissful. So blissful that it felt humorous. And so I felt to begin by cracking a joke about the Pope, who just happened to be visiting the UK at the time. After the slightly uneasy silence, the audience fell about laughing and the presentation then flowed effortlessly.

I’m not saying it’s necessarily easy to approach your fears in this way. There will always be a myriad of opt-outs – comfortable other solutions that placate the fear rather than dealing with it. There’ll be lots of distractions and plenty of people advising how to make the best of the situation. But if you have the courage to turn into your fears in this way, you will explode the myth that they are. 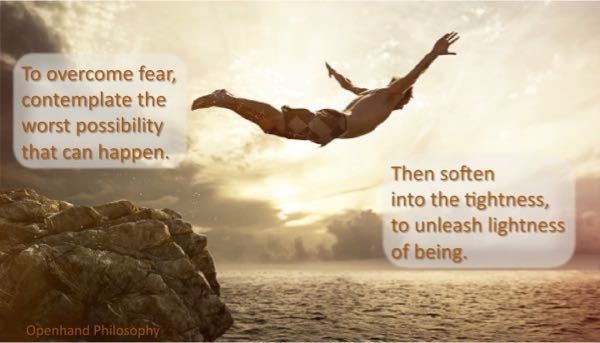 Because you are The One, which has created everything by which to know itself, and therefore ultimately, fears nothing.

So work to become the One within your fears, and they will surely burst like an exploding balloon. And your soul will expand out with empowered and joyful liberation. And what’s more, you won’t have to keep remanifesting those fearful situations. By working through your fears, your life becomes increasingly empowered, joyful and harmonious. I wish you an empowered journey!