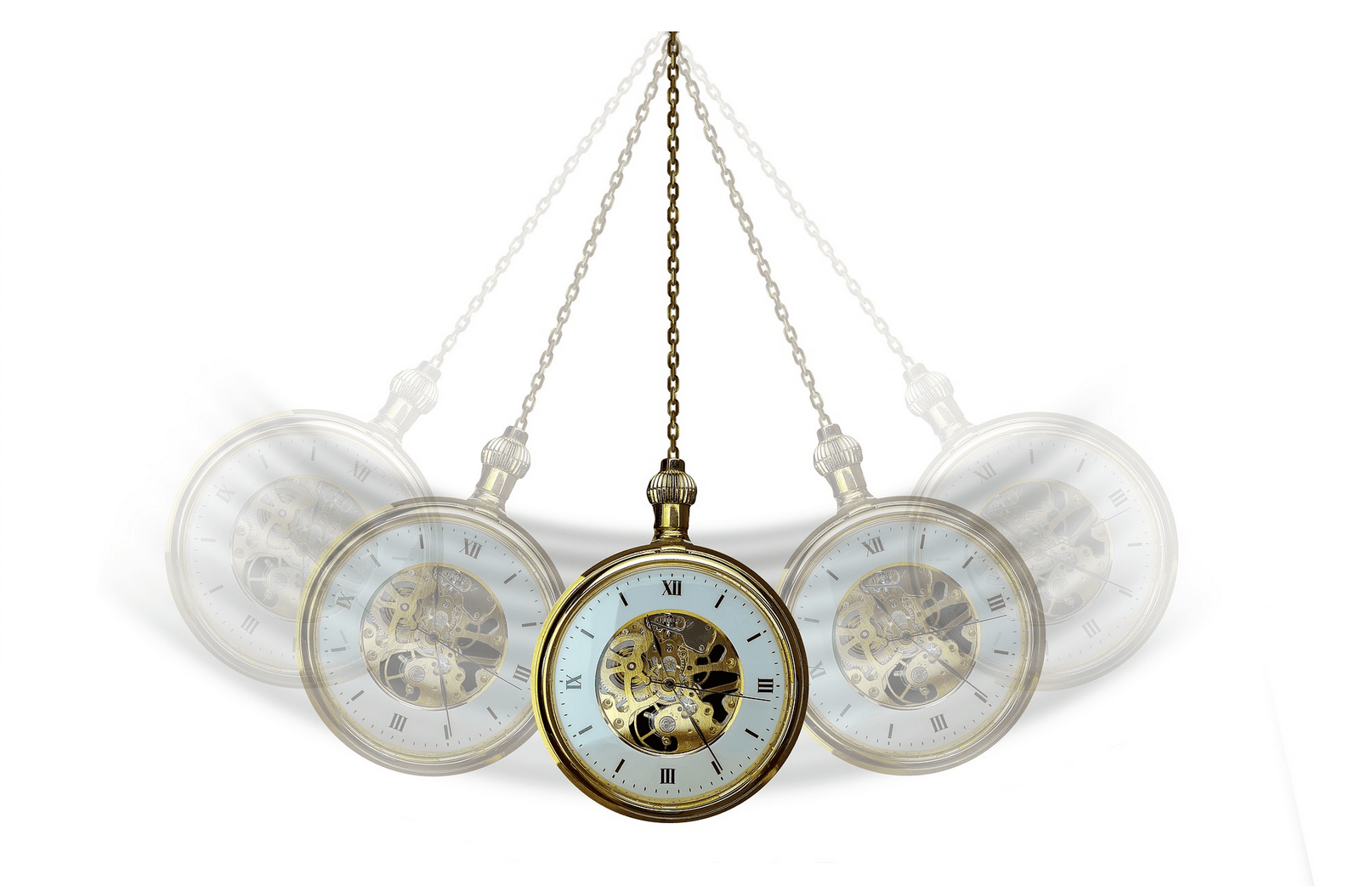 The magnitude of the agenda being exposed in this report is so astounding, so expansive, and so detrimental to the entire global population, that I feel it is necessary for me to introduce it in first person before rolling out the chapters. Time is of the essence, so it is vital that this information reach all ends of the globe as quickly as possible. This is about a mind control, obedience training, and brainwashing operation that the globalists have been working on for a couple of decades, and began implementing it at full speed in 2016. With the exception of a small number of people touching on a fraction of the overall agenda, they have been rolling out their master plan while distracting us with much smaller battles. This is about the psychological culling of the population to bring everyone into the 2030 Agenda with a one mindset and level of obedience that is tracked, controlled, and being scored, and it’s all being disguised as a PreK-12 school “embedded” program that includes the parents’ involvement and a lifelong journey of “learning” for all under the new “global citizenship,” including adults. Even more disturbing is a second agenda that integrates with this one, based in their version of “spirituality” in an attempt to bring a whole new belief system drenched in dark practices and disguised as love and acceptance of all religions. It’s as though the world is being hypnotized.

I was visiting a friend a few weeks back and she began telling me a story about her daughter’s experience at school. She said that the school was incorporating a new program to help children with mental health since the Covid-19 mandates and restrictions had created so much depression in children. Her daughter’s teacher, who is neither a counselor or psychologist, was explaining to the children that no one will love them unless they love themselves, and that no one will believe in them unless they believe in themselves. Most people would hear that and say, “that’s so true, we must love ourselves,” but they missed the other part of the message. Her daughter didn’t miss it though. She raised her hand and told the teacher that she disagrees on both counts. She stated that even if she doesn’t love herself she knows that her mom always loves her and that makes her feel better. The teacher said, “and that makes you love yourself.” Her daughter replied, “no it doesn’t. It just makes me feel better. It’s the same thing with believing in myself. I don’t always believe in myself and I get nervous when I have to go on stage, but I look to mom and she tells me she believes in me, and it makes me feel better. It doesn’t make me believe in myself.” Smart girl.

Between the time she had left the classroom and got home, she realized that this was a really awful thing for a teacher to be teaching children, that no one will love them if they don’t love themselves. In a time of children being depressed and suicidal rates on the rise, and these teachings are supposedly being done to help children, she thought… what about those who may be suicidal? Imagine receiving this message and being told no one loves you or no one believes in you? It’s all mind trickery.

I asked my friend what this “program” is exactly, and I immediately began digging into it that evening. What began as a quest to get to the root of who all is behind it and how far they’ve taken it, turned into countless hours and days of tracing a never ending trail of funds being pumped into this agenda, discovering the additional agenda, and ultimately seeing their full game on this massive, psychological undertaking to control the entire population. Even for me, in all of the agendas I’ve exposed, this one took the cake.

After a week, I had already compiled over 40 pages of research notes, diving into every crevice of what this full scale agenda is really about, who all is running it, funding it, created it, how many arms it actually has, how far along they are with it, devices they intend to use, where it is heading, and how it all ties into the digital identity, social scoring system, and full monitoring and tracking of every human being through these mechanisms already in place.

I quickly discerned this isn’t just about the children or transforming the entire education system into a mind control model. It is a full blown operation for the entire population to conform to one mindset and one belief system with controlled obedience, to build a global citizen workforce that operates on demand and activates through virtual and augmented reality. These programs are merely the doorway. It is the framework they can sell parents on to convince parents to train their own children while training themselves without even realizing it. It is a “whole family” and “whole community” agenda, but the schools are the doorway. It is the mechanism they are using through counselors, educators, physicians, and businesses who are also being fooled by the illusion. Critical race theory is another form of brainwashing that needs to end, but it has been a distraction from their true agenda that runs through entire curriculums, in school and out of school, that has sophisticated layers the average eye won’t even recognize. It is shrouded in subtleties, reverse psychology, emotional charges, and delivered in a way that will excite children and bring hope to parents. This veil must be lifted.

They have already moved billions into this, manufactured the industry, staged their performance, sold countless parents, educators, businesses, and children on this “new vision” of education for the Fourth Industrial Revolution, worked their way into legislation, siphoned off Covid relief funds, created global councils, commissions, and financing committees, and are operating in over 110 countries, including the U.S. Everyone who is anyone in the world of corruption has a seat at this table. It’s that big. And now they are gunning for $400 billion for “free preschool” obedience training through the “Build Back Better” bill in the U.S., where these programs are prepped to potentially roll out in all 50 states. That’s why they want free preschool. The U.S. Department of Education, U.S. Department of Health and Human Services, CDC, and other agencies are already working in sync with the globalists on this. You cannot even imagine the reach they’ve achieved right under our noses, until you read this full report.

They are so slick with their wording, marketing, and buying off and convincing policymakers to make the world believe this is the way to the future, that 99% of the population have no idea what this is really about or that it’s even begun… until it’s too late. The monitoring systems are already in place, the social scoring is already happening, and all they need is this final push to control the minds and livelihoods of millions and the switch is flipped. Lights out. That’s how fast they can move on all of this if people don’t make others aware of the bigger picture – the full agenda. Having the awareness is the first step in not complying. Taking action against school boards is admirable, but the reality is they’ve already targeted public schools, charter schools, after-school programs, summer camps, virtual schools and remote schooling, educators, and are even advancing it into businesses. One word: homeschool. If you are in a relationship with an abuser, do you stay and keep trying to negotiate less of a beating, or do you end the relationship? Build homeschooling programs with other parents.

Any form of compliance, downloading a vaccine id passport app, or creating a digital identity will move this agenda along faster. By millions not complying with the IDs and choosing to homeschool, it leaves them with no access to implement these mind control agendas. Of course, they will always continue their efforts on other fronts, but this is the front they want and need the most so as to see it all through.

There are still some legislatures fighting for people’s rights, some that need a fire under their ass, and others who are just down right dirty. Get this full report into the hands of the first two groups and make some noise. Get this out to every media source you know, every friend, family member, coworker, parent, community, and people in other countries. If people cannot see through the illusions the globalists have created, they will never understand what’s coming until it smacks them in the face, and it’s too late for all of us. THIS agenda is about EVERY HUMAN BEING and should be much easier to convey and show clear evidence of than many other agendas. But this is the big one. This is how they shift minds through their ultimate mind control programming and how they corral us all into their system.

Understand that they are already running this operation in 110 countries, including the U.S. They not only want a “life-course of vaccines,” but they want “lifelong” obedience training for all as well. This is the psychological part of their plan and the digital identity of everyone onto the blockchain for full control is the physical element to building our human enslavement system. This is what your taxpayer dollars are going toward – controlling your minds and your livelihoods. Time is of the essence. If they win minds, they win this battle. Without compliance and obedience, they will fail. Let me repeat that – without compliance and obedience, they will fail.

Continue to Part 2: The Programming > >

This is a 9-part series, with new chapters releasing each week. This entire report will be available for download in the Bookshop as a single pdf document once it’s published in its entirety.

This report is sponsored by The Solari Report.