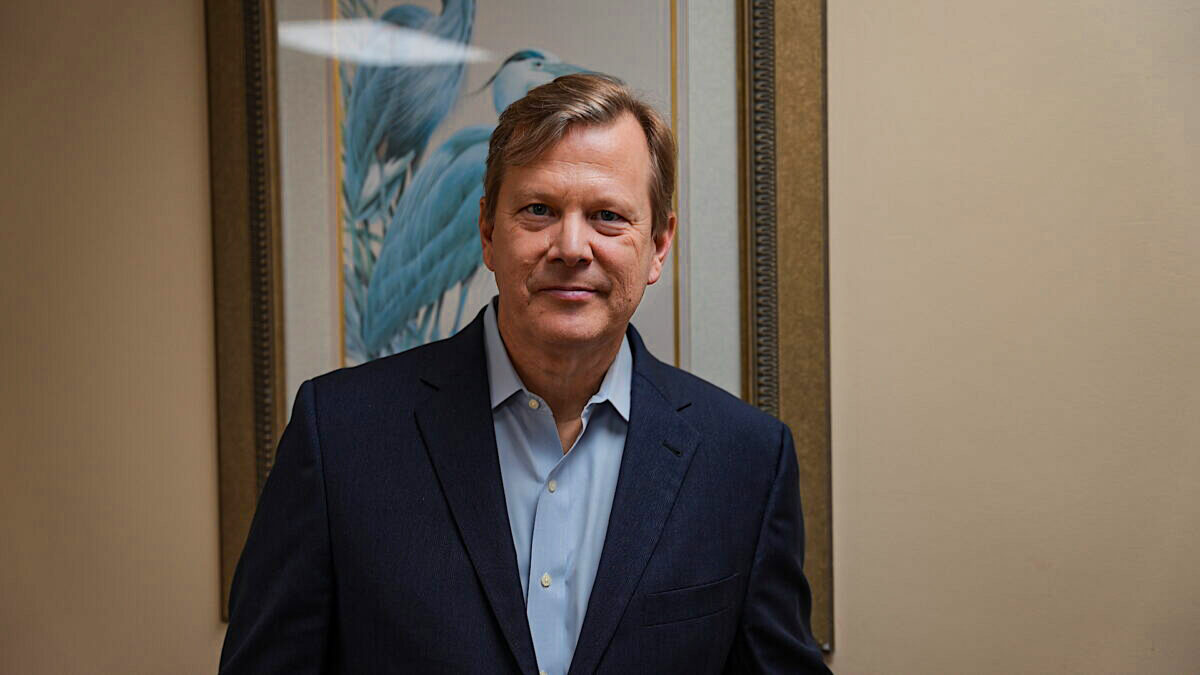 By Masooma Haq and Roman Balmakov,

Peter Schweizer, author of the book “Red-Handed: How American Elites Get Rich Helping China,” said the Chinese Communist Party’s (CCP) entry into the WTO changed the global economic structure in large part because it unleashed the regime’s strategy of gaining control of America’s elite class so they would do Beijing’s bidding.

Schweizer calls this strategy “elite capture,” and the CCP’s plan was to target the top levels of big tech, entertainment, education, Wall Street, as well as politics.

“So that gives enormous leverage to Beijing over elements of our leadership class.”

U.S. foreign policy and the conventional wisdom of the elite class was that if the West engaged with the CCP, it would become more liberal and less repressive of its own people, and it was this thinking that allowed the CCP to join the World Trade Organization (WTO) at the end of 2001.

Schweizer said this strategy not only failed but has been disastrous for the globe.

“The CCP has become more repressive, more aggressive on the global stage. So, I think that our political and corporate elites have a lot of accounting to do for their failure. Of course, they made a lot of money by pushing this position.”

He likened the elite capture strategy to decapitating U.S. leadership, leaving U.S. citizenry suffering. “But in fact, the head has effectively been cut off, it’s been co-opted, it’s been bought, and then so the rest of the body, which is the United States and the average citizen, suffers.”

Big Tech Working With the CCP

He said the heads of some of the big tech companies, like Tesla, Google, Facebook, etc., have been taken in by the dictatorial regime’s “efficiency” and getting market shares in the world’s most populous country.

“Elon Musk has said this, that the Chinese dictatorial regime is so efficient, they’re so quickly responsive to the needs of the Chinese people—which of course, if you have a dictatorship, you don’t have to worry about civil rights, property rights, an independent judiciary,” said Schweizer.

“I mean, if you’re Bill Gates and you’re worth $100 billion, still, being able to access the Chinese market is important for the continued growth of your company.”

In the past, Elon Musk used to criticize the Chinese regime but has changed his position after striking a deal with the CCP, Schweizer said.

“So, the question is, what’s changed? And what’s changed is he became business partners with the Chinese Communist Party. They built him a large factory, Tesla factory in China, which is now churning out a large number of vehicles. He’s already said he’s going to take the design studios out of California and move them to China,” said Schweizer.

Musk doing business in China also poses a security risk because some of the technologies that Tesla uses in its cars are the same technologies software that is being used on his company’s launch satellites.

“Anyone who gets entangled in doing business with China that requires their good graces for their business to continue to operate is going to end up basically doing what Beijing wants, because if they don’t, Beijing is going to destroy their business.”

Artificial intelligence (AI) is an important area of tech development, and it’s been said that whoever dominates there will have a global economic and military advantage, said Schweizer.

“Our biggest and brightest companies, like Google and Microsoft, are actually subsidizing research laboratories in China that are linked to the Chinese military, so they’re helping them in the competition against us.” He called this “extraordinary” and “troubling.”

“Google has plowed ahead, happily to do so. At the same time, Google employees submitted a petition to an executive saying they did not want to work on any Pentagon, that is U.S. military research contracts, at the same time. It’s really a stunning development.”

U.S. laws have allowed these tech companies to become successful and profitable, “and yet, they don’t recognize the role that our system of governance has played, and they’re actually subsidizing our enemy,” said Schweizer.

Google’s work with AI in China will help the CCP’s military to attack our own country.

“You’re required by Chinese national security law—which means if you violate it, you’re going to go to jail for a very long time—you’re required to take any civilian technology or capability you have and find application to Chinese military,” said Schweizer. In addition, “if you are a business operating in China, anything that you have, that you own—whether it’s intellectual property, whether it’s data on citizens in China or overseas—that information is available to the Chinese state whenever they asked for it.”

U.S. Big Tech only cares about their profitability and power instead of treating the CCP for what it is: a repressive, dictatorial regime that brutalizes its own people, said Schweizer. Facebook has attempted to link China with the United States via undersea cables a number of times, but the projects were halted after the U.S. Department of Justice (DOJ) made a recommendation against the projects due to national security concerns.

Facebook’s Hong Kong-America project was first proposed in 2018 by a group made up of Facebook and a number of Chinese companies including China Telecom. The plan was for the fiber-optic cable to link up Hong Kong and a site in Taiwan with two sites in California.

“Did somehow Facebook or Google not know that Chinese intelligence was going to use this as a massive gateway to spy on Americans? I want to believe and I think it’s pretty obvious that Facebook and Google knew that that opportunity existed. They certainly have more technical knowledge than the Department of Justice. But the bottom line is they didn’t care.”

Schweizer said Wall Street’s Goldman Sachs was instrumental in helping the CCP access and profit from U.S. markets. “You don’t have to go very far at all on Wall Street to find a major firm that has contributed to where China is today in terms of its economic growth,” said Schweizer.

“But at the end of the day, when push comes to shove, it’s the CCP that maintains control. Goldman Sachs started it; other big firms have perfected it. Blackstone and BlackRock invest regularly in Chinese companies. When the Chinese government was privatizing companies and giving away ownership stakes to either political families in Beijing or to favor Wall Street clients, these big firms benefited enormously.”

Schweizer said he knows of about two dozen former elected U.S. senators or congressmen who now lobby on behalf of Chinese intelligence and military-linked firms.

“I’m just talking about military- and intelligence-linked firms, and they are petitioning our government, they want favors, they want to get off of restricted lists they might be on, they try to change the perception—Huawei is trying to convince people that no, we don’t have any links to, you know, the Chinese intelligence apparatus, which is absurd. And this is a huge problem.”

“Elite capture has worked for a minimal investment. They’ve enriched members of our leadership class, and that leadership class has, in turn, done their bidding, effectively doing their lobbying, in the United States.”