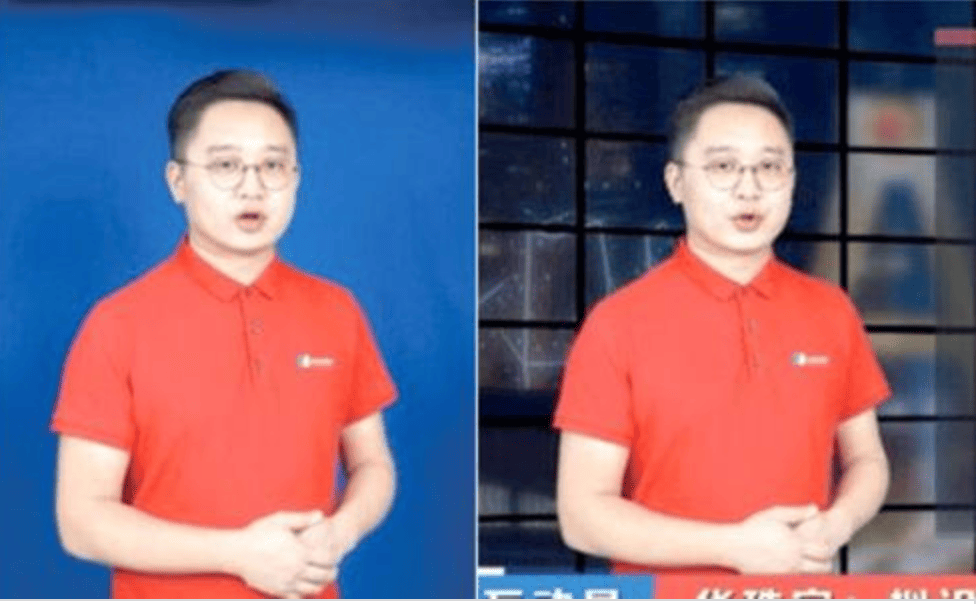 “Hello everyone, I am the artificial intelligence news anchor on National Business Daily. I am the virtual twin of the original host. I have been running—reporting the news—undetected for 70 days now,” the AI news anchor N Xiaohei revealed itself to its television viewers on Dec. 20, 2021, after 1700 hours of a continuous live news broadcast.

AI anchors have appeared in China’s TV programs in the past, but they could be identified immediately back then. Since the test launch of AI Business Daily on Oct. 11, 2021, N Xiaohei’s Douyin account—the Chinese version of TikTok—has accumulated over 3 million fans despite the real person not appearing on air for 70 days. Xiaoice, in collaboration with NBD, has demonstrated its ability to develop virtual replicas that are almost indistinguishable from real humans through advanced AI learning and rendering technologies, according to the Chinese state-run Xinhua News Agency.

According to the report, Xiaoice Framework’s small-sample learning technology allowed the two virtual humans to complete their training cycle in one week. Chinese business commentator Zeng Xiangling said that long training cycles were needed to train AIs in the past, whereas short training cycles significantly reduce the high cost of developing AIs.

Not only that, the Xiaoice Framework’s technical driver makes the end-to-end automation on AI possible, enabling the AI to collect, edit, and broadcast financial news all by itself. From reading financial information, generating text and graphs, and synchronizing with the pre-trained virtual anchor, the AI could broadcast a complete live video on the network without any human assistance.

“The era of an unwearied, safe, and reliable AI Being has arrived,” Xiaoice CEO Li Di said. “It is going to provide a steady news output.”

According to an NBD report, AI news anchors are modeled using deep learning neural network technology, enabling them to broadcast in Mandarin, English, and other languages. The advanced AI technology is now being used to upgrade and transform the Chinese media industry as well as its film industry. Since the success of the AI Business Daily program, each NBD news channel will now also fully collaborate with Xiaoice to create AI TV programs.

Xiaoice, or “Microsoft Little Ice,” is an AI system developed by Microsoft Asia in 2014. The company was formerly known as the AI Xiaoice Team of Microsoft Software Technology Center Asia. It is Microsoft’s biggest independent AI R&D team. In July 2020, Microsoft spun off its Xiaoice business into a separate company, allowing it to operate as an independent entity in China and other Asian countries. The Xiaoice Framework is one of the world’s complete artificial intelligence frameworks with the largest AI interactions globally.

Xiaoice CEO Li Di said in October 2021 that a large number of AI subjects were created in the past two years, and the number will rapidly expand. Li expects AIs to eventually outnumber the human population while incorporating diversity and individual customization.

On Oct. 20, 2021, the ninth day after NBD’s AI TV test launch, China’s State Administration of Radio, Film, and Television, released the section of the “14th Five-Year Plan” detailing its strategy for news broadcasting and audiovisual networks. The plan proposes to strengthen AI applications in its news production and broadcasting, such as promoting the widespread use of virtual anchors in TV programs and improving news production and broadcasting efficiency using AIs.

Artificial intelligence does not need to eat or sleep, nor does it get sick or need overtime pay, and now it can actively generate news content. However, many are also very concerned about the rapid development of AI.

Mr. Wang, a 20-year IT industry expert in Japan, told The Epoch Times that artificial intelligence has far surpassed humans in terms of calculation methods, performance, and learning ability. But the biggest problem is that it has no ethics, morals, or personal values. If this AI technology is in the wrong person’s hands, it could be devastating to mankind.

The current robotics technology is also very advanced. Some robots can even surpass humans or animals in many physical activities. Once AIs are given the ability to act physically, humans may not have the power to resist, granting the people in control of the AIs the ability to do whatever they desire, Wang added.

Senior media professional Shi Shan told The Epoch Times that the Chinese regime has no bottom line for fraud.

“[The CCP’s] AI technology can now produce a close-to-perfect virtual news anchor, but what is next? A fake politician? A party leader? Perhaps it has already been done,” Shi said. “The CCP is great at deceit. The international communities now have to pay close attention to the authenticity of China’s audiovisual programs and other media content.”

Big data is the key to AI research and development: the more relevant data, the better the AI is trained. While rapidly developing its own artificial intelligence, the CCP deliberately limits the flow of Chinese data abroad.

China uses its massive population for gathering and developing its local AI technology. Tang Bohua, a patent examiner in the United States Patent and Trademark Office, told the Chinese publication of The Epoch Times that the CCP’s lack of regard for human rights and privacy opens up a huge data set for them, while the United States’ respect for these rights keeps data sets incomplete.

On Jan. 4, the CCP introduced a new version of its “Cybersecurity Review Measures.” The newly updated rules will require all Chinese network platform companies with data on more than 1 million users to undergo a security review before listing abroad.

A law professor at Taiwan’s National Taipei University of Technology, Christy Jiang, told Radio Free Asia on Jan. 4 that she believes the one-million user threshold most likely included all Chinese tech companies that may be seeking listings overseas.

The CCP has prioritized AI development in recent years, making it a “key national development strategy.” It has mandated AI into many aspects of ordinary life, not only to surveil and control its people but also to use its massive population to spur development.

To bolster the rapid development of AI, the CCP has issued a number of supporting policies and regulations, including its “Made in China 2025” and “13th Five-Year Plan.”

“Artificial intelligence technology can accurately perceive, predict, and early-warn the major trends of society. [It can] grasp people’s cognition and psychological changes and proactively decide the responses. [This technology] will significantly improve the ability and level of social governance. It is irreplaceable for effectively maintaining social stability,” according to the plan.

“It will have a profound impact on government management, economic security, social stability, and global governance.”

Hong Kong finance and economics columnist Alexander Liao said the CCP believes the emerging technology revolution—artificial intelligence—can bring new life to the authoritarian system, which was on the verge of collapse.

In 2013, the CCP proposed the “Modernization of National Governance System and Governance Capacity” plan and adopted it five years later in its 2019 plenary. According to Xinhua News Agency, a Chinese state-run media, the project is “a series of institutional arrangements aimed to make China’s governance system increasingly complete, scientifically standardized, and operate more effectively.”

In 2014, the CCP launched the “Social Credit System,” which linked the social behavior of all ordinary citizens with the large-scale monitoring system in mainland China. It adopted facial recognition and big data analysis technology to carry out large-scale social control with AI.

By 2020, the system has been integrated into almost all public service fields, including employment, education, loan services, travel ticket purchases, and more. This control method has been fully popularized in the form of “health codes” during the CCP virus pandemic.

“All measures of ‘modernization of governance’ are the basis for strengthening the CCP’s authoritarian rule to ultimately achieving totalitarian control, and everything is rooted in artificial intelligence,” Liao added.