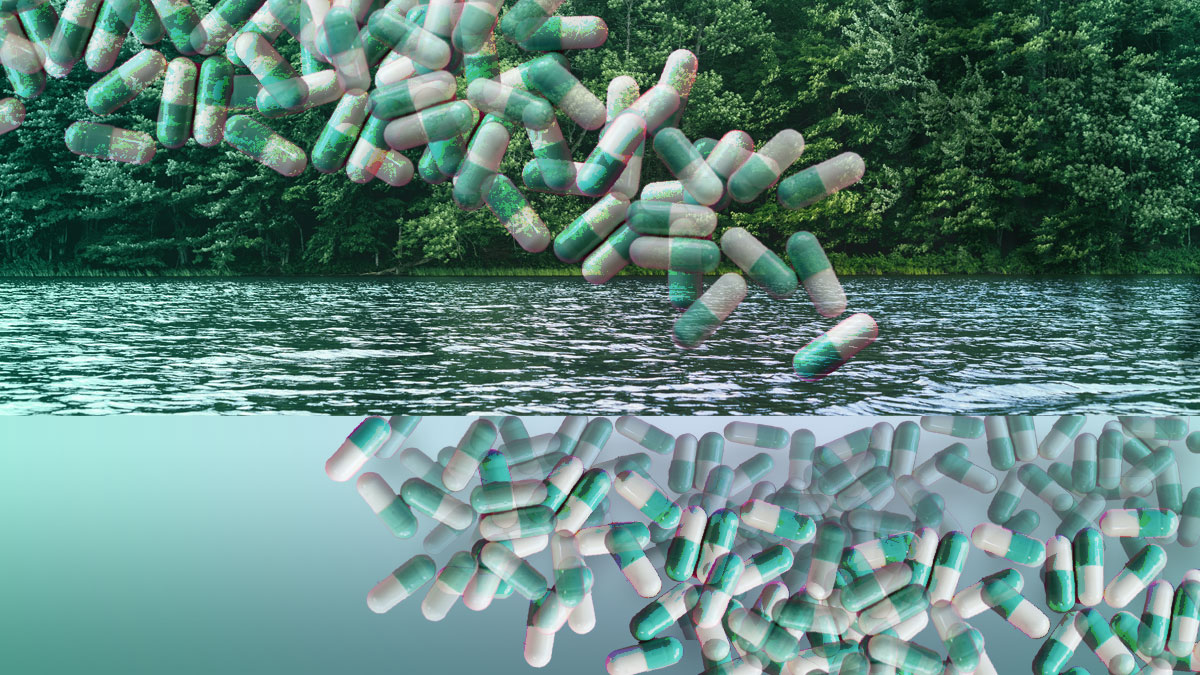 A disturbing new analysis has revealed that over 40 percent of the world’s rivers may now contain harmful levels of pollution from pharmaceutical drugs. Published in the Environmental Toxicology and Chemistry journal, the study found that around 461 of 1,052 sites monitored across 104 countries had drug concentrations considered to be of concern. Concluding that pharmaceutical pollution is a global problem, the researchers say that work is urgently needed to reduce concentrations in rivers down to acceptable levels.

To assess the effects in rivers across the world, the analysis utilizes the results of a global monitoring study of 61 active pharmaceutical ingredients examined alongside available ecotoxicological and pharmaceutical data. Worryingly, not only did 43.5 percent of the sites sampled have drug concentrations considered to be of concern, but 23 of the substances measured occurred in concentrations exceeding those currently claimed to be “safe”. Such substances included drugs from the antidepressant, antimicrobial, antihistamine, beta-blocker, anticonvulsant, antihyperglycemic, antimalarial, antifungal, calcium channel blocker, benzodiazepine, painkiller, and progestin classes. The drugs most frequently detected were carbamazepine (an anticonvulsant) and metformin (a diabetes medication).

The global ecotoxicological effects of drugs

Pointing out that there are now over 1,900 pharmaceutical compounds in use in human and veterinary medicine, the researchers say it is inevitable that these will be emitted to the natural environment during their manufacture, use, and disposal. Summarizing the growing evidence that pharmaceutical compounds can negatively affect the health of ecosystems, the paper cites a notable decline in vulture populations on the Indian subcontinent, effects on the behavior of fish, and a rise in drug-resistant bacteria as examples of the damage that is occurring. The highest cumulative concentrations of pharmaceuticals in surface waters were found in sub-Saharan Africa, South Asia, and South America, with Lahore in Pakistan being the most polluted system.

The researchers say that while their study provides a major step forward in our understanding of the potential global ecotoxicological effects of pharmaceuticals, there is still much to do. Given the sheer number of drugs now being used in so-called ‘modern medicine’, and the fact that the study only looked at 61 of them, the researchers recognize that their analysis may well be underestimating the actual impacts on aquatic systems around the world. They additionally note that the rivers that were monitored will contain not just pharmaceuticals but also other pollutants such as industrial chemicals, pesticides, and metals. These too will inevitably be having ecotoxicological effects.

In the conclusion to their study, the researchers point out that current ecotoxicological risk assessments have mainly been carried out using single-compound approaches. In other words, they essentially ignore the negative synergistic effects that drugs and chemicals have when present in combinations. This approach clearly has to change. Research from Denmark has already confirmed the dangers of chemical cocktails in foods. As a result, for example, we now know that even small doses of pesticides and polychlorinated biphenyls (PCBs) can amplify each other’s negative effects when present in combinations. The same will undoubtedly also be true for the numerous drugs and chemicals that are polluting the environment.

Even prior to the publication of this latest study it was already clear that the pharmaceutical ‘business with disease’ is both scientifically and economically unsustainable. Through deliberately developing drugs that only treat the symptoms of diseases and avoid addressing their root causes, the pharmaceutical industry’s annual global income is forecast to reach $1.8 trillion by 2026. Illustrating how this business model has the potential to bankrupt entire economies, research published in the Journal of the American Medical Association (JAMA) recently estimated that close to half of all new brand-name prescription drugs launched in the United States in 2020 and 2021 came with an original price tag of at least $150,000 a year.

But as if even this wasn’t bad enough, evidence of the ecotoxicological damage that pharmaceutical companies are wreaking on the planet clearly shows that drug-based medicine is environmentally unsustainable as well. Replacing the pharmaceutical ‘business with disease’ with natural systems of healthcare based on nutritional and Cellular Medicine approaches will therefore not only benefit the health of humanity, but that of the environment also. It is time for environmentalists and ‘green’ campaign organizations worldwide to recognize this and join together with natural health advocates in working for healthcare reform.

40 Million in US West Without Water in 2023 – Dane Wigington