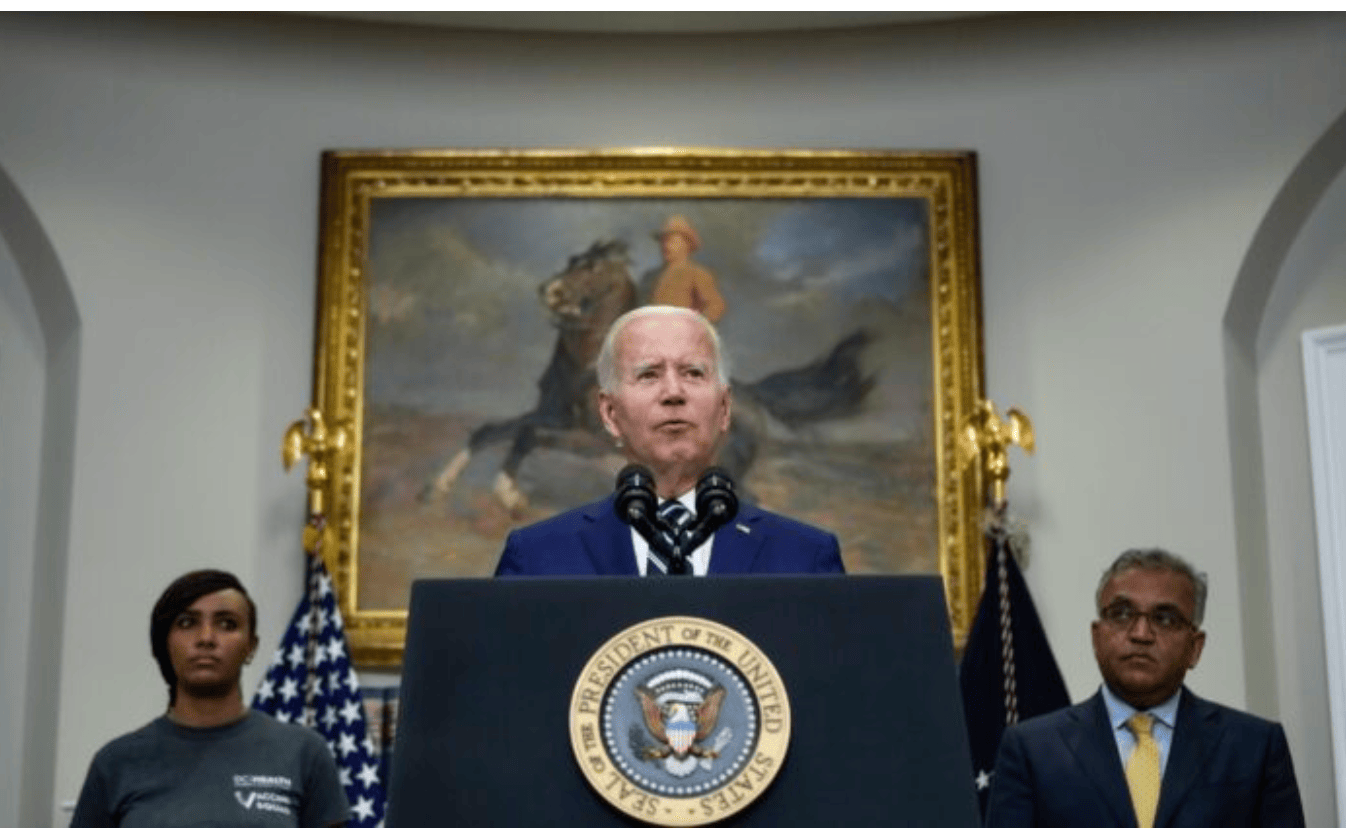 The Biden administration has granted a 90-day extension for the COVID-19 emergency, which was set to expire on July 15. This means that government spending, which has already driven the debt to near-record levels, will continue.

An extension of this state of emergency allows for the continued distribution of unapproved vaccines, under emergency use authorization. These drugs, which are still available for free, represent U.S. taxpayer money and government debt being used to pay private pharmaceutical companies billions of dollars. So far, 599 million doses have been administered in the U.S. at a cost of around $15 each, paid for by the government.

The extension means that in some states, low-income families may be entitled to enhanced food stamps and continued stimulus checks. Numerous federal and state-funded health programs will continue. California, Colorado, Delaware, Georgia, and 10 other states are still sending out checks. Other programs extended through September include the Pandemic EBT (P-EBT), and a 15 percent increase in Supplemental Nutrition Assistance Program (SNAP) benefits. SNAP can now be used to make online purchases, so it is even easier to spend the free money. Additionally, there is $1 billion in nutrition assistance for American Samoa, the Commonwealth of the Mariana Islands (CNMI), and Puerto Rico.

In late January 2020, the Secretary of the Department of Health and Human Services (HHS) declared a public health emergency (PHE). The following year, the $1.9 trillion American Rescue Plan was passed. It included a $10 billion Homeowner Assistance Fund, and $350 billion Coronavirus State and Local Fiscal Recovery Funds. States are also able to access other monies to fight the pandemic.

Extending the Pandemic Extends the Debt

COVID-19 spending has increased government borrowing in excess of the 2020 debt ceiling. The United States debt ceiling—or debt limit—is a limit on the amount of national debt that an administration can incur.

In December of 2021, Congress raised the U.S. debt ceiling by $2.5 trillion, to cover the government’s operations until after the midterm elections in fall 2022. In order to pass the new debt ceiling, the rules had to be changed, which required a simple majority rather than 60 votes in the Senate, as had previously been the rule. Democrats voted for the debt ceiling increase. Republicans voted against it. And the measure was passed by a majority of 1 vote (with a 50 to 49 split).

In March of 2021, the federal deficit hit $660 billion, and as of June of 2022, the U.S. public debt stood at $30.57 trillion. By the end of the year, it is predicted to exceed 137 percent of gross domestic product. Extending the pandemic will only make it worse.

Although many expected pandemic-related government spending and state of emergency extensions to end, the COVID-19 disaster has had an open incident period (the period of time during which a federally declared disaster is occurring) and open period of performance (the deadline for completing emergency work) since it was issued in 2020.

This means that increased government spending can continue to drive up inflation.

In an attempt to cool off the economy, the Fed has raised interest rates, but the effects will be muted if the government continues to spend. Meanwhile, the cost of borrowing has increased, making excessive government spending even more expensive.

As prices continue to rise, it is becoming more difficult for low-earning Americans to support their basic needs. The Democratic response is to keep calling for a doubling of the federal minimum wage. Payroll accounts for between 15–30 percent of most business overhead. The average profit margin for small businesses is only 7–10 percent. Biden’s plan for curbing inflation was to tell businesses to cut costs. Doubling the minimum wage would effectively wipe out the profits of most businesses. As a result, businesses would either shut down—ballooning unemployment—or they would have to increase their prices by as much as 30 percent to remain open and operate at the same profit level. If all businesses increase their prices by that much, Biden can achieve record hyperinflation.

The other solution Democrats have come up with is to increase government welfare programs. Measures such as additional transfer payments to the poor, including continued stimulus checks and increased food stamps all represent government spending that must be financed through borrowing. Increasing the national debt will not only cause inflation in the medium-term but will weaken the American economy in the long run.

To curb inflation, the United States needs to enact a contractionary fiscal policy. In other words, the government must put a moratorium on spending money it does not have. This means that the state of emergency related to the pandemic must be allowed to expire. The White House will also have to stop looking for other emergencies to declare. During the week of July 21, major media outlets reported their expectation that Biden would declare a climate emergency, although he has yet to do this. If he does, a brand-new cycle of spending can begin. As neither the pandemic nor the climate has specific, quantified endpoints, theoretically, the emergency could be continued forever.