Prepare For Change
Home Discernment 172,000 Admissions of FRAUD: “We, the CDC, Are Responsible for Some Pretty... 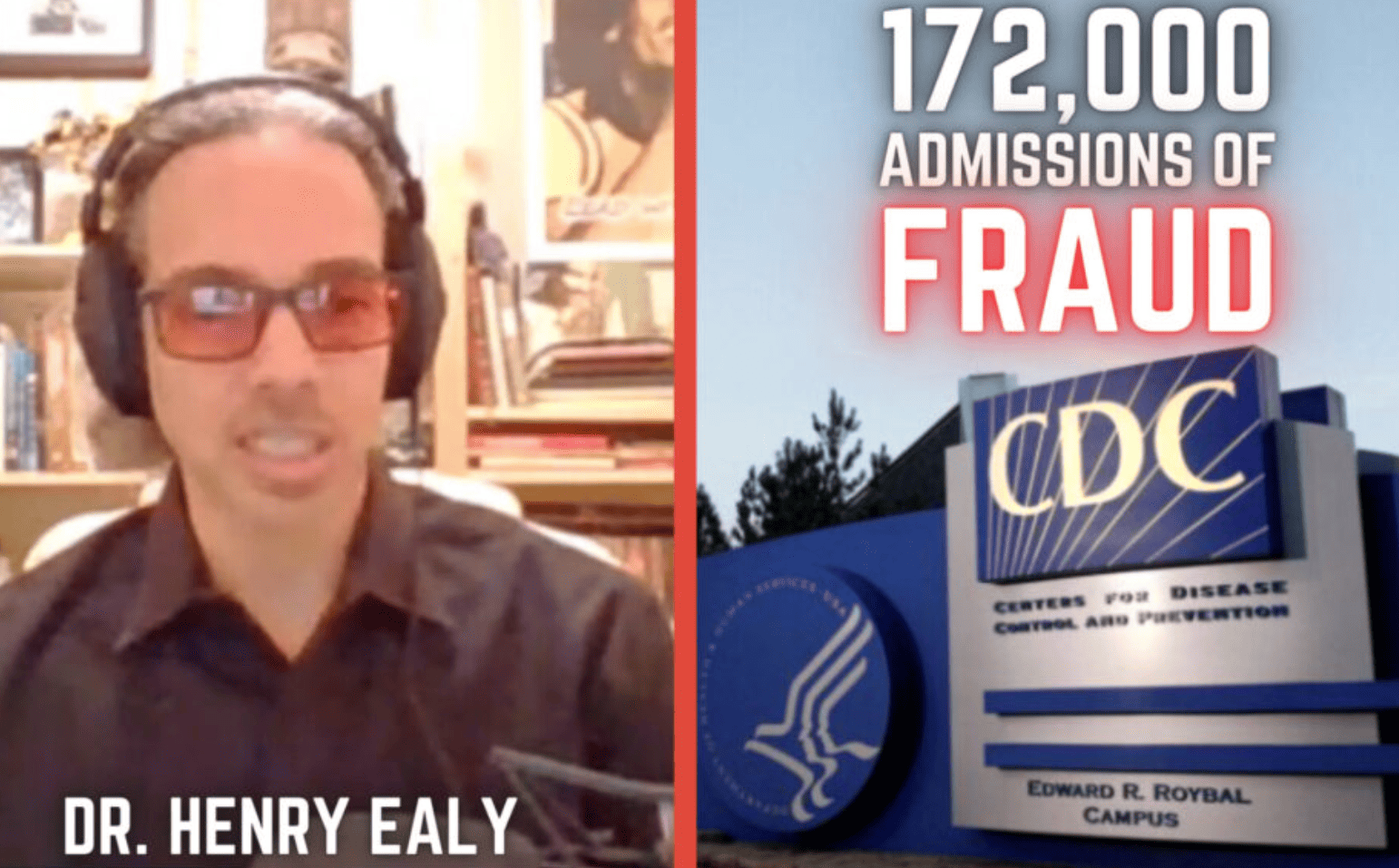 “They knowingly did wrong things. They knowingly committed acts of data fraud. They KNOWINGLY did this because what do you need to start and claim there’s a public health emergency?”

It is obvious to anyone who has been paying attention over the last two and a half years that the COVID response has been mishandled to the point of doing far more harm than good. Whether it was done intentionally or not is up to debate, but in order to get to the bottom of it, we need investigations.

Backed by Oregon Senators Kim Thatcher and Dennis Linthicum, Dr. Henry Ealy in his team are on a mission to bring forth a Grand Jury investigation against the CDC.

The ship seems to be sinking as you see Dr. Fauci trying to sneak out the back door of retirement and Dr. Deborah Birx going on Fox News saying, “I knew these vaccines were not going to protect against infection, and I think we overplayed the vaccines.”

But let’s focus our attention specifically on the CDC and the fraudulent OVER counting of COVID-19 deaths.

After partial audits of death certificates in Santa Clara County and Alameda County, California, both saw a significant reduction in the COVID death count. 22% and 25% respectively. In fact, a peer-reviewed paper by Dr. Ealy and colleagues concluded that the overcount of COVID deaths was anywhere from 88.6% to 94%. Let’s give Dr. Ealy the floor to go into more detail.

“Our peer-reviewed research paper that we published in October 2020 showed that the overcount of COVID deaths was anywhere from 88.6% to 94%. And if we remember, the CDC admitted this and said, ‘You know, 94% of all death certificates had on average 4.0 pre-existing conditions, 4.0 comorbidities.’

Well then. If we remember, the CDC did two things as well. Twice, the CDC has lowered the COVID death count by a grand total — I think it’s about 172,000 deaths over the last year and a half. That’s 172,000 admissions of fraud, right?” So then Rochelle Walensky Came out with an internal memo on August 17.

This was supposed to stay within the CDC, but somebody leaked it out. “To be frank, we are responsible for some pretty dramatic, pretty public mistakes — from testing, to data, to communications.” “Now, it’s taken forever for them to respond, but they finally responded. And what we are arguing right now is very basic. We’re arguing our right to get information to a Grand Jury. That’s the argument.

Because once we get this information — and we submitted a 63-page position, fully sighted, with over 1000 pages of evidence — once that gets before a Grand Jury, they can investigate, and they can start indicting people.

And one thing that’s really cool [is] they can actually expand the scope of their investigation to include other people that maybe we didn’t name because we’ve named Rochelle Walensky. We’ve named Xavier Becerra. These are heads of the CDC and HHS. We’ve named the former heads Robert Redfield (CDC), who wants no part of this. Believe me. We got him!” “And we also named Alex Azar, the former secretary of the Health and Human Services. And one other person a lot of people don’t know about; his name is Brian Moyer. And Brian Moyer is the head of the National Vital Statistics System.” “So it’s complex, but let me just distill it down.”

“They knowingly did wrong things. They knowingly committed acts of data fraud. They KNOWINGLY did this because what do you need to start and claim there’s a public health emergency? You need dead bodies!

You need dead bodies in high numbers, and the only way to do that is to manipulate the death certificates and say that people who died from diabetes, who died from kidney disease. Say that instead of dying from those things, they died from COVID, when in actuality they died from their pre-existing conditions.”

Thanks, Dr. Ealy, for your knowledge, expertise, and persistent effort to expose the lies of the perpetrators.