Prepare For Change
Home Financial WHY Is Germany Committing Suicide? Because It’s Been Manipulated To Do So 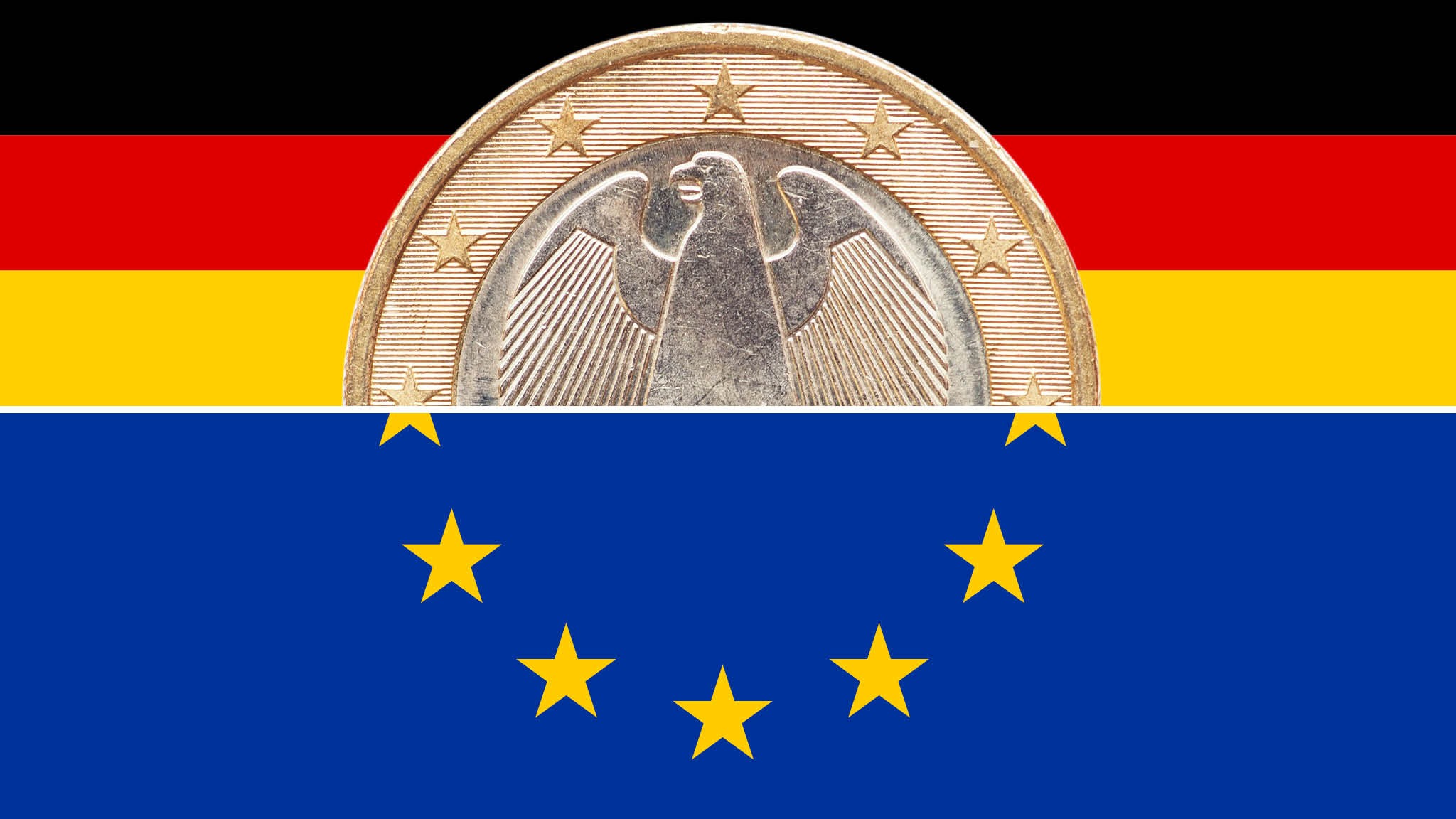 WHY Is Germany Committing Suicide?

The Same Reasons WHY the EU/UK is Being Deindustrialized!

Well, that’s the real question, isn’t it? Why? The how and the who is just scenery for the public. Oswald, Ruby, Cuba, the Mafia. Keeps ’em guessing like some kind of parlor game, prevents ’em from asking the most important question, why? Why was Kennedy killed? Who benefited? Who has the power to cover it up? Who?

Why is Germany committing harakiri (or seppuku)?

Because the Americans ordered them to do so!

Both articles give a fascinating explanation of HOW Germany is committing suicide. Green Agenda 2030. The Great Reset. Etc.

I emailed Engdahl about the following statement that he wrote in his article and asked him, “What is the real reason for the complete deindustrialization of Germany? Besides the Green Energy or Great Reset bullshit.”:

It is not because politicians like Scholz or German Green Economy Minister Robert Habeck, nor EU Commission Green Energy Vice President Frans Timmermans are stupid or clueless. Corrupt and dishonest, maybe yes. They know exactly what they are doing. They are reading a script. It is all part of the EU plan to deindustrialize one of the most energy-efficient industrial concentrations on the planet. This is the UN Green Agenda 2030 otherwise known as Klaus Schwab’s Great Reset. [Bolded emphasis is mine.]

For whatever reasons, Engdahl didn’t reply to my email. But in my email to him, I basically answered my question when I asked the following:

Is it to emasculate Europe completely so as to make Europe completely dependent on the US for both energy and technology? The rest of the world is moving towards BRI and BRICS. The only block left to harvest aka rape and pillage for the Americans is Europe (plus Japan and South Korea).

The story of an alleged US plan to drain EU resources to prop up its economy was reported on Tuesday by Nya Dagbladet, a Swedish news outlet, which describes itself as anti-globalist, humanist, pro-freedom, and independent. An English-language version was released later in the week.

The newspaper claimed that it obtained a classified document signed by the RAND Corporation, titled ‘Weakening Germany, strengthening the US’. The paper, which was allegedly produced in January, outlined a scenario for how the US could help its struggling economy by draining resources from its European allies.

The purported plot involved goading Russia into attacking Ukraine, which would force the EU to impose sanctions on Russia and decouple their economies from Russian energy.

Well, today (September 17, 2022) I contacted the two Swedish authors of Nya Dagbladet and asked them to provide me with the RAND document. Markus Andersson, one of the authors and chief editor, quickly replied and voila, here is the “fake” RAND document:

You better save a copy of this PDF on your hard drive and pass it on to all your friends, especially those sheeple living in Germany, before the RAND people scream bloody murder and disappear this very important “fake” document!

Very soon now, the RAND people will call it a “forgery”.

It is dated January 25, 2022 and is labelled “Confidential”. The distribution list includes:

Shall we take a little peek into this “fake” document?

The present state of the U.S. economy does not suggest that it can function without financial and material support from external sources [very definition of a parasitic empire!]. The quantitative easing policy, which the Fed has resorted to regularly in recent years, as well as uncontrolled issue of cash during the 2020 and 2021 Covid lockdowns, have led to a sharp increase in the external debt and an increase in the dollar supply [the very definition of high inflation rates].

The continuing deterioration of the economic situation is highly likely to lead to a loss in the position of the Democratic Party in Congress and the Senate in the forthcoming elections to be held in November 2022. The impeachment of the President cannot be ruled out under these circumstances, which must be avoided at all costs. [Bolded emphasis is mine.]

There is an urgent need for resources to flow into the national economy, especially the banking system. Only European countries bound by the EU and NATO commitments will be able to provide them, without significant military and political costs for us. [The USA has ran out of third-world and developing nations to rape and pillage.]

The major obstacle to it is growing independence of Germany. Although it still is a country with limited sovereignty, for decades it has been consistently moving toward lifting these limitations and becoming a fully independent state. This movement is slow and cautious, but steady. Extrapolation shows that the ultimate goal can be reached only in several decades. However, if social and economic problems in the United States escalate, the pace could accelerate significantly. . . .

Vulnerabilities in German and EU Economy

An increase in the flow of resources from Europe to U.S. can be expected if Germany begins to experience a controlled economic crisis [bolded emphasis is mine]. The pace of economic development in the EU depends almost without alternative on the state of the German economy. It is Germany that bears the brunt of the expenditure directed towards the poorer EU members.

The current German economic model is based on two pillars. These are unlimited access to cheap Russian energy resources and to cheap French electric power, thanks to the operation of nuclear power plants. The importance of the first factor is considerably higher. (ER: Which would explain Macron’s decision some time ago to shut down some of France’s nuclear reactors.) Halting Russian supplies can well create a systemic crisis that would be devastating for the German economy and, indirectly, for the entire European Union. . . . [Bolded emphasis is mine.]

Due to coalition constraints (ER: We can see the political value of coalitions, where nothing decisive can get done), the German leadership is not in full control of the situation in the country. Thanks to our precise actions, it has been possible to block the commissioning of the Nord Stream 2 pipeline, despite the opposition of lobbyists from the steel and chemical industries. However, the dramatic deterioration of the living standards may encourage the leadership to reconsider its policy and return to the idea of European sovereignty and strategic autonomy.

The only feasible way to guarantee Germany’s rejection of Russian energy supplies is to involve both sides in the military conflict in Ukraine. Our further actions in this country will inevitably lead to a military response from Russia. Russians will obviously not be able to leave unanswered the massive Ukrainian army pressure on the unrecognized Donbas republics. That would make possible to declare Russia an aggressor and apply to it the entire package of sanctions prepared beforehand. . . .[Bolded emphasis is mine.]

The RAND Executive Summary then goes on to detail the “Expected Consequences” with projections of financial and economic losses for Germany. (ER: And therefore for the rest of Europe)

The rest as they say is . . . (almost) Mission Accomplished!

P.S. Adolf must be rolling in his Argentina grave now that Sergeant “I Know Nothing!” Scholz is in full command of the Fatherland . . . .

A top US think tank has slammed a Swedish news report which claimed that it plotted to weaken Germany and the EU by provoking Russia into attacking Ukraine.

RAND corporation has asserted that the claim is “fake.”

The story of an alleged US plan to drain EU resources to prop up its economy was reported on Tuesday by Nya Dagbladet, a Swedish news outlet, which describes itself as anti-globalist, humanist, pro-freedom, and independent. An English-language version was released later in the week.

The newspaper claimed that it obtained a classified document signed by the RAND Corporation, titled ‘Weakening Germany, strengthening the US’. The paper, which was allegedly produced in January, outlined a scenario for how the US could help its struggling economy by draining resources from its European allies.

The purported plot involved goading Russia into attacking Ukraine, which would force the EU to impose sanctions on Russia and decouple their economies from Russian energy.

The resulting damage to EU member states, particularly Germany, would undermine the EU’s political power and potential for pursuing policies independent from the US – and it would trigger an outflow of capital and skilled labor from Europe to the US, according to the plan as described by Nya Dagbladet. The RAND Corporation responded to the publication on Wednesday. A short statement said that “a supposedly leaked RAND report about a bizarre U.S. conspiracy to ‘weaken Germany’ is fake.” It urged readers to sample its research on Ukraine and misinformation.

The think tank has been one of the most influential players in the realm of US foreign and military policy for decades. Whistleblower Daniel Ellsberg, who in 1971 leaked to the media classified documents detailing the scope of US involvement in the Vietnam War, gained access to the papers because he was working for the RAND Corporation as a strategic analyst.