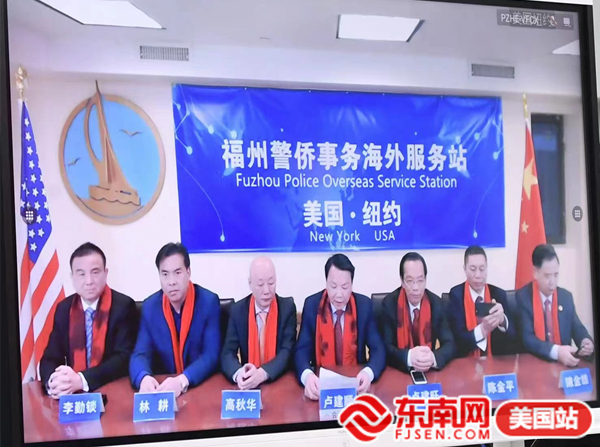 Let’s take a peek Inside China’s secret police station in New York. 36 of these stations are in operation throughout 16 nations in Europe.

FROM THE NY POST: “These operations eschew official bilateral police and judicial cooperation and violate the international rule of law, and may violate the territorial integrity in third countries involved in setting up a parallel policing mechanism using illegal methods,” reads a report by Safeguard Defenders, a human rights watchdog, released earlier this month.

To find and capture dissidents, China has established numerous secret police stations throughout the world, including one in New York City.

According to a recent report by the human rights organization Safeguard Defenders, the Chinese Communist Party (CCP) operates at least 54 “overseas police service stations” in 30 different nations, including the US.

As reported by the Chinese-language news website FJSEN, the station in New York, which is situated on East Broadway between Chinatown and the Lower East Side, officially opened on February 15.

When The Daily Mail visited the office, which was located above a ramen shop and adjacent to an acupuncturist where the receptionist was shocked to learn that it was a covert police station.

It was closed, and locals stated it was rarely open.

The New York location, like many others across the world, is marketed as a place to help Chinese nationals through bureaucracy.

China said that since the program’s inception in April 2021, it had ‘persuaded’ 230,000 Chinese nationals to return to the country.

Despite the CCP’s claim that the stations are intended to monitor “fraud and telecom fraud” committed by Chinese residing abroad, the human rights group criticised the stations.

Laura Harth, campaign manager for the Safeguard Defenders, said it was alarming to find that China was conducting police operations in other nations.

Little is recorded about the station in New York, which seems to be concealed in plain view in the busy Chinatown neighborhood of the city.

Around the world, there are other stations that operate covertly, frequently within Chinese restaurants or convenience stores.

According to the Telegraph, one of the two stations in London is licensed as a real estate agency, and the one in Glasgow is housed within a Chinese restaurant.

China is allegedly utilizing the tool to find dissidents and urge them to return to their home country, according to Harth.

The nonprofit organization described instances where families asked foreigners to persuade a loved one to return to China.

According to Safeguard Defenders, the CCP was threatening to harm the citizen’s family if they did not come back.

“Nothing seems to be too impressive or too harsh,” Harth said. “That’s a clear message to anyone seeking to leave China, or already left China: that you’re not safe anywhere.”

According to the report, China is expected to broaden its program around the globe.

In addition to the list of police stations, Safeguard Defenders emphasized that China has categorized nine Asian countries as “forbidden” and has made requests for all citizens to return immediately.

Turkey, the United Arab Emirates, Myanmar, Thailand, Laos, Cambodia, Malaysia, the Philippines, and Indonesia are among the countries involved.

According to the story, one Chinese restaurant owner in Cambodia was forced to return to China after authorities threatened to cut off her mother’s power if she did not.

According to Safeguard Defenders, there have been numerous instances of police visiting the homes of “fraud” suspects and spray-painting the words “shameful fraud” on them.

36 of these stations are in operation throughout 16 nations in Europe.

According to the non-profit, some have been discovered assisting Chinese police in remotely carrying out “persuasion sessions.”

An individual sought in China for environmental contamination was located by a station in Madrid.

He was made to sit down for a video chat with Chinese prosecutors and public security officials, and a family member was requested to sit next to the Chinese authorities throughout the session.

Authorities threatening to turn off the electricity to people’s homes or limiting family members’ access to schools are two other instances of blackmail.