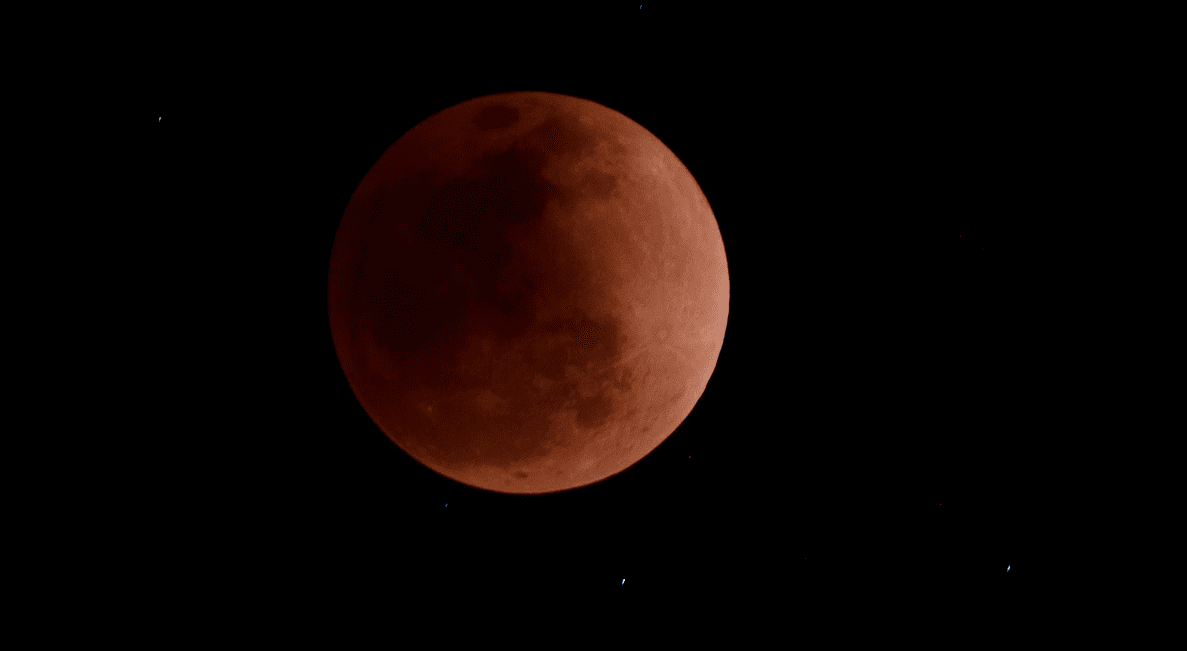 This will be the second and final lunar eclipse of 2022. 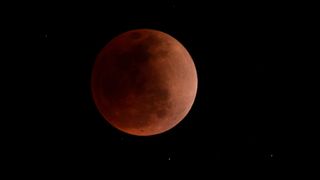 Early on Election Day morning, early risers will have an opportunity to observe the November Beaver Moon undergo a total eclipse.

This will be the second lunar eclipse this year; the last one took place on May 16, 2022 (opens in new tab). You may want to try and catch this one next week as there won’t be another total lunar eclipse until March 14, 2025.

The lunar eclipse coming our way next Tuesday morning favors the western half of North America and the Hawaiian Islands (where the moon will appear almost directly overhead at mid-eclipse). Along the Atlantic Seaboard, the moon will set while it begins to emerge from total eclipse. For central and eastern Asia, Indonesia, New Zealand and Australia, the eclipse will be happening on Tuesday evening as the moon is rising.

Looking for a telescope for the lunar eclipse? We recommend the Celestron Astro Fi 102 (opens in new tab) as the top pick in our best beginner’s telescope guide.

In all, Space.com estimates that 2.7 billion people will have an opportunity – weather permitting – to enjoy the best part of this lunar show. In other parts of the world, either only the partial stages of the eclipse will be visible, or the eclipse will occur when it’s daytime and the moon is not above their local horizon.

This map and accompanying diagram (opens in new tab) depicting the moon’s track through the Earth’s shadow are courtesy of Eclipsewise.com. The timetable below tells what to expect at your location and when. Dashes indicate that the moon has set and is below the horizon.

Stages of the Eclipse

A total lunar eclipse has five stages, with different things to watch for at each.

The first penumbral stage begins when the moon’s leading edge enters the pale outer fringe of the Earth’s shadow, called the penumbra. But the shading is so weak that most people won’t notice anything until about 70% of the lunar disk is immersed into the penumbra; or about 20 minutes before first contact with the much darker umbral shadow. Some folks with exceptionally acute vision can detect the penumbra when the moon has intruded about halfway across the penumbra or about 30 minutes before it first touches the umbra. Watch for a slight darkening to become apparent on the moon’s upper left side. The penumbral shading (or “smudge”) becomes stronger as the minutes tick off and the moon moves deeper in.

The second stage is partial eclipse. This begins much more dramatically when the moon’s leading (left) edge enters the umbra, Earth’s inner shadow, where no direct sunlight reaches. With a telescope, you can watch the edge of the umbra slowly engulfing craters, mountains and lunar maria (the darker plains on the moon’s surface), as your local night sky slowly and progressively gets darker. Take note of the Pleiades star cluster, which will be situated high above the moon, becoming more prominent as the eclipse progresses.

The moon looks absolutely incredible through a good telescope with a moon filter. We recommend the Celestron Astro Fi 102 (opens in new tab)as the top pick in our best beginner’s telescope guide.

A little over an hour into partial eclipse, only a final bright sliver of moon remains outside of the umbra. And the rest of the moon is likely showing an eerie reddish/coppery glow. The contrast in both light and color have led some to refer to this as the “Japanese lantern effect.”

Next comes the third stage: the total eclipse, beginning when the last rim of the moon slips into the umbra. Although the sun here is completely hidden, the moon is likely to glow some shade of red or orange. These hues are caused by sunlight skimming and bending through Earth’s atmosphere: it’s the combined light of all the sunrises and sunsets that ring our world at any given moment. If an astronaut were standing on the moon, he or she would see the sun completely hidden and the dark disk of the Earth (appearing nearly four times larger than the moon does for us) surrounded by thin ring of red or orange light. And that light, in turn, falls across the surrounding lunar landscape.

The other factor is the state of the Earth’s atmosphere along the sunrise-sunset line. If the air is very clear, the eclipse is bright. But if a major volcanic eruption has recently polluted the atmosphere with an aerosol cloud or a thin global haze, the eclipse will be ashen gray, or almost black. The Agung volcano in Indonesia in 1963 and Pinatubo volcano in the Philippines in 1991 were the primary reasons for the lunar eclipses that followed in the wake of their eruptions for being so dark.

In addition, blue light refracted by Earth’s clear, ozone rich upper atmosphere can also add to the scene, especially near the umbra’s edge.

Emerging from the shadow

As was the case last May, the duration of totality will run unusually long, lasting 85 minutes. And then, as the moon continues eastward along its orbit, events recur in reverse order. The moon’s leading edge re-emerges into sunlight, ending totality and beginning stage four: partial eclipse again.

When all of the moon escapes the penumbra, only the last penumbral shading is left for stage five. This final duskiness slowly fades away, leaving the brilliant mid-autumn full moon to resume its normal guise.

Look for Uranus too!

By a fortuitous coincidence, the planet Uranus, magnitude +5.6, will appear less than 2 degrees to the upper left of the moon during totality. Spot it with your binoculars or telescope by first making a sighting of the yellow-white +6.3 magnitude star HIP 13448 which during totality will appear about a degree to the moon’s upper left. Then continue a similar distance in the same direction until you come to another “star” appearing about twice as bright as HIP 13448. Only that will not be a star, but the sixth planet out from the sun. Can you see anything of Uranus’s aquamarine blue-green tint? Contrast with the orange-red moon may make this color a bit more obvious.

And for some fortuitous locations: northwestern North America, Asia, Japan and the Arctic regions, the moon will actually occult (hide) Uranus.