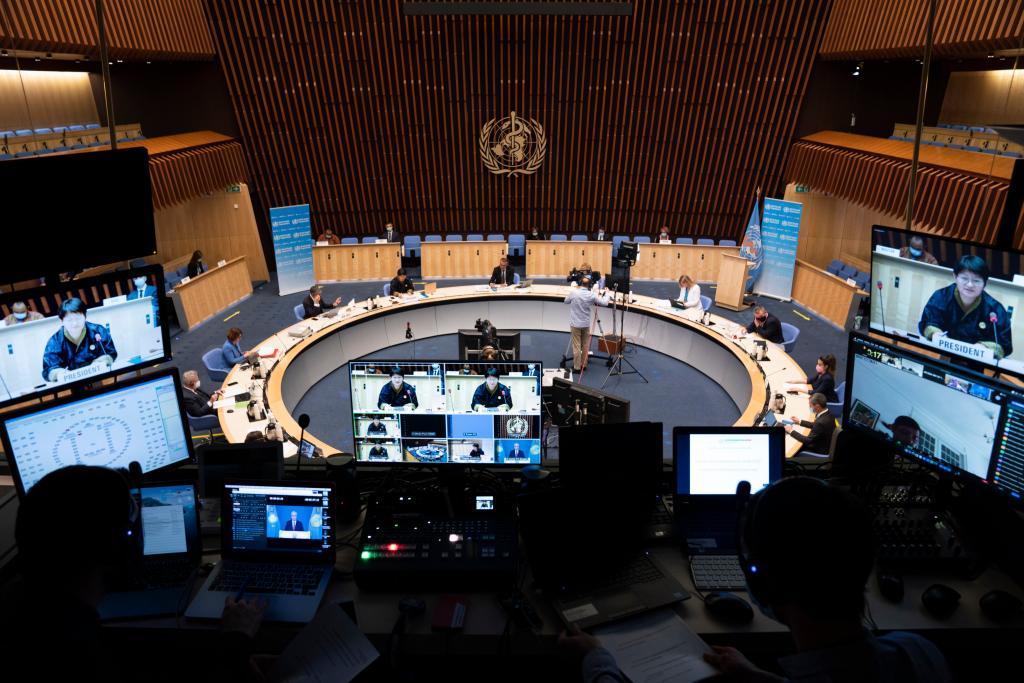 The World Bank has created a global pandemic fund, the largest fund in its history.  At the same time, preparations to implement the World Health Organisation’s Pandemic Treaty marches forward.

We recently published an article about G-20 leaders calling for the establishment of global vaccine passports.  In it, we included remarks by Indonesian Health Minister Budi Gunadi Sadikin on 13 November, from Day 1 of B20 Indonesia 2022. “G20 country has agreed to have this digital certificate using WHO standard,” Sadikin said

Earlier in his remarks, he mentioned that the global pandemic fund is the largest fund the World Bank has ever created and it will increase in the next 5-10 years.  Less than two weeks later, on 25 November, the Intergovernmental Negotiating Body (“INB”) quietly published 7 documents, one of which was a ‘Conceptual zero draft’ of the World Health Organisation’s (“WHO’s”) proposed Pandemic Treaty.

WHO’s Pandemic Treaty is nothing more than a gigantic marketing and promotional campaign designed to expand the reach, power and profits of Big Pharma, James Roguski said. Roguski is an activist who investigates WHO and has been following developments closely.

Indonesia’s G20 presidency began on 1 December 2021, leading up to the summit in the fourth quarter of 2022. The G20 is made up of 19 countries and the European Union.  In its presidency, Indonesia focused on “three main pillars”: global health architecture; sustainable energy transition; and digital transformation. In his opening remarks on Day 1, Sadikin summarised what Indonesia’s presidency had achieved:

“I’d like to share with you what our Indonesia Health sector has achieved in the G20 presidency and what are the business opportunities for you. The first one, we, with the Ministry of Finance G20, achieved to establish the global pandemic fund 1.4 billion US dollars has been pledged from 24 institutions. Clear result. And this is the largest [fund] ever in World Bank has ever created. so hopefully in the next five years, 10 years, it will increase the size of the fund to 10 billion US dollars.”

The following is an adaptation of James Roguski’s article ‘Pandemic Treaty Update’ published on 26 November 2022.

INB will be meeting for the third time on Monday, Tuesday and Wednesday, 5-7 December 2022.  It is unclear as to whether or not they will be live-streaming their meetings.

On 25 November 2022, the INB published the seven (7) documents listed below on their nearly invisible web page:

Of the seven documents, the most important is the official version of the “Conceptual Zero Draft” of the proposed “Pandemic Treaty.”

Note: James Roguski obtained and published an advance copy of this draft. “I believe that the official copy is the same as the advance copy,” he wrote. You can read his article and a copy of the draft HERE.  At the end of his latest article, Roguski gave a five-minute audio summary of the draft document and the Pandemic Treaty which has been renamed in the draft as “WHO CA+.”  The draft doesn’t define the acronym, but Roguski has guessed it most likely is an abbreviation for “World Health Organisation Convention Agreement and more” – WHO CA+

In another relevant article, read HERE, Roguski described how WHO’s Pandemic Treaty is nothing more than a gigantic marketing and promotional campaign designed to expand the reach, power and profits of Big Pharma.

He also advises readers to watch two of his interviews:

Documents 5, 6 and 7 are summaries of events that have already happened. The next most important document is the updated timeline (schedule):

The above schedule is regarding the proposed Pandemic Treaty.

The schedule in the table below is regarding the proposed amendments to the International Health Regulations.