Prepare For Change
Home Media WE, THE PEOPLE OF THE EARTH, ARE ASKING FOR PEACE AND ABUNDANCE...

(NB – This content was provided to Judi of our Media NSG by a reader via our Send a Message to a Leader form.  To others who wish to follow suit, we will do our best to also publish content that is similarly focused on creating a more loving, peaceful, and prosperous planet.)

WE, THE PEOPLE OF THE EARTH, ARE ASKING FOR PEACE AND ABUNDANCE ON EARTH NOW!!!!

It is time to wake up, time to act, we cannot wait anymore! 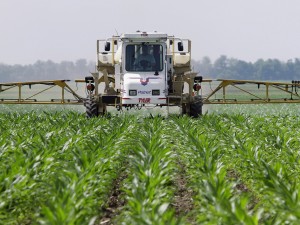 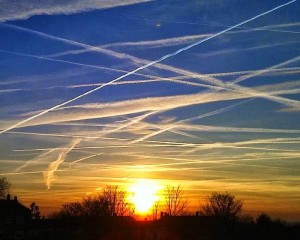 The list could be longer, but we must stop it.  It cannot last as a book with endless pages to talk about. We have been fooled for thousands of years…AND ALL THIS WAS DONE TO CONTROL, MANIPULATE AND ABUSE US WITH THE POWER OF FEAR.

Do you have any doubts about what is listed here? SEEK AND INFORM YOURSELF TO KNOW THE TRUTH. ” The truth shall set you free ” ( words of Jesus).  This scenario is repeating itself since thousands of years, we are controlled and manipulated by a handful of people which inherit the power from generation to generation.  Many of these Elite exist in about 13 or so families:  the Morgans, the Rothschilds, The Bushes, the Rockefellers, etc.).  They have been very powerful until now because we did not know the truth.  They were so powerful that nobody never questioned them or what they required of us through taxes, laws, sacrifices of all kinds, hard work and the like.  All this without significant changes and growth for humanity!  From promises to promises they have stolen all creativity from us, removed the joy of living, and disabled our ability to create.  We have forgotten to love our selves and each other, we have lost freedom, not to mention the damages to the Earth.  Here we are ON THE EDGE OF PLANETARY FINANCIAL COLLAPSE!

Despite all the sacrifices (and hard work), humanity is increasingly ill, sad, and more and more tired.  WE CANNOT SAY ANYMORE THAT WE DON’T KNOW ABOUT IT! Governments are the puppets of these families and they take orders. Banks were originally designed to help people to develop in prosperity, but today they are corporation tools using people as cattle.  In order to have a better control of the people, they divided all, countries, races, religions (Is not God ONE and the same for everyone?). They have introduced distorted laws that degrade and divide us even more. Putting in jail those who seek to help the world like Nelson Mandela or Gandhi, and many others which sacrifice their lives to help humanity.

Free energy – discovered by Nicolas Tesla that could prevent the oil industry to prosper – was suppressed and forbidden.

M. Keshe, who released on the 20th of march 2014, free energy patents and teachings, thus allowing us to change and improve our way of living.  He has been threatened to death by American and Belgium Governments because of the releasing of this free technology, competing with the Oil /nuclear energy profitable sustainability.

NOW WE KNOW THE TRUTH … SHALL WE CONTINUE WATCHING OUR PLANET BE DESTROYED WITHOUT REACTION?

We have agreed to be their slaves for a long time, but today we have the ability to take back OUR planet and our freedom.

WE HAVE THE POWER TO ASK GOVERNMENTS, BANKS AND MILITARY TO:

We are 7 billion people on Earth – from these 7 billion a majority accepts the “matrix” system out of fear and ignorance or simply because they do not want to know. But most of us (who are aware) are tired of being punctured , deceived , betrayed , abused, ignored by the institutions, being governmental or not. We are at a crucial moment in the history of human evolution. The energies of change are upon us. WE HAVE THE POTENTIAL TO JOIN FORCES, and without fear, firmly and peacefully, we are able to demand the complete withdrawal of all governments AND banks in the world, the withdrawal of all forces of war all over the world because wars, violence and money are of the past and they have demonstrated their inability to make people happy .

LET LOVE BE THE MOTIVATOR OF CHANGE.  LET’S LOOK AT THE OTHER AS OUR BEST FRIEND.  LET’S FREE OUR WORLD WITH LOVE AND NON VIOLENCE LIKE GANDHI.  (TO DO THIS) WE MUST FORGIVE THOSE WHO HAVE ABUSED US, THANK THEM FOR WHAT THEY HAVE ALLOWED US TO LEARN ON THIS PLANET, AND START TO BUILD A WORLD OF PEACE, LOVE AND LIGHT.

FOR THAT WE MUST BE SOVEREIGN ON OUR PLANET.  MOTHER EARTH IS A PARADISE OF ABUNDANCE AND IS AWAITING TO BE RELEASED FROM PRISON TO EXPRESS AGAIN ITS PRISTINE BEAUTY AND ITS POTENTIAL TO ENSURE THE LIFE OF ALL LIFE ON HER BODY.

NEVER AGAIN WILL A HUMAN BE UNHAPPY.  THIS IS THE SACRED PROMISE OF THE ONE THAT WE ARE ALL TOGETHER.

The system was created with lack of everything to better manipulate us.  It has demonstrated its inability to support and protect life.  We, the people of the Earth, do not want it anymore because it does not serve life and humanity.

A country has freed itself – ICELAND – and nobody has spoken about it.  They demanded the withdrawal of government and banks in 2009 and the cancellation of all debts.  THEY SUCCEEDED …TODAY IT IS A GROWING COUNTRY WHERE UNEMPLOYMENT RATE IS ONLY 6% AND THIS FIGURE IS DECLINING. THEY ARE A LIVING EXAMPLE OF WHAT WE CAN FOLLOW, THEY SHOWED US THE WAY!

Well for a start, let’s meet and talk with each other as if we were all the same family.  Once a month, let’s organize picnics, meetings, groups and gather in the street to exchange ideas on how we see our new world.  We know what we want!
WE WANT TO LIVE IN PEACE AND HARMONY WITH EACH OTHER IN A CLEAN AND BEAUTIFUL PLANET, SO LET’S DO IT!!!  LET LOVE BE THE MOTIVATOR OF CHANGE, LET’S LOOK AT THE OTHER AS OUR BEST FRIEND.

These meetings could be organized on the second Sunday of each month, gathering more and more people. What are we waiting for? The best time is always NOW! Internet is our best tool; let’s use it to organize us.

(NB – That’s what we aim to do here at PFC; help those around the world connect with fellow brothers and sisters to create a better world for all of us!)