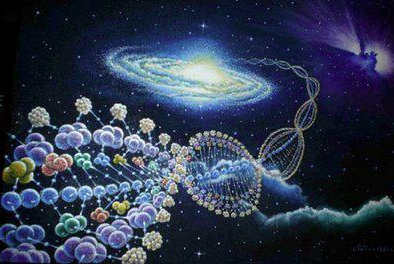 Concepts like “national security”, “classified top secret” and “strategic deception”, have so skewed the public discourse about extraterrestrial life that few feel confident that they can say what is real and what is not. What is well known and accepted is that feudal royalty has descended to this time with a continued sense of “noblesse oblige”, allowing them to do as they wish with only a nod and wink to the rule of law. From the dawn of the industrial age in the second half of the 19th Century they have been determined to consolidate their power on Earth by using the threat of destruction by off world beings, war with extraterrestrials, as their concluding move in the long chess game of ultimate global dominance. This project has been code-named Project Blue Beam.

Since the rule of Victoria in Britain generations the kings men have met in groups of two to thousands to plan their oligarchic empire of Earth. for most, this was a strategic deception to convince the global population to submit to their unchallenged control of every aspect of life on Earth. In truth their plan assumed that real Aliens would not be involved, that they would, in secret, develop technology to awe and amaze the masses that the certainty an alien presence would be total and the people so filled with fear that no resistance to the surrender of their sovereignty would be offered.

Duty, glory, money and the cachet of being an insider were used to induce the luminaries of literature and mysticism to participate in the scheme. Masonic obligation, military duty and awe of the King, the Queen and the Pope have caused the  influential  to set the stage throughout the past century for the ultimate deception, a fake attack by extra terrestrial civilization.

The baton of leadership of this oligarchical enterprise has passed among the dominant families of the anglo-american axis during the 150 year rise, with the Rockefeller brothers assuming control during the hight of World War II, a time when there was real concern that England would fall to the Nazi onslaught.

What should also be made clear is that there is an evolutionary polarity that has arisen since WWII, between the British-origin oligarchical intentions to use the threat of a fake ET invasion to support their world takeover, and the rise of the technological capability to be extra-terrestrials led by the German-origin technology sector of the American Military -Industrial Complex.  The German-origin break-away civilization is derived from the research of Tesla, seized after his death and kept secret ever since. The Break-away Civilization groups now routinely deal with ETs in interstellar commerce, making their existence common knowledge among a growing segment of the the Earth population.

This has damaged the Blue Beam plan to the extent that it is no longer feasible to pursue.  In fact the Break-away Civilization has set the stage for full disclosure of the Planet’s secret history and the Global oligarchy’s relationship to a group of ETs from Orion who regard the Earth as their colony.  The coming Full Disclosure is being supported by an increasing range of other interested parties from Earth’s past, present and future.  The truth about natural law and its technological application will astound the surface population of Earth and the ability to travel among the stars that is revealed will open the flood gates of realization about the deception planned with Project Blue beam and continually enforced by generations of global leadership.

Natural Law provides an understanding of the nature of consciousness and creates the foundation for the Rule of Law among all stellar civilizations, which have existed for millions of years and who will now be involved in enabling is application on Earth for the first time in more than twenty-five thousand years. Project Blue Beam has become a boogyman for those who oppose the release of the truth about interstellar life and travel. They want the masses to believe that that the release of information about our off-world activities and discoveries is just a smoke screen for a totalitarian takeover of our planet. Now they are using public knowledge and fear of it to steer the disclosure of the truth.  It will not work, but they will try.

Without further introduction the below videos deal with four aspects of the coming disclosure. The first is the Dark Order, which shows the rise of the current oligarchical conspiracy, the second shows the role of the current public personailites in managing the release of information related to ETs, to their advantage, in an effort to mitigate the the damage of their roles in Blue Beam. The third, titled “The Secret Break Away Civilization You’re Not Supposed To Know About” is testimony from many involved individuals about the rise of the Break-away Civilization. The fourth is a current release from an individual who is now coming forward to talk about his involvement with peaceful interstellar civilization here to oppose the rule of our solar system by those who do not respect Galactic Rule of Law in regard to the sovereignty of conscious beings.

The first video below details the rise of the secret organization behind Project Blue Beam. Although this video does not deal with the project it shows the basis of its origins and great ambitions. Detailing the extension of the tentacles of power into every aspect of thought and activity for the purpose of creating global dominance by the Anglo-America conspiracy, the video shows well the depth of its existence.

The second video (below) T-Files: The Last Card illustrates the public evidence that has surfaced about the oligarchical Elite and their paid political helpers involvement in controlling the information about extraterrestrial’s existence. It is clear from this video that the discussion about Disclosure is carefully stage managed by key members of the Elite who have made it their life’s work to use the existence of Aliens as their trump card in whatever game they find themselves playing.

The third video below, titled “The Secret Break Away Civilization You’re Not Supposed To Know About” is testimony from many involved individuals about the rise of the Break-away Civilization.

This fourth video is from Corey Goode. It is testimony about his role in the Secret Space Program.