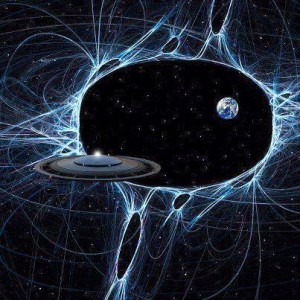 This feels pretty ridiculous, that I of all people should be attempting to provide readers with this information! The subject of Physics during my school years was combined with Chemistry and the Physics would have been secondary school level from the 1960’s and about 7-8 months tuition all in all. Nor was it my favourite subject I might add. However I have been so totally fascinated by what this man Harald Kautz Vella is telling us and I just have to attempt to combine/translate that knowledge and try to connect it in my head to the information that Cobra has been providing us with since 2012, to try to convey a broader picture of this difficult subject matter to a level of easy understanding for a layperson like myself. I’m probably going to make several mistakes in my interpretation of this subject yet my deepest feeling here is that in understanding some of this information we will also have an easier grasp of how the archons have managed to control us from the etheric astral plasmatic planes of existence. Much of the following information has been taken from several video interviews/lectures between the author/scientist Harald Kautz Vella and Miles Johnston. I will provide links to these videos further down.

Harald has said in an interview about his new book {see links below} “don’t ask me how all of this information came across my path in the past two years – I haven’t a clue – there must be a higher more lovely side to the curtain that turned out to be helpful ……” Harald also said the following:

“We have to get out of the fear trap – out of dualism – because fear is only attracting stuff from the future. I’m 100% optimistic, because I see problems being solved and big steps at the moment, all of the things left over are bad habits …… and all the people involved on human levels they all have been fooled by somebody you know the fear engineering fraction is fooled by the military fraction and the military fraction wants to have all of these SDI weapons …plasma …let’s give it a geo-engineering painting from outside to say that it is something from mankind, the military community are fooled by the intelligence community abusing their particulate plasma to monitor billions in their own country, the – {positive? – could not hear this word} in the military would never allow that. They are about protecting America from the Russians protecting America from the Chinese they are not into controlling their own population this is abusive, so the military should hate the intelligence community, the intelligence community should hate the black magic people, because they are abusing the control technique they are using onto humans for their black magic so they should be aware of this lower fraction, the black magic fractions are fooled by the archons, they tell them it is something for you personally to have more power on planet earth but that’s a bloody lie! They have demonic interests that are not in the interests of humans and that are not in the interest of black magic people as well, and even the demons have a problem with their own AI {artificial Intelligence} so even them {archons} can find an enemy on the lower level to fight against…. people will now have to clear up their own business because information is coming out now ……they are slowly getting it…….”

For anyone in fear of being called a ‘conspiracy theorist’ who has been programmed, or wrongly informed regarding the subject of chemtrails etc. “no-one wants to be the weird guy and this ‘conspiracy’ argument is an ugly argument to make people shut up” says Harald. “We can fight this with a few clever moves he says and the first question that comes to mind re Chemtrails is where does this word come from?”

You can study Chemtrails at University!

The name Chemtrails it would seem comes from soldiers mainly from the US army / air force who brought this word into the English language. They attended classes at the chemical faculty of the US army and one of the classes is ‘The Chemtrail Class’! The University teaches how to make Chemtrails! “We see {Harald says} it’s a military technology, we don’t know if it’s applied or not? {Yes we do and Harald knows this too all too well.} But we can study the technology.” It would seem that the manuscript of about 260 pages is difficult to read and composed of questions with no answers, basically examination questionnaires. In the subject matter is found subjects such as; aluminium coating of plastic surfaces and nylon {fibres} synthesis; ‘spoofer sprays’; {the military application of aluminium coated nylon fibres used to hide planes from radar detection} Spray pyrolis: nano particle production during a combustion process; Ultrasound nozzles of watery solution – as fuel additives;

None of this is secret but officially admitted by state authorities. Many have discussed this subject for years without any fruitful conclusions but Harald says that to find out more you need to go to places where people like this congregate and listen in on conversations and find out what they are planning. By some stupid mistake network specialists at NASA published an internal paper about 12-15 years ago that was classified but that appeared for two days in the public domain of the main NASA website. This paper is discussed now and then, it’s basically a power point presentation that displays certain terminologies; a copy of this is seen on the video at 13:15 mins {in the 2hr lecture}. The heading on this paper reads; Strategic Issues/Future Warfare [ca 2025] followed by large heading – The Future Is Now!

The following 3-4 minutes give details about this warfare that absolutely ‘click’ within me and remind me of the information from Cobra about how the archons control us via their electromagnetic fence.
Some of this discussion after 13:15 minutes touches on weapons used in every domain already one of them being the microwave used for mobile phones, smart meters, wireless land connections, also we are surrounded by microwaves and they enter our body and we just think it’s a side effect of technological applications but NASA classifies microwaves as an apparently legal non-lethal weapon! They also name the effect of those weapons i.e. behavioural performance decrements, seizures, gross alteration in brain function, 30-100% increase in blood flow in the brain as also lethal effects that come over time. These are weapons brought out on mankind that NASA is openly talking about in this power point paper for the future and we are falling for it. We think it’s clever to have a mobile on our head half of the day. Remember Cobra telling us that anything named ‘smart’ is not so smart to use! They discuss a ‘smart explosive dust’ that can go into human beings and kill them from the inside and even penetrate into underground facilities to access people hiding down there.

To continue reading go to this link:

NB: Today August 7th 2015 I have moved this article to a more visible/easier to access page on Veritas and so this is a new link – the previous link from 3rd Aug will not work now: