Prepare For Change
Home Uncategorized Shadow of Nemesis 4: NASA and The Prophet of Ascensionism

In Hebrew, MerKaBa means “light vehicle” or “fire chariot” and represents our double nature. On the one hand, we are the result of an evolutionary, biological development. On the other, we are enclosed by this divine light that seeks to interpenetrate our human body more and more. The MerKaBa is not a vehicle inviting us to step inside and take a seat. We can’t enter something that already surrounds us. 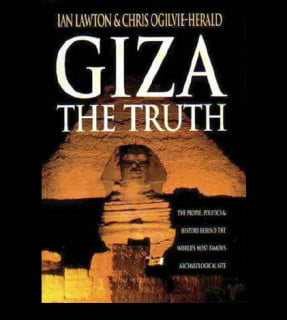 By halfway through the last year of the second millennium, someone finally wrote a book containing the facts necessary to understand just what is going on at the Giza plateau.

It wasn’t West, Stichen or Bauval; and although the book was also written by two denizens of the empire’s dark heart, it wasn’t the ponderous tome that came out around the same time.

Presumptuously titled Giza the Truth, that book is intended to appear as the definitive summary of the behind the scenes politics of Giza. It instead leaves its more credulous readers with the distinct impression that it was written for academia as an initiation exercise by a pair of unemployed British ex-hippies. 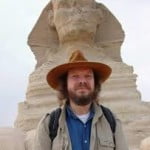 Ironically enough on Dr. Schoch’s web site, the authors of Giza the Truth are publically accused of lying and misrepresenting his data by the usually soft-spoken scientist.[60]

Although written on an unsustainable premise, The Stargate Conspiracy by Lynn Picknett and Clive Prince documents the synarchism-driven agenda that moves events on the Giza plateau.

Edgar Cayce was born in 1877. He died in 1945. In 1910, he was introduced to the world by no less a sponsor than the NY Times, as an illiterate bumpkin who, when under hypnosis, became a master physician. Nothing could have been further from the truth than Cayce being either illiterate or a bumpkin. 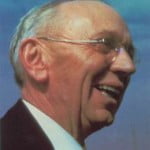 The first seven years of Cayce’s career were spent working in bookshops. Thirty years later, he still had the book catalogues he worked with memorized and could recite them at will. When he came of age to be initiated at twenty-two, he joined his father Leslie B. Cayce as a travelling salesman for the Fraternal Insurance Company. The company catered to Free Masons, and Edgar’s father had the authority to set up new lodgEdgar was assisting him with this endeavor and, no doubt, made many powerful connections within the occult brotherhood that founded America during this brief span. It was also around that time, he started acting strangely and ‘going into trances.’

In his memoirs he admits being summoned to Washington DC sometime in 1918 or 1919 to consult with someone he discreetly describes as being high in authority. One of Cayce’s earliest promoters was David E. Kahn, who had served in WWI with Woodrow Wilson’s cousin. After the war Cayce, Kahn and Major Wilson went into business together forming the Cayce Petroleum Company in Texas.

Kahn in a 1965 interview stated that it had been Colonel Edmond Starling, head of America’s Secret Service at the time, who had arranged the meeting between President Wilson and Cayce. Kahn described Starling as a lifelong friend of Cayce. The two both hailed from Hopkinsville in Kentucky.

Cayce claimed Atlantis existed for two hundred thousand years before coming to a catastrophic end, when it was swallowed up by the ocean in 10,700 BCE.

However, remnants of that civilization escaped the calamity and, after migrating into Egypt from the Caucasus Mountains, displaced its original yellow-skinned inhabitants; and built the pyramids and sphinx sometime between 10,490 and 10,390 BCE. The refugees from Atlantis brought with them “the records of the people of One God from the beginning of man’s entrance into the earth.”

In 10,500 BCE, the records were sequestered in an underground pyramid somewhere between the Sphinx and the Nile. According to Cayce, this Hall of Records, as it has come to be known, can be reached by a passage located beneath the right paw of the Sphinx. Cayce predicted that when the records were found, there would be global changes.

This extract is 672 words. The complete article is 5670 words Read it here