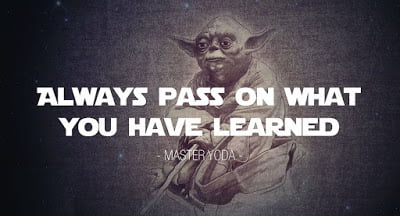 Meditation for Europe was a partial success. Although many people participated, we were far from achieving the critical mass.
It is true that Russian intervention in Syria has triggered a wave of refugees returning back to Syria, as it was reported by Iranian news agency just hours after our meditation:
http://english.farsnews.com/newstext.aspx?nn=13940802000381
On the other hand, there is far from enough awareness about the severity of the refugee situation among the Lightworkers and Lightwarriors. The whole situation is a mixture of a genuine great humanitarian crisis as masses of people are fleeing the war, and an attempt of the Cabal to destabilize Europe and trigger WW3 by igniting religious hatred between Christians and Muslims. About three quarters of refugees are people who escaped the horrors of war and they deserve all our love and support. But, it is estimated that about 4% of migrants entering Europe are Islamic State mercenaries that are being infiltrated into Europe. It is also estimated that additional 20% of migrants have been given large sums of money to enter Europe, posing as economic migrants, but actually serving as a backup for the mercenaries. Some of them have been trained and mind-programmed in military camps across Middle East, logistically supported by CIA. This whole operation, costing a few billion, has been financed with Rothschild and Saudi money. This segment of migrants has been given easy access to fake or stolen Syrian passports to make their infiltration into Europe easier:
http://www.express.co.uk/news/world/604394/Alarm-Syria-sells-10000-passports-few-questions-asked
Most top European politicians are aware of the invasion plan and support it willingly or unwillingly under the dictates of the Cabal. The agenda of the Cabal is to annex parts of Europe to the Islamic State caliphate until 2020 and their plans are serious:
http://www.express.co.uk/news/uk/597254/ISIS-Map-Europe-Terror-Organisation-Andrew-Hosken-Caliphate-Abu-Musab-al-Zarqawi
The Cabal has plans to repeat the same process later in the USA after Europe is taken. Last week, tiny alpine country of Slovenia has been receiving a steady influx of 10,000 refugees daily. If we compare this to the United States, the flow of refugees is comparable to 2 million migrants entering the States daily across the Mexican border through a few entry points in California, Arizona, New Mexico and Texas.
Although thanks to the Russian intervention the plans of the Cabal for Europe and USA will NOT be successful, it is still very important for Lightworkers and Lightwarriors around the world to support peace in Europe with mass meditations. This is the most serious geopolitical situation on this planet since the end of WW2. Meditation for Europe might need to be repeated again and announced on my blog if the situation will require, and I would ask that more people support the Light at that critical moment. Also, it would be good if people who feel so guided would do this meditation daily. Aside from our meditations, what is urgently needed on the surface of this planet is a spiritual intervention of the Light forces, which will occur, as soon as the strangelet bomb threat is reduced to a manageable level.
On a brighter side, you might wish to read this Cobra interview by Prepare for Change:
https://prepareforchange.net/2015/10/18/cobra-the-disclosure-chronicles-the-creation-part-1-an-interview-by-prepare-for-change/
Or listen to the Youtube version here:
https://www.youtube.com/watch?v=8TNMvv6LDvY
The October monthly update Cobra interview by Rob Potter has been posted, together with the transcript, which you can see if you scroll a bit further down this page:
http://thepromiserevealed.com/2015-oct-27-q-a-with-cobra/
The Youtube version is available here:
https://www.youtube.com/watch?v=UcGB6H4lwRU&feature=youtu.be
You can send your questions to?[email protected] and many of them will be answered in the next monthly update interview.
Victory of the Light!
Posted by Cobra at 1:54 PM Friday Oct 30th 2015
http://2012portal.blogspot.se/
Therese Zumi
http://www.veritasgalacticsweden.net
31/10/2015 at 1011 AM CET