Less than a week ago I shared a message from James Gilliland with my readers. In this message James suggested that that if we put out a collective prayer or meditation with the intention of asking for Divine intervention it would assist Them in acting on our behalf whilst remaining within universal law. He said;
“when their (the people of Gaia) chosen leadership are complicitory in these genocidal acts again when are the people going to awaken and remove these soulless dark hearts who have betrayed their trust. We can as a collective petition the Intergalactic Council of Light for divine intervention which will assist in staying within universal law allowing them to act on our behalf……If we put out a collective prayer and meditation with this intent we can get the assistance we need to once and for all put an end to Draconian influence and the network of humans participating in these dark programs.”

Some readers suggested that I take the lead in creating a petition for the collective of awakened people to declare and command that divine intervention should now take place to finally liberate us from this matrix. As I had recently been thinking about doing this I decided that I would write down some decree that lightworkers could use as Source beings in the name of Source. However when I discussed this with my Guides I was informed that this was NOT necessary.

Enough Decrees Have Been Sent to The One

I am informed that all the necessary decrees, commands, declarations for divine intervention to take place have already been received by the Company of Heaven. We have now had for a couple of years our weekly liberation meditation where we have visualized in great detail just how this process will take place. The numbers taking part have fluctuated but none the less this weekly declaration of clear intent has gone out from hundreds of thousands of people. The so called critical mass has been reached on 2-3 occasions I am told. Besides that we have had numerous portal opening meditations for 2-3 years with tens of thousands of Lightworkers taking part. We have had special specific meditations like the one for Egypt which resulted in a great victory removing power from the cabal controlled Muslim brotherhood.
“Friday, July 5, 2013 Victory of the Light in Egypt….
“As you probably know, a big victory of the Light has been achieved. In the first large scale coordinated action of the Positive Military in the human history, the Archon-infested Muslim Brotherhood has been removed from power in Egypt.” This victory in Egypt was an opportunity for the light forces to do a ‘trial-run’ for The Event. “This action is a result of many months of careful preparation and joint cooperation between the Positive Military, Templars, Resistance Movement and even White Dragons, supported by the human masses.”

WE NOW HAVE A COSMIC GODDESS ON GAIA’S SURFACE 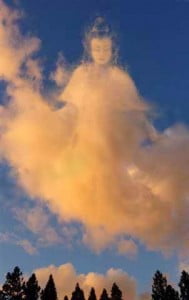 In December 2014 the Goddess Dou Mu moved here to a secret location in the East to anchor the peaceful Goddess energies on the surface of our planet. “At the IS:IS Portal activation, a cosmic Goddess named Dou Mu has left her home star system, teleported into the Eastern Agartha network and then arrived on the surface of the planet. Now she lives in her physical Light body on a very powerful vortex point on the surface somewhere in Asia, channelling cosmic Goddess archetypes of Nut (sky), Maat (justice) and Hathor (love) for the planet, with members of a certain Dragon group being her guardians:”
As you will notice the final words Cobra left us with on December 23rd 2014 were “The Goddess energy, pure unconditional feminine aspect, is returning to the physical plane of the planet as never before.”
“This is a very significant development as it has initialized the Breakthrough phase for the planetary liberation and the beginning of the disintegration of the Veil. This is the first time in many millennia that a cosmic extraterrestrial entity of Light is living on the surface of this planet. “

Then we should in no way forget that beyond this conscious and awakened group of Lightworkers that are aware of the situation here on Gaia that there are millions of people regularly taking part in prayer or meditation of some kind where they are asking Source/Divine Mother for divine intervention of one kind or another. There is not ONE prayer – not ONE plea/cry for help that is not heard by our Divine Mother. She knows what is in the hearts of everyone and She Herself has been getting impatient with the time this has taken.

We who follow The Portal blog have been privileged to gain an understanding for the delay and we have learned time and time again that The Event cannot/will not be initiated until the plasmatic plane with archon paraphernalia and bombs is dismantled.
Recently when Cobra has given us updates he has mentioned on at least two occasions something like ‘as we are now getting closer to The Event’ and he is usually very careful and specific with words so this to me is a clear sign that we are indeed getting closer. Some days ago we heard Rob’s latest interview with Cobra where he admitted that many strangelet and toplet bombs have been dealt with. Rob; “Have they removed any of the strangelet or toplet bombs at all? Have any of them been dismantled?” Cobra; “Oh, yes. Many, many, many have been removed.” Rob; “Oh. Wow. Okay. When all of them are removed, will this immediately activate the Event?” Cobra; “Yes”
Then the final call will go out from the ‘Company of Heaven’/the Council of Light/Love when it is agreed that it is time to send the Flash of Light that will initiate The Event. And there will not be any prior warning of any kind.

So I had started this article and was checking some details when I saw Cobra’s latest message about the result of the recent {2nd} European meditation. On reading it first I thought that maybe today is not a good day for this optimistic article about Divine Intervention being imminent. But then I saw these words from Cobra “Aside from our meditations, what is urgently needed on the surface of this planet is a spiritual intervention of the Light forces, which will occur, as soon as the strangelet bomb threat is reduced to a manageable level.”

And now I hear another new word there ‘manageable’ – that day could be any day!

One Last Plea from Me

The situation in Europe is acute. Believe me living here you cannot fail but to notice that.
Despite the good news that up to 800, 000 refugees started returning to Syria after the Russian invasion recently {directly after our 1st European mediation!} we really do need to impress upon lightworkers now the need for meditation on a regular basis.

My initial idea for today’s post that I would encourage all of us now to unite in a decree for Divine Intervention i.e. The Event now, is NOT necessary. It’s done! The One – Source – Mother is ready as soon as the situation allows it but NOW we do need lightworkers sending love peace and harmonic thoughts to the European situation as much as possible. Cobra’s words today; “Although thanks to the Russian intervention the plans of the Cabal for Europe and USA will NOT be successful, it is still very important for Lightworkers and Lightwarriors around the world to support peace in Europe with mass meditations.”

“This is the most serious geopolitical situation on this planet since the end of WW2. Meditation for Europe might need to be repeated again and announced on my blog if the situation will require, and I would ask that more people support the Light at that critical moment. Also, it would be good if people who feel so guided would do this meditation daily.”

I listened to Saint Germaine last night on AHWAA and he spoke almost exclusively on the subject of creation/creating and says ““It is time, my friends, to truly embrace your creator selves.” After The Event we will be if we so desire learning more about the art of creating out of nothing so to speak and yet it is vital that we understand now that we are already creating a new reality here with our visualisations and heart intent to create Nova Gaia and to send peace to war situations. I myself once experienced the powerful effect that a seemingly simple inner visualisation process of cutting cords had immediate simultaneous effect in this reality, proving that my inner work was just as real as any physical hands on work might be. Saint Germaine reminds us that it’s time to embrace our creator selves and what could be better than using our creator skills in meditation now regularly to calm the European situation. There is in fact nothing greater that we can do leading up to The Event.
Victory to the Light
Therese Zumi