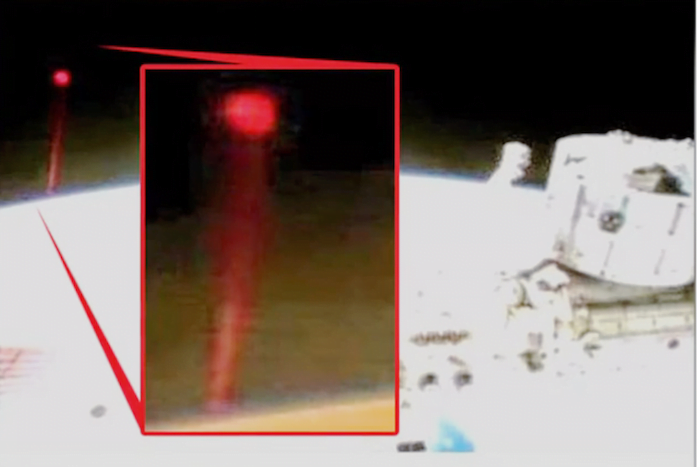 In this episode David and Corey discuss the Alliance activities that are impacting the movement for Disclosure. This has recently been released on Gaia.com on Cosmic Disclosure as part of a four-part Series discussing the A.I. Threat. The first third of the article is here with images of the Alliance Sphere that was attacked by the Cabal with a beam-weapon returning the beam to its source in Australia.

DW: Welcome to “Cosmic Disclosure.” I’m your host, David Wilcock, and I’m here with Corey Goode. We are now getting into some of the most recent updates, having built the foundation of a discussion about the immense problem faced by the entire space program and all the different intelligent civilizations working with them from artificial intelligence, or AI. This was a necessary foundation for us to build before we get into the updates that have come to us from the Alliance through Lieutenant Colonel Gonzales, which is the pseudonym that we’re using for his own protection. So now here with more about Gonzales and the updates from the Alliance is Corey Goode. Corey, welcome to the show.

DW: This is AI problem that we’ve been speaking about has affected the space program so dramatically that you said no one can go to these Super Federation conferences without being scanned for AI. Is that correct?

CG: You can’t even go to the Lunar Operation Command. You can’t interfere with any technology unless you’ve been scanned and cleared.

DW: If the signal is out there trying to do its magic, then can’t it, infect, in any way that it wants? What does it need to be in a person? How does that affect the way that it works?

CG: Well, the person is used as a Trojan horse to get past the basically shielding defenses that keep it out.

DW: I see. So there’s a force field that will block the AI but if it can be stored inside a person, such as through nanites, then they can actually defeat that shield.

DW: OK. Now you said something extremely provocative in the last episode that I’d like to get back to, and that is tell us again the story about these Draco. How did they find the Draco bodies that had AI in them? How did that happen?

CG: Well, to get there I really need to start at the beginning. When I was at Gaiam the last time for a week, shooting the first episodes, in my absence Lieutenant Colonel Gonzales was tasked to attend two major meetings in my absence. One of them was with a group that I had honestly refused to go and visit again, and this was the Draco Alliance Federation.

I had had a very, very horrible encounter with one of what is described as a White Draco Royal, which is a reptilian being that is 14 feet tall, has a vestigial tail, vestigial wings, and is extremely, extremely powerful. I have interfaced, which is what we call, as we’ve said before, communicating telepathically with nonhumans.

I had interfaced with a number of beings and had never had such an invasive communication experience that I did with this one.

DW: Now, why would these loving sphere beings that wanted you to be their delegate, why would they ask you to have to go in there and have a meeting with what would be the biological equivalent of the devil?

DW: You had told me before that– because I remember when this was happening, we were talking about this on Skype. You were originally going to go in and then the meeting got canceled. And I think it was the sphere beings that called it off.

CG: Yes. I was expected to be picked up, I was actually contacted and told this has been canceled. I was picked up and brought in the usual manner, with the blue sphere’s beings, the little orbs.

DW: Could you just again briefly describe what happens?

CG: In my room, a blue little sphere, orb, comes into the room and zips around until I acknowledge it and let it know that I’m ready to be transported.

DW: So you get out of bed or get dressed?

CG: Get out of bed, get dressed, whatever needs– for that occasion. And then it zips to about 18 inches from my chest, stops, and then in the twinkling of an eye, expands to where I am now inside of it and I am floating directly in the center of it. And then it shoots through the wall and off into space into one of the giant blue spheres where either one or three of the Blue Avians is waiting for me– unless it takes me to another location, but in this instance that’s where it took me.

And Raw-Tear-Eir explained to me and showed me holographic visualizations of these beings talking about ripping me apart and humiliating me by urinating on me and all these horrible things and that they had called off the meeting. I was supposed to originally meet them, and I’m speaking a little bit faster because there’s a lot of information to get in.

CG: I was originally supposed to meet them in a deep, deep underground cavern somewhere. So this was called off and renegotiated to where I was going to be meeting them on the surface of the planet, and I was allowed to have four Secret Space Program security personnel with me, who were also intuitive empaths. And so that is what occurred.

DW: Now, these Draco wouldn’t have wanted a meeting, necessarily, prior to December 5, 2014?

DW: And what was it that happened on December 5, 2014 that was such a game changer?

CG: There was what we’re calling an outer barrier erected by the sphere beings that encompasses the entire solar system, and it reaches out far beyond the heliosphere. It is pretty far out. And it keeps any beings from coming in and any from leaving. It is a quarantine.

DW: What about radio communications or those types of things?

CG: There’s been a lot of confusion about that. These quantum correlated communication devices have worked that the Secret Space Program people have been able to contact the Galactic League of Nations program to try to talk with them, to try to negotiate allowing them back into the solar system. So I don’t know what all other groups– if we have that type of communication technology, surely some of these more advanced groups do too. But radio communications and that kind of thing are not going to penetrate.

DW: What was the immediate action that the Secret Earth Government syndicates had taken that seemed to cause this barrier to go up as sort of like an instant karmic blast?

CG: Well, I don’t know if this was a cause and effect, but the Secret Earth Government and its syndicates and the military and some extraterrestrials had developed a very powerful weapon that they aimed at a sphere. And I don’t know if that can be put up right now, but–

DW: Now normally, we couldn’t see it with a telescope.

DW: It was cloaked.

CG: –it was cloaked. But somehow through the extraterrestrial help, they were able to pinpoint it, target it, and fire this incredibly powerful weapon into space at the sphere. The Sphere Alliance use defensive type technology and what they did is they redirected the power from the beam back to the source. 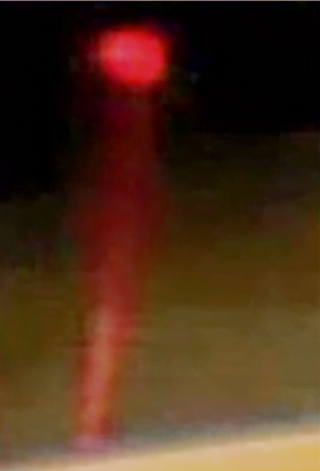 So what witnesses said is they saw the sphere light up red and then a red beam come back down and hit the installation where the weapon was fired from. And the installation was destroyed with loss of life of humans and non-humans that were involved in this attack, the attempt.

DW: Do we know where this was?

CG: I was told that it was one of two locations in Africa or Australia, but I’ve since been told it’s most likely in Australia.

DW: Well, Pine Gap in the middle of Australia, is a major facility. Do you think it might have been that?

DW: So this must have been extremely demoralizing for the Cabal. Were they expecting to get a big light show and actually blow up the sphere? Is that what they were hoping to do?

DW: And instead they got instant karma spanking.

DW: So a lot of high level people died in this.

CG: Yes, very high level people from what they call the Cabal were present for this weapons test, and there were some extraterrestrials that were there, as well, that were here on Earth that were engineers that were helping develop this, that had a vested interest in this.

DW: How soon did this outer barrier go up after this happened?

CG: It was almost immediately. (continued)

Much more on Corey Goode’s site: