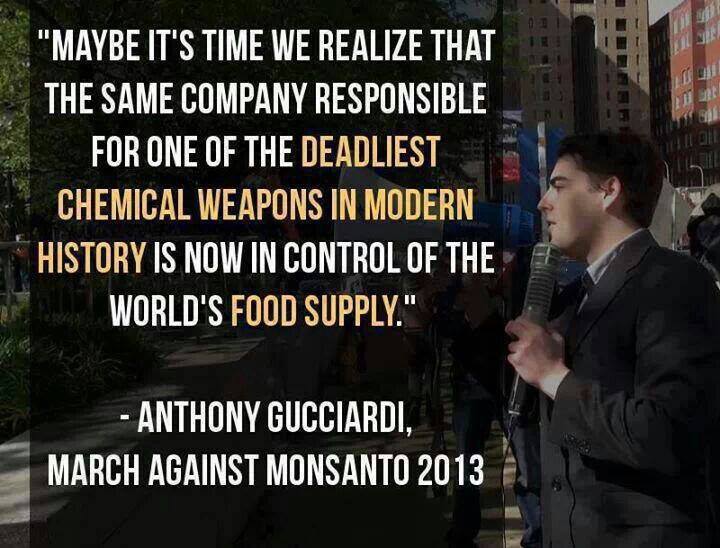 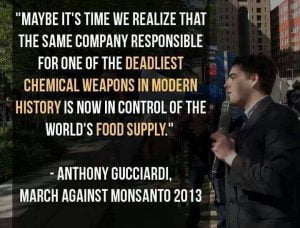 Yes – this is more about Monsanto + two videos

Whenever James Gilliland posts videos or info about this company he uses the term Monsatan. This makes perfect sense to anyone who knows about the depth of evil in this company. This first video is an absolute MUST SEE and if you haven’t seen it I strongly urge you to do so as it provides clear easily understood facts about this evil from the testimony of several very brave farmers.
https://www.youtube.com/watch?v=UQbBRTP_07Q

The second video ‘Seeds of Death’ is an award winning video that provides knowledge of the lies about GMO’s and how companies like Monsanto and DuPont are determined to keep people ignorant.
https://www.youtube.com/watch?v=B_XtCcMeWrw

For those of you who know who Little Grandmother is you will recall from her earliest video messages and conferences worldwide how she always spoke about the importance of people taking care of their seeds. This first video above from farmers with direct knowledge of the insidious, hideous, disgusting methods used by this company to control the food of the world brings a deeper understanding to her message.

The Good News is that Monsanto is losing court cases around the world and stocks are plummeting.

Something else that you might not know:
The following excerpt is taken from an article that I wrote on the 13th September 2013:

“Many of you have already acquired a fair bit of negative knowledge regarding the company known as Monsanto. You will probably have heard the information regarding their involvement in the creation of Agent Orange used in the war in Vietnam and in recent years the worldwide patents they have taken out on our food etc. etc. What you might not be aware of is the fact that they are a ‘sister’ company to another well-known sinister corporation namely Blackwater.

Blackwater also known as Xe or Academi is a private Jesuit army obeying the dictates of the black nobility. This army operates outside all laws. This army is controlled by people both within the US government as well as outside mainly from within the Vatican State. In other words Blackwater is a religious army serving the Pope in Rome, through the Order of Malta. The Order of Malta is considered under international law to be a ‘sovereign entity’ with special diplomatic powers and privileges. Like Blackwater the Order of Malta is ‘untouchable’ because it is at the heart of the elite aristocracy.

In other words the Cabal has its own mercenaries which they have used in war after war to trigger conflicts that create chaos of some kind or worse still civil war. Recently in the conflicts in Egypt and in Syria we heard about mysterious snipers and they belong to this private mercenary firm.

The following link reveals how this mercenary army {with three names} the largest mercenary army in the world was sold to the multinational Monsanto.

Blackwater was renamed in 2009 after becoming famous in the world with numerous reports of abuses in Iraq, including massacres of civilians. It remains the largest private contractor of the U.S. Department of State “security services,” that practices state terrorism by giving the government the opportunity to deny it.”

If you would like to read this article its available on the following link under the heading
The Jesuits the Rothschilds and the Rockefellers (and their different roles from)
http://www.veritasgalacticsweden.net/introduction/dark-cabal-rulers