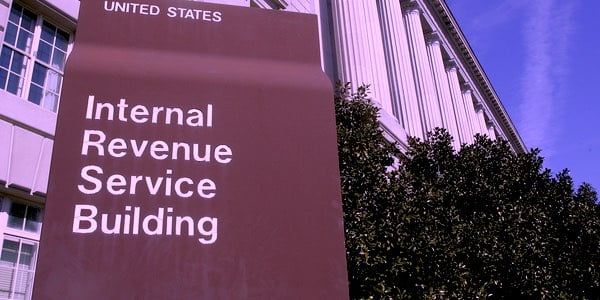 When a federal court and the federal government ordered Doreen Hendrickson to sign a form under penalty of perjury that she believed to be inaccurate, the mother of two initially refused to comply.

Eventually, she obeyed but noted that the sworn statement was being made under duress.

Now, because of that decision, she is sitting behind bars for “contempt of court.”

A federal appeal is being considered in what sources called an “unprecedented” case, with arguments from both sides presented last month.

The case has broad implications for free speech and due process.

Hendrickson’s saga officially began in 2006, when the Internal Revenue Service claimed that refunds it had issued to her years earlier were mistakes, according to the family and official documents reviewed by WND.

In 2007, the U.S. Department of Justice went much further, asking a federal court to sign an order purporting to force Hendrickson to repudiate her previous tax returns and sign new ones.

However, she was never even accused by the government of tax evasion or filing false returns, much less convicted.

Hendrickson believed the information dictated by the IRS was incorrect, so she could not sign it without an explanatory note pointing out that it was made under duress, she explained.

Indeed, no U.S. government official was willing to swear under penalty of perjury that he believed what the government wanted Hendrickson to swear she believed.

Because the new return would also have to be signed under penalty of perjury, had Hendrickson complied without indicating the coercion, she would have essentially admitted to perjuring herself on the original return.

The dispute has observers and legal experts baffled.

Trust the government? Maybe you shouldn’t. Read the details in “Lies the Government Told You,” by Judge Andrew Napolitano.

“I can’t say in 30 year[s] of practicing law that I’ve ever seen anything like this,” Hendrickson’s appellate attorney, Mark Cedrone, told WND over the phone.

In short, the federal government put Hendrickson in a Catch 22 situation and appears to have violated constitutional protections enshrined in the Bill of Rights, including the First and Fifth amendments.

Fundamental free speech rights and due process are at issue in the case.

In what observers and attorneys believe is unprecedented in American history, federal prosecutors sought to compel a person not only to speak, but to affirm under penalty of perjury the truthfulness of something the person did not believe to be true, all to advance the government’s desired narrative in court.

The Justice Department did not respond to repeated requests by phone and email for information from WND.

Husband Pete Hendrickson, however, told WND the government was trying to coerce his wife into committing perjury, using threats, in a manner that would financially benefit the government.

“Further, Doreen was ordered to conceal the fact that the false testimony was coerced,” he said. “She was ordered to render it in such a fashion that anyone seeing it would conclude that the testimony was entirely Doreen’s freely made of her own accord and representing what she really believes [to be] true.”

In what her husband called “ironic” and “chilling,” the indictment against his wife for refusing to say what the DOJ wanted her to say came at almost the same time as the Supreme Court ruled yet again that the First Amendment “prevents the government from telling people what they must say.”

In the summer of 2013, federal agents took her to a federal facility in downtown Detroit on an indictment of “contempt of court” for refusing to go along with the demand.

“I don’t want my kids to grow up in a world where they’re afraid to say what’s true, because the government wants them to say something different,” Doreen Hendrickson says in a video posted online. “That isn’t any way to live.”
Read more at http://www.wnd.com/2016/02/woman-jailed-for-refusing-federal-order-to-commit-perjury/#HoKH6rp8UkQLMwPB.99