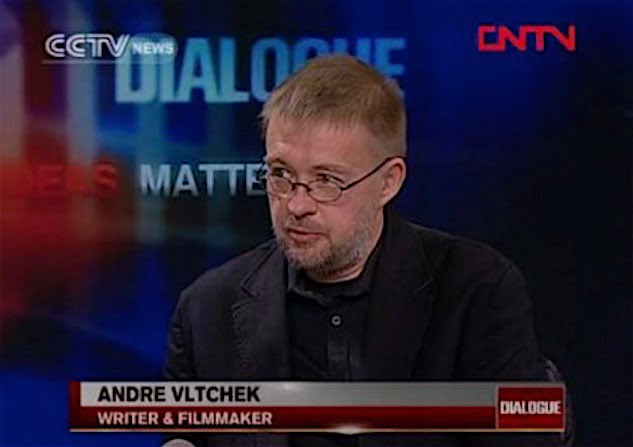 The increased involvement of different state and non-state actors in Syria with conflicting interests has rendered the horror-stricken country’s future bleak and more capricious than before.  On February 11 and on the sidelines of the Munich Security Conference 2016, it was announced that the United States, Russia and other world powers have agreed on the enforcement of an immediate ceasefire in Syria, the cessation of hostilities and delivery of humanitarian aid.

However, Russia has ruled out that it would stop its airstrikes, which it says are aimed at the ISIS and Al-Qaeda bases.

Since the peace talks in Vienna, known as the Vienna Process held in late October 2015, Iran joined the negotiations to find a solution to the devastating civil war in Syria that has left more than 250,000 Syrians dead since 2011. 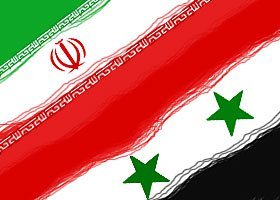 The United States had previously objected to Iran’s presence at the peace talks, and in January 2014, the UN Secretary General Ban Ki-moon withdrew his invitation for Iran to partake in the one-day negotiations in Montreux, Switzerland.

It was conjectured at that time that the United States pressured Ban to back away from his decision to include Iran in the UN-sponsored event.

However, it’s has transpired that Iran can play a defining role in bringing back peace and stability to Syria given its close partnership with the government of President Bashar al-Assad.

Foreign Minister Javad Zarif has been invited to represent Iran in several international forums organized to bring together the relevant role-players, including the recent talks in Munich and the Supporting Syria & The Region donor conference in London.

An American philosopher and filmmaker says Iran’s humanitarian contributions to Syria haven’t been adequately highlighted by the corporate media. He however said that Iran has done a lot in supporting the “legitimate government” in Damascus, and the “progressive forces in the region” are supporting and defending the “true will of the majority of Syrian people.”

Andre Vltchek is a philosopher, novelist, filmmaker and investigative journalist. He covered wars and conflicts in dozens of countries. His latest books include “Exposing Lies Of The Empire” and “Fighting Against Western Imperialism.”

Point of No Return is his critically acclaimed political novel. He has also published “Oceania,” a book on Western imperialism in the South Pacific.

His book about Indonesia, “Indonesia – The Archipelago of Fear” has also been received with public commendation. Andre produces films for teleSUR and Press TV. After living for many years in Latin America and Oceania, Vltchek presently resides and works in East Asia and the Middle East. Andre Vltchek’s writings can be found on his website. He also tweets at @AndreVltchek.

Truth NGO did an interview with Mr. Vltchek on Iran’s role in the fight against terrorism and extremism in the region and the prospects of civil war in Syria. The following is the text of the interview.

Question (from Kourosh Ziabari): Iran is accused by the United States and its partners of funding and supporting global terrorism. How much is this idea realistic and substantiated? Iranian authorities respond to the allegation by saying that the nation has been a victim of terrorism and violence itself, and has paid a cost in combating extremists and drug traffickers on its borders. How do you evaluate the whole picture?

Answer (from Andre Vltchek): The West has absolutely no right to accuse anyone of funding and supporting terrorism, especially when it comes to Iran, a country that only suffered and never really attacked anyone in its modern history.

The West overthrew all democratic, peaceful and progressive Muslim governments, from Iran in 1953 to Indonesia in 1965. It then manufactured brutal terrorist cells in order to fight Soviet Union, and later, when the USSR collapsed, it decided to turn huge and mainly peaceful Muslim realm into its new arch-enemy. All this has nothing to do with Islam, of course, [but] only with the West’s desire to rule over the world, and to justify its huge military budgets and brutality.

Q: What’s your reaction to the invitation extended by Prime Minister David Cameron to Iran to take part in the “Supporting Syria & The Region” donor conference in London? The former U.S. Ambassador to Israel Thomas Pickering has said the U.S.-Russian coordination on Syria would be insufficient without the involvement of relevant players, including Iran and Saudi Arabia. Do you think the major powers have come to the conclusion that Iran should be included in any decision to be taken on the future of Syria?

A: This is, once again, a political event. The U.S., UK and NATO are trying to destroy Syria by all means. Then they are thinking how to justify their actions, and how to get other players “on board.” Iran is a friend of Syria, while Saudi Arabia is its enemy, in many ways, one of its tormentors.

Right now, true major powers – in a positive sense – are Russia and China. They are also true friends and allies of Iran. The Western powers came to no realizations or positive conclusions. They are Machiavellian and extremely destructive. And Iran for them it is just a figure in their destructive chess game. Tehran should never trust London or Washington.

Q: Foreign Minister Javad Zarif has briefed the high-profile Syrian donor conference in London about the humanitarian, medical and infrastructural assistance Iran has been offering to Syria since the eruption of civil war in the country 5 years ago. What’s your assessment of the role Iran has been playing in Syria? Have its humanitarian contributions been effective and impactful?

A: We know very little about this topic, unfortunately. The Western propaganda media is not covering Iran’s humanitarian contribution. Alternative media, like the RT and Press TV actually does, but not enough for the world to know the whole truth.

Iran did some great work supporting legitimate government in Damascus, and progressive forces in the region that are supporting and defending true will of the majority of Syrian people.

Q: The ISIS terrorists wreaking havoc on Syria and Iraq are adamant killers who obviously don’t understand the language of logic and negotiation. Do you think diplomatic efforts would be sufficient to root them out of the region, or shall diplomacy be complemented by military action, including airstrikes on their strongholds?

A: I am writing this from Iraq. It is clear to almost everyone here and in Syria, that the ISIS were invented, manufactured and armed by the West, NATO and Turkey. The West pretends that it fights them, but it is actually Russia, Syria and Iraq, as well as Hezbollah – described by the West as “terrorist group” based in Lebanon, only because it was defending its country against the Israeli invasion – that are locked in a true combat with the ISIS terrorists. It is not about diplomacy. Only decisive military action can weaken and finally destroy the ISIS.

Q: Iran is extensively involved in the fight against ISIS in Syria and Iraq, and is considered by many observers as a leading force battling the terrorist group. Is it conceivable that Tehran and Washington can work together to achieve the common goal of obliterating ISIS, given Iran’s vested interest in seeing it defeated? Do you think the differences between Iran and the U.S. will prevent the Iranian expertise and influence from being brought into the fold?

A: Iran and the U.S. have totally opposite goals in the region. While Tehran would like to see total destruction of the terrorist groups such as ISIS, Washington and its allies are the ones who are producing, financing, arming and supporting them.

Look at Russia’s involvement. The West is in panic now that it appears that Syria and Russia are making great gains on the ground against the ISIS, as well as other terrorist groups operating all over the country.

Q: President Hassan Rouhani has recently initiated efforts to broaden Iran’s diplomatic and business relations with the European Union in the wake of the successful implementation of the nuclear deal signed last summer. His trip to Italy included a historic stopover in the Vatican, where he was received by the leader of the Roman Catholic Church Pope Francis. How do you think a partnership between Iran and Vatican can contribute to the global fight against terrorism?

A: I am sorry, but I have very low opinion of the Vatican. I am actually one of the philosophers who is compiling, in my essays and books, all those horrid crimes that the Catholic Church hierarchy has been committing throughout the centuries.

If the recent visit of the Iranian President brings peace, be it; it is good. But let us never forget about what we are dealing with. The Vatican is one of the historic bastions of Western expansionism, colonialism and supremacy theories.

The original source of this article is The 4th Media
Copyright © Andre Vltchek and Kourosh Ziabari, The 4th Media, 2016