Prepare For Change
Home Disclosure Infamous Alien ‘Element 115’ Mentioned Over a Decade Ago in Area 51... 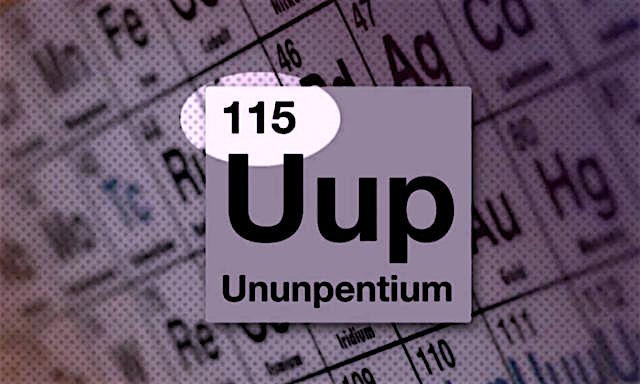 With atomic numbers of 113, 115, 117, and 118, the International Union of Pure and Applied Chemistry (IUPAC) announced the addition of these four elements to the periodic table, but one of them, Element 115 was already announced in 1989 when Bob Lazar, famous area 51 whistleblower revealed to the public that the UFOs possessed by the government were powered by a mysterious ‘Element 115.’ Of course at that time, the claims made by Lazar were tagged as absurd as the scientific community had no knowledge of ‘Element 115’.

In 2003, his statements gained more credibility when a group of Russian scientists managed to create the elusive element, and now, twelve years after that achievement, the discovery of ‘Element 115’ was finally confirmed after numerous tests which verified its existence.

However, the scientific version of ‘Element 115’ drastically differs from what Lazar has described over the years, since according to reports, the element decays in less than a second and cannot be utilized for anything. Unununpentium, the temporary name for Element 115, is an extremely radioactive element; its most stable known isotope, ununpentium-289, has a half-life of only 220 milliseconds.

In 2014, Lazar was interviewed by Geroge Knapp where they discussed ‘Element 115’ or Ununpentium where Lazar dismissed early findings surrounding Element 115, statig that he was confident that further testing will produce an isotope from the element which will match his initial description.

“They made just a few atoms. We’ll see what other isotopes they come up with. One of them, or more, will be stable and it will have the exact properties that I said,” Lazar told Knapp.

Bob Lazar, who was ridiculed because of his sensationalistic claims, states that he worked in the past at Area 51, where top secrets projects are being developed. Interestingly, on several occasions he was subjected to a polygraph: The testing confirmed his statements regarding the secret researcher facilities and alien technology present inside some of the most infamous bases in the United States.

According to Lazar, the so-called “UFO’s” were not built by humans, the cabins inside of the craft were extremely small and only a child could fit into them. Lazar claims that these “Flying saucers” were built and piloted by extraterrestrial beings. Mysteriously, it seems as if the UFO’s were made out of one single piece, they did not have a welding point and were made from a material unknown on Earth.

In addition to ‘Element 115’, scientists introduced 113, 117, and 118. Interestingly, all of these four elements are super heavy, lab-made and VERY radioactive.

“The chemistry community is eager to see its most cherished table finally being completed down to the seventh row,” said Professor Jan Reedijk, president of the Inorganic Chemistry Division of IUPAC ( via ewao.com ).

Scientists say they’ve created a handful of atoms of the elusive element 115, which occupies a mysterious corner of the periodic table. 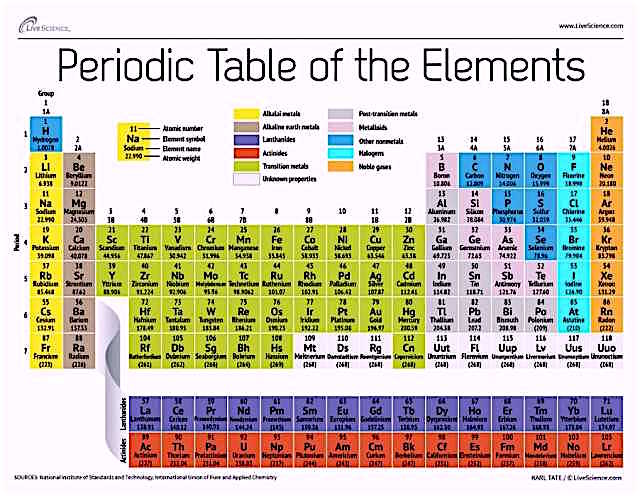 The super-heavy element has yet to be officially named, but it is temporarily called ununpentium, roughly based on the Latin and Greek words for the digits in its atomic number, 115.

The atomic number is the number of protons an element contains. The heaviest element commonly found in nature is uranium, which has 92 protons, but scientists can load even more protons into an atomic nucleus and make heavier elements through nuclear fusion reactions.

Scientists hope that by creating heavier and heavier elements, they will find a theoretical “island of stability,” an undiscovered region in the periodic table where stable super-heavy elements with as yet unimagined practical uses might exist.

In experiments in Dubna, Russia about 10 years ago, researchers reported that they created atoms with 115 protons. Their measurements have now been confirmed in experiments at the GSI Helmholtz Centre for Heavy Ion Research in Germany.

To make ununpentium in the new study, a group of researchers shot a super-fast beam of calcium (which has 20 protons) at a thin film of americium, the element with 95 protons. When these atomic nuclei collided, some fused together to create short-lived atoms with 115 protons.

“We observed 30 in our three-week-long experiment,” study researcher Dirk Rudolph, a professor of atomic physics at Lund University in Sweden, said in an email. Rudolph added that the Russian team had detected 37 atoms of element 115 in their earlier experiments.

“The results are by and large compatible,” Rudolph said.

Super-heavy elements are generally unstable and most last only a fraction of a second before they start to decay. The scientists had to use special detectors to look for the energy signatures for the X-ray radiation predicted to be given off by element 115 as it quickly degrades.

A committee from the International Union of Pure and Applied Chemistry (IUPAC), which governs chemical nomenclature, will review the new findings to decide whether more experiments are necessary before element 115 gets an official name.

Some of element 115’s neighbors have already been christened. Last year, the man-made elements 114 and 116 were named flerovium (Fl) and livermorium (Lv).

The new experiments will be detailed in The Physical Review Letters ( via livescience.com)