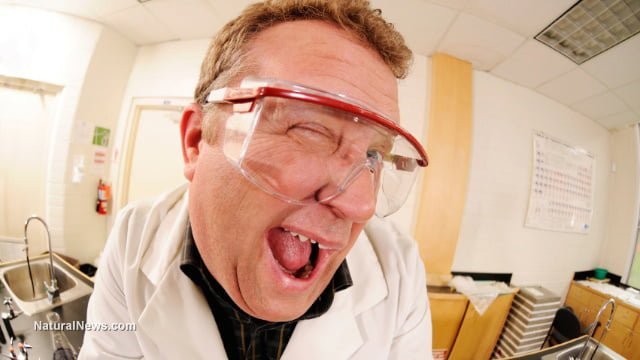 It is no secret that the internet is littered with misinformation, whether it’s a matter of simple ignorance or people spreading falsehoods for their own agenda. Many people consider scientific journals to be among the most credible sources available, but it turns out that they, too, fall into the latter category; they’ve become yet another forum for parties to spread whatever information supports their financial interests. In this case, it’s Big Pharma.

Take, for example, a 2006 study that looked into the impact of psychiatric medication on clinical trials. The researchers found that industry-sponsored trials came to favorable conclusions a whopping 78 percent of the time, while just 48 percent of independently funded trials reached a favorable outcome.

One of the most brazen examples of this is Study 329. In this 2001 study by SmithKline Beecham, which is now GlaxoSmithKline, it was claimed that paroxetine, the drug in Paxil and Seroxat, was a “generally well tolerated” cure for depression in both adolescents and children. Over the course of the following year, around 2 million young people were prescribed the drug.

However, the study glossed over the fact that this drug has the potential to cause some very serious side effects and even lead patients to suicide. When independent researchers re-analyzed the study, they discovered that the drug wasn’t any more effective than the placebo. Moreover, they found a significant risk of harm. At least 12 of the 93 children who took it had developed suicidal thoughts. In what ended up being one of the biggest frauds in the history of American healthcare, GlaxoSmithKline was ultimately fined $3 billion.

BMJ Editor Fiona Godlee said it was just another example of how drug regulators are routinely failing people. She said: “This long running saga has within it all the seeds of our current discontent – industry malpractice, paid opinion leaders twisting the results of trials, hidden data allowing manufacturers, academics and clinicians to overstate the benefits and underplay the harms of treatment.”

Four out of five antidepressant studies had industry ties

The Journal of Clinical Epidemiology recently published an evaluation of 185 meta-analyses that involved approved antidepressants and were published between 2007 and early 2014. They found that a third of them were actually written by people who were employed by the pharmaceutical industry. These authors were a whopping 22 times less likely to make a negative statement about a drug than those who were not affiliated with the pharmaceutical company.

In addition, almost four out of five of these studies had an industry tie. This could mean that the study was written by industry employees, a pharmaceutical company sponsored the study, or the industry supported the researchers via grants or speaking fees.

Antidepressants are a huge pharmaceutical market, racking up sales of $9.4 billion the United States in 2013 alone.

Stanford University School of Medicine Epidemiologist John Ioannidis, who co-authored the study, said: “We knew that the industry would fund studies to promote its products, but it’s very different to fund meta-analyses,” as they “have traditionally been a bulwark of evidence-based medicine.”

He feels that the only way to curb this is by banning pharmaceutical companies from funding meta-analyses. After all, countless human lives are at stake.