Prepare For Change
Home Disclosure What’s behind the US media’s special relationship with Israel? 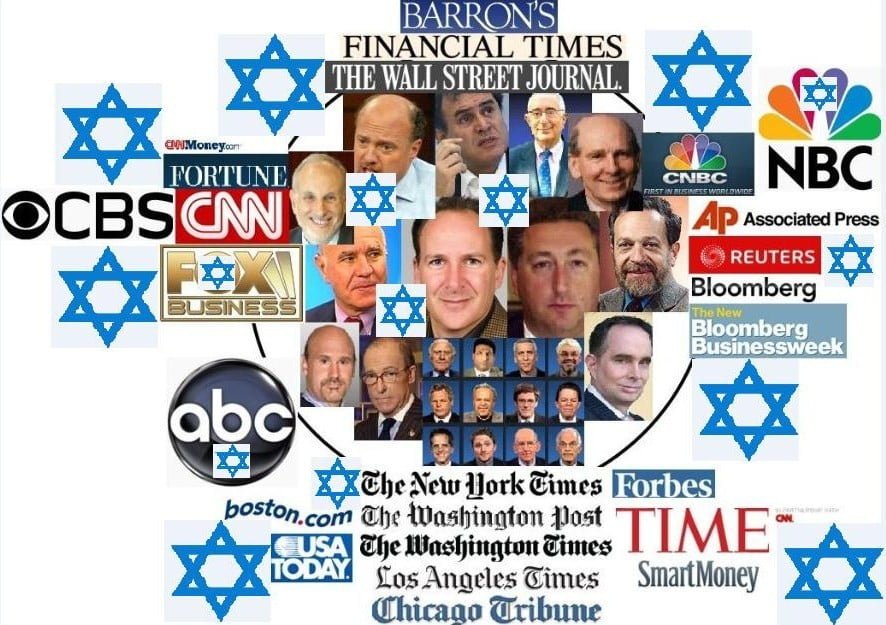 The Occupation of the American Mind: Israel’s Public Relations War in the United Stateswritten and directed by Loretta Alper and Jeremy Earp (2016)

The Occupation of the American Mind poses the question: why are mainstream US media such a reliable conduit for Israeli propaganda compared to other countries?

In attempting to answer this question, the film, narrated by Roger Waters, illuminates not just the inner workings of Israeli hasbara (propaganda) but also the root causes of the occupation itself by depicting the systematic denial of Palestinians’ human and national rights.

This film could not possibly arrive at a better time, given the extent to which Israeli hasbara will be promoted during the US presidential election campaign.

It explores a relatively unexamined aspect of the US-Israel “special relationship” and helps explain why a majority of Americans influenced by media bias support and identify with the Israeli narrative.

The revelations made in the documentary will engage both those unfamiliar with the Palestinian narrative along with veteran solidarity activists who may think they’ve seen it all.

The film opens with the bombing of Gaza in 2014, when, viewers learn, 23,000 tons of explosives were let loose on an area the size of Philadelphia.

The filmmakers note that despite vivid scenes of the carnage on American television screens, the counterpoint commentary was heavily slanted toward the Israeli version of events, depicting Palestinians as Jew haters and in Orwellian fashion portraying Israel as under siege, as if the blockade of Gaza didn’t exist.

The documentary then segues into a brief history of the Palestinian struggle from the unfair United Nations partition plan of 1947 to the ethnic cleansing that followed, the 1967 War, settlement expansion, Israel’s wall in the occupied West Bank, the checkpoints and the siege of Gaza, before returning to the central question of why US media today routinely suppress this history and current Palestinian reality.

It was not always the case that US media were so one-sided, the filmmakers note. For a brief period following Israel’s 1982 invasion of Lebanon, mainstream media began to question if a new “imperial Israel” had arisen.

Instead of the underdog David fighting Goliath, Israel was depicted as the neighborhood bully, expanding beyond its internationally recognized boundaries and setting into motion the deaths of more than 17,000 Lebanese and Palestinians, mostly civilians. For the first time ever, US media outlets televised the massacre of Palestinians — at the Sabra and Shatila refugee camps in Beirut.

This development was a game-changer for Israel, it is argued in the documentary, leading to the creation of thehasbara industry that began with the formation of a cabinet-level post and the recruitment of Madison Avenue advertising executives, including the legendary Carl Spielvogel, who created the “less filling, tastes great” commercials for Miller Lite beer.

It eventually led to a consultation with right-wing American pollster and political consultant Frank Luntz, who helped shape Israel’s current talking points with phrases straight out of what media critic Norman Solomon calls in the film “the rabbit hole of linguistic manipulation.”

Luntz’s central contribution was to identify the settlements as Israel’s chief public relations problem. His solution? Deflect attention from Israel’s territorial land grab by portraying the Palestinians as terrorists. “Terror, not territory” was the answer.

Luntz’s five-point program on how to alter the narrative (“In the war of pictures, we lose,” writes Luntz) was greatly aided by the media’s repetitive use of phrases like “rockets raining down on Israel” during the 2014 attack on Gaza.

The film shows clip after clip of talking heads repeating this phrase. One is reminded of the same repetitive use of buzzword phrases such as “the smoking gun that comes in the form of a mushroom cloud” during the lead-up to the 2003 US invasion of Iraq.

Print media are equally guilty. The directors note that a keyword search on global research website LexisNexis reveals the use of “rockets raining down” more than 6,900 times compared to the fewer than 800 references to Israel’s “siege” or “blockade” of Gaza.

It’s what Rula Jebreal calls in the film a “media scandal,” especially when compared with the coverage seen on news outlets like Channel 4 in Australia. The documentary shows Channel 4 anchors challenging Israeli officials forcefully — something that would never occur on US television.

Of course American media don’t just single out Israel for favoritism. They have long been skilled at propaganda manipulation to shape public opinion in support of the national security establishment’s latest war.

The Occupation of the American Mind examines the role of the Israel lobby, but it also notes that the “special relationship” truly began when the administration of President Richard Nixon “deputized” Israel as its “cop on the beat” for protecting US energy interests in the Middle East. A graph depicting the sharp increase in US military aid to Israel beginning in the late 1960s stunningly drives home this point.

Despite the corporate control of mainstream media, the film doesn’t end on a pessimistic note. It finds hope in the development of social media, the growth of alternative media outlets and the boycott, divestment and sanctions movement, especially among students. In fact, hope can be found in the existence of the film itself.

Rod Such is a former editor for World Book and Encarta encyclopedias. He lives in Portland, Oregon, and is active with the Occupation-Free Portland campaign.