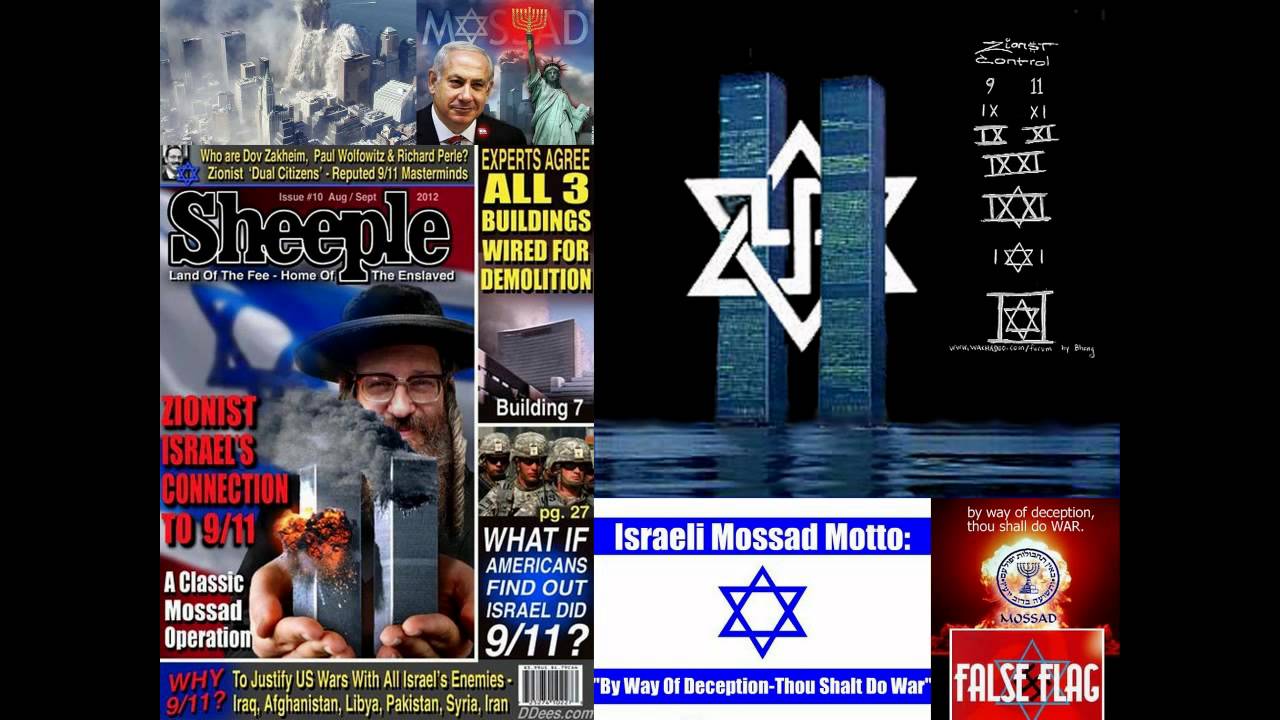 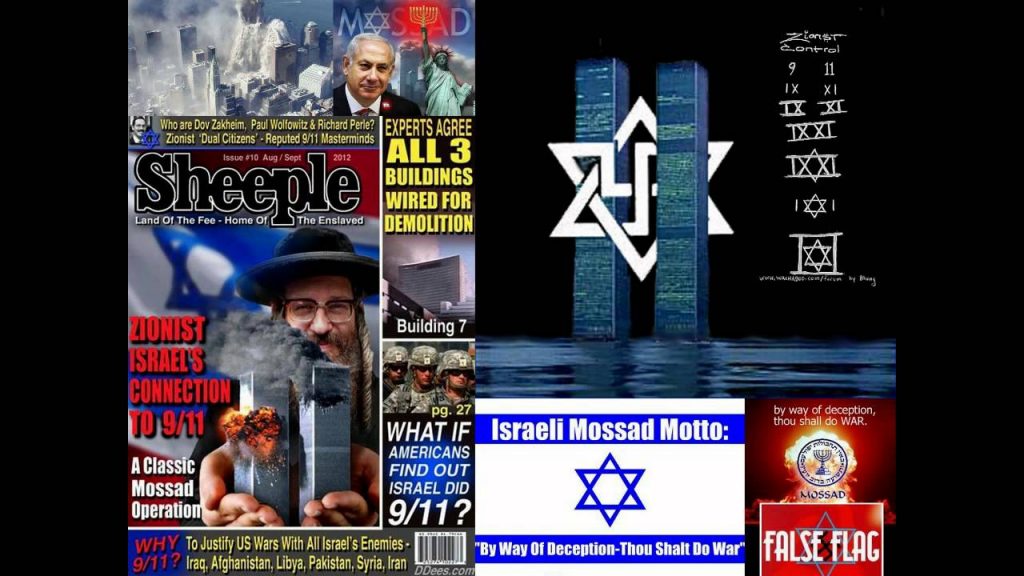 Presumption of a Cover-Up …

Judges and lawyers know that – if someone intentionally destroys evidence – he’s probably trying to hide his crime.  American law has long recognized that destruction of evidence raises a presumption of guiltfor  the person who destroyed the evidence.

So what does it mean when the US government intentionally destroyed massive amounts of evidence related to 9/11?

For example, it was revealed last week that the judge overseeing the trial of surviving 9/11 suspectsconspired with the prosecution to destroy evidence relevant to a key suspect’s defense. And see this.

(The Defense Department has also farmed out most of the work of both prosecuting and defending the surviving 9/11 suspects to the same private company.  And the heads of the military tribunal prosecuting the 9/11 suspects said that the trials must be rigged so that there are no acquittals.)

Those who knew about those videotapes — and did not tell us about them — obstructed our investigation.

Daniel Marcus, a law professor at American University who served as general counsel for the Sept. 11 commission and was involved in the discussions about interviews with Al Qaeda leaders, said he had heard nothing about any tapes being destroyed.

If tapes were destroyed, he said, “it’s a big deal, it’s a very big deal,” because it could amount to obstruction of justice to withhold evidence being sought in criminal or fact-finding investigations.

The tape of interviews of air traffic controllers on-duty on 9/11 was intentionally destroyed by crushing the cassette by hand, cutting the tape into little pieces, and then dropping the pieces in different trash cans around the building as shown by this NY Times article (summary version is free; full version is pay-per-view) and by this article from the Chicago Sun-Times.

The FBI long ago found and analyzed the “black box” recorders from the airplanes which hit the Twin Towers, but has consistently denied that they were ever found.

The 9/11 Commissioners concluded that officials from the Pentagon lied to the Commission, and considered recommending criminal charges for such false statements.

The chairs of both the 9/11 Commission and the Official Congressional Inquiry into 9/11 said that Soviet-style government “minders” obstructed the investigation into 9/11 by intimidating witnesses (and see this).

In other words, the minders obstructed witnesses from openly and candidly talking about what they knew.

The administration also opposed the creation of a 9/11 commission. Once it was forced (by pressure from widows of 9-11 victims) to allow a commission to be formed, the administration appointed as executive director an administration insider, whose area of expertise is the creation and maintenance of “public myths” thought to be true, even if not actually true, who was involved in pre-9/11 intelligence briefings, and who was one of the key architects of the “pre-emptive war” doctrine. This executive director, who controlled what the Commission did and did not analyze, then limited the scope of the Commission’s inquiry so that the overwhelming majority of questions about 9/11 remained unasked (see this and this).

The government also failed to provide crucial documents to the 9/11 investigators. And see this.

The government refused to share much information with the Commission, refused to force high-level officials to testify under oath, and allowed Bush and Cheney to be questioned jointly.

Moreover, as reported by ACLU, FireDogLake, RawStory and many others, declassified documents shows that Senior Bush administration officials sternly cautioned the 9/11 Commission againstprobing too deeply into the terrorist attacks of September 11, 2001.

The 9-11 Commission took this warning to heart, and refused to examine virtually any evidence which contradicted the administration’s official version of events. As stated by the State Department’s Coordinator for Counterterrorism – who was the point man for the U.S. government’s international counterterrorism policy in the first term of the Bush administration – “there were things the [9/11] commissions wanted to know about and things they didn’t want to know about.“

Investigation into Saudi government aid to 9/11 conspirators was also obstructed.

For example, Philip Shenon – the 20-year New York Times reporter who wrote a book on the 9/11 Commission – reports:

The [911] commissioner said the renewed public debate could force a spotlight on a mostly unknown chapter of the history of the 9/11 commission: behind closed doors, members of the panel’s staff fiercely protested the way the material about the Saudis was presented in the final report, saying it underplayed or ignored evidence that Saudi officials – especially at lower levels of the government – were part of an al-Qaida support network that had been tasked to assist the hijackers after they arrived in the US.In fact, there were repeated showdowns, especially over the Saudis, between the staff and the commission’s hard-charging executive director, University of Virginia historian Philip Zelikow, who joined the Bush administration as a senior adviser to the secretary of state, Condoleezza Rice, after leaving the commission. The staff included experienced investigators from the FBI, the Department of Justice and the CIA, as well as the congressional staffer who was the principal author of the 28 pages.

Zelikow fired a staffer, who had repeatedly protested over limitations on the Saudi investigation, after she obtained a copy of the 28 pages outside of official channels. Other staffers described an angry scene late one night, near the end of the investigation, when two investigators who focused on the Saudi allegations were forced to rush back to the commission’s offices after midnight after learning to their astonishment that some of the mostcompelling evidence about a Saudi tie to 9/11 was being edited out of the report or was being pushed to tiny, barely readable footnotes and endnotes. The staff protests were mostly overruled.

But Kean, Hamilton and Zelikow clearly do not speak for a number of the other commissioners, who have repeatedly suggested they are uncomfortable with the perception that the commission exonerated Saudi Arabia and who have joined in calling for public release of the 28 pages.

Indeed, an FBI informant hosted and rented a room to two hijackers in 2000. Specifically, investigators for the Congressional Joint Inquiry discovered that an FBI informant had hosted and even rented a room to two hijackers in 2000 and that, when the Inquiry sought to interview the informant, the FBI refused outright, and then hid him in an unknown location, and that a high-level FBI official stated these blocking maneuvers were undertaken under orders from the White House.

As the New York Times notes:

Senator Bob Graham, the Florida Democrat who is a former chairman of the Senate Intelligence Committee, accused the White House on Tuesday of covering up evidence ….The accusation stems from the Federal Bureau of Investigation’s refusal to allow investigators for a Congressional inquiry and the independent Sept. 11 commission to interview an informant, Abdussattar Shaikh, who had been the landlord in San Diego of two Sept. 11 hijackers.

A former FBI translator who Senators Leahy and Grassley, among others, have claimed is credible, and who the administration has gagged for years without any logical basis — has stated that “this administration knowingly and intentionally let many directly or indirectly involved in that terrorist act [September 11th] go free – untouched and uninvestigated”?

The former head of fire science and engineering for the agency responsible for finding out why the Twin Towers and World Trade Center 7 collapsed on 9/11 (the U.S. National Institute of Standards and Technology) – who is one of the world’s leading fire science researchers and safety engineers, with a Ph.D. in mechanical engineering – wrote that evidence necessary to determine the cause of the collapse of the World Trade Centers was being destroyed. And see this.

In addition, the official investigators themselves were largely denied access to the site and the evidence contained there, or even access to such basic information as the blueprints for the World Trade Center.

The government has also refused to release the computer models showing how the trade centers fell, making it impossible for anyone to double-check its assumptions.

Whether you believe the Twin Towers and World Trade Center building 7 were brought down with explosives or by airplanes and fires, destroying evidence prevented engineers and scientists from figuring out what went wrong … to prevent skyscrapers from collapsing in the future.

9/11 Commissioners Disgusted … and Call For a New Investigation

The 9/11 Commissioners publicly expressed anger at cover ups and obstructions of justice by the government into a real 9/11 investigation:

Planting false evidence is another act which creates presumption of guilt.

The type of torture used by the U.S. on alleged surviving 9/11 co-conspirators is of a special type. Senator Levin revealed that the the U.S. used Communist torture techniques specifically aimed at creatingFALSE confessions. (and see this, this, this and this).

According to NBC News:

Many of the investigators believe that some of the initial clues that were uncovered about the terrorists’ identities and preparations, such as flight manuals, were meant to be found. A former high-level intelligence official told me, “Whatever trail was left was left deliberately — for the F.B.I. to chase“.