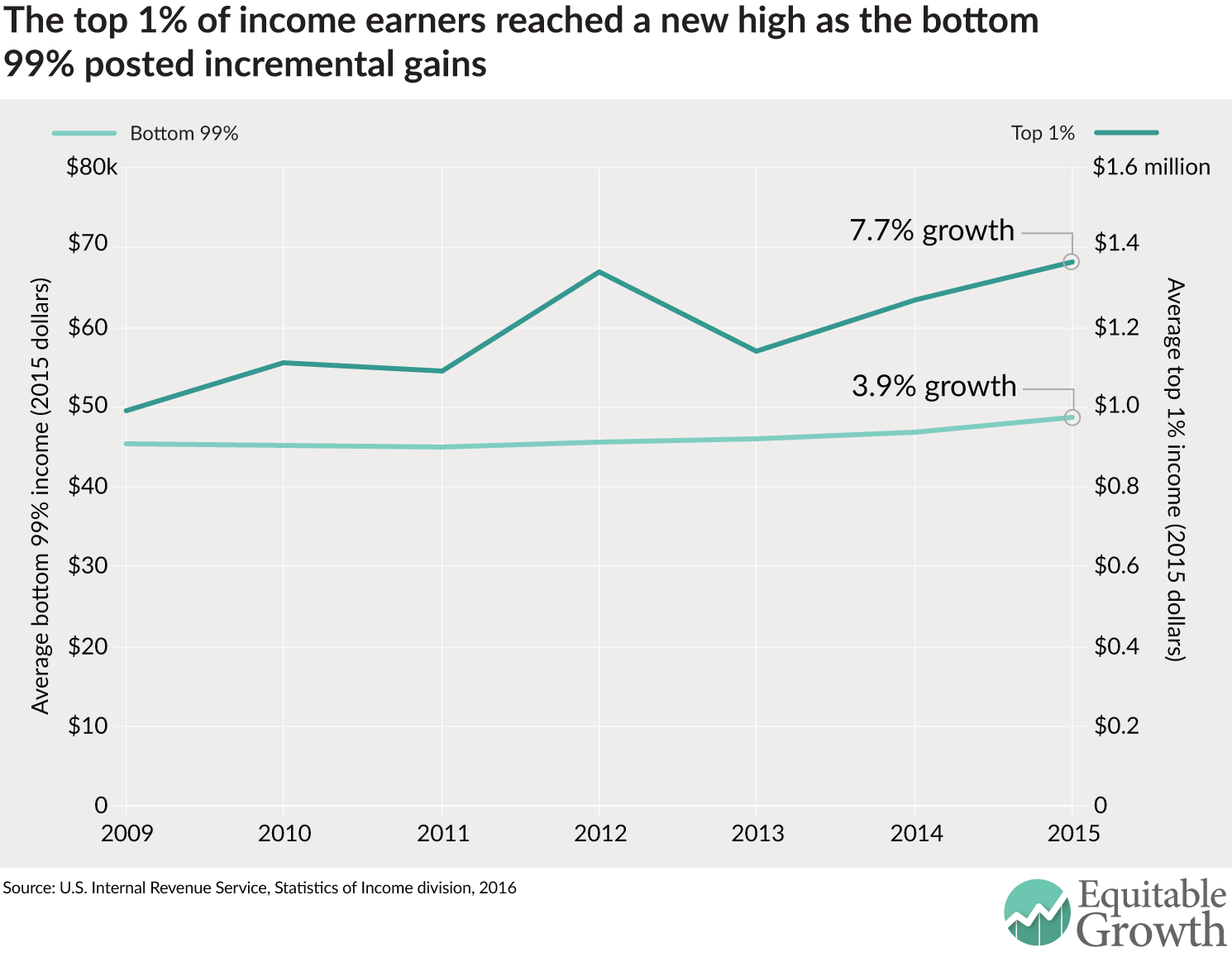 The land of opportunity? Not so much. In fact, the rich are getting richer at a historic rate. 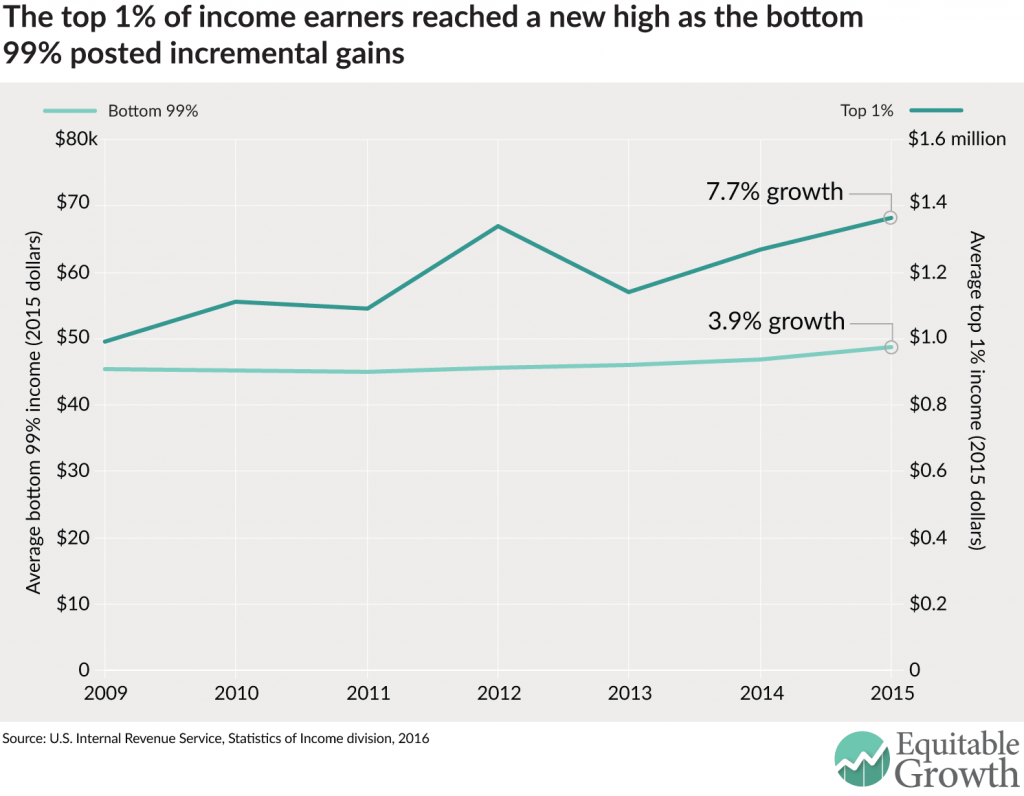 Published in partnership with Shadowproof.

A new study by economist Emmanuel Saez claims that the top 1% income earners in the United States hit a new high in 2015. The study used data from the IRS to show “families at or near the top of the income ladder did substantially better in 2015 than those below them. The share of income going to the top 10 percent of income earners—those making on average about $300,000 a year—increased to 50.5 percent in 2015 from 50.0 percent in 2014, the highest ever except for 2012.”

Saez concludes that the 2013 tax increases had no substantive effect on reducing inequality beyond a “dip in pre-tax income earned by the top one percent in 2013” as “by 2015 top incomes are once again on the rise—following a pattern of growing income inequality stretching back to the 1970s.”

In other words, while President Obama claimed in 2013 that income inequality was the “defining challenge of our time,” his policies have made no meaningful contribution to addressing it.

Economic inequality is not only getting worse, but it may arguably be worse than it has ever been. At least that is the conclusion of economists Peter Lindert and Jeffrey Williamson, who write in a new book that income inequality today is the worst it has ever been in all of American history.

The larger historical argument is problematic, as it starts with colonial America and goes through the time of slavery, where the analysis includes food and shelter for slaves as compensation, but the trend is undeniable. With a few exceptions, contemporary America is unrivaled in its level of economic inequality.

Lindert and Williamson come to conclusions through their long-view historical analysis similar to those of other scholars, restricting their study to the previous decades. Rent-seeking through the financial system provided the rich of America—old and new—with break away wealth. In earlier periods, it was the industrialists and land speculators running away with the gains, whereas today it is derivatives traders and hedge fund managers.

At least the robber barons of old left a railroad or two when the bubble burst. The plutocrats of today leave nothing but heartache once the pillaging is done.

This Article First Appeared On: http://www.mintpressnews.com/