Prepare For Change
Home High Vibrational Food THE SCIENCE BEHIND WHAT HAPPENS TO YOUR BODY WHEN YOU GO ORGANIC... 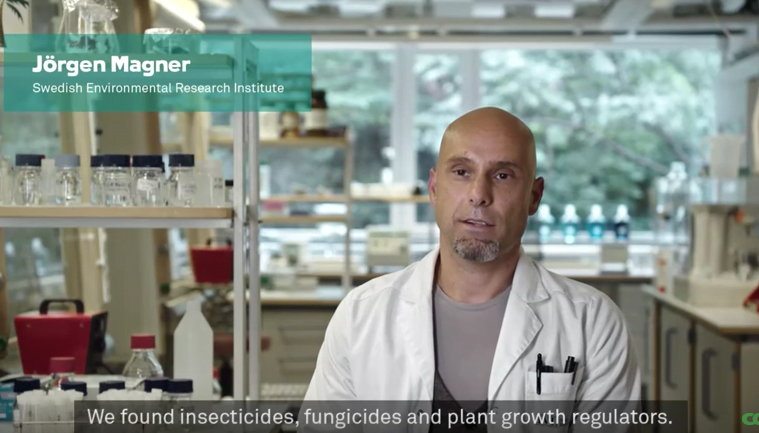 When it comes to eating organic, and encouraging others to do so, it’s not uncommon to hear a response in the form of, “well, how do we really know it’s organic” or “it probably doesn’t even make a difference.”

This is still common, but with more uproar within the past few years about the concerns surrounding the pesticides that are constantly sprayed on our foods, science is now stepping in to examine the difference.

Furthermore, a number of countries are completely banning the pesticides commonly sprayed on food in North America, and for good reasons, some of which are outlined below.

According to the United States Department of Agriculture (USDA), organic farms and processors must not use any genetically modified ingredients. This means that organic farmers can’t plant GMO seeds, an organic cow can’t eat GMO feed, an organic soup producer can’t use any GMO ingredients, and so on. Farmers and processors must show that they aren’t using GMOs and that they are protecting their products from contact with prohibited substances from farm to table. In order for something to qualify as organic, it must also be free from most synthetic materials, like pesticides and antibiotics. (source)(source)

In 2012, a widely reported Stanford University study concluded that there is little difference in the healthfulness and safety of conventional and organic food. (source) Since its publication, experts in the environmental and health sciences department criticized the study for completely overlooking a large and growing body of evidence regarding the adverse effects of pesticides. More specifically, a letter accepted for publication in the Annals of Internal Medicine pointed to the lack of information in the study regarding extensive data on the number, frequency, potential combinations, and associated health risks of pesticide residues in sprayed food. This publication calculated a 94% reduction in health risk attributable to eating organic forms of six pesticide intensive fruits. (source)

So is organic food more nutritious?

“In carefully designed studies comparing organic and conventional apples, strawberries, grapes, tomatoes, milk, carrots, grains and several other raw foods, organic farming leads to increases on the order of 10% to 30% in the levels of several nutrients, but not all. Vitamin C, antioxidants, and phenolic acids tend to be higher in organic food about 60% to 80% of the time, while vitamin A and protein is higher in conventional food 50% to 80% of the time.” –Charles Benbrook, research professor and program leader for Measure to Manage (M2M): Far and Food Diagnostics for Sustainability and Health at Washington State University (source)

A team led by Kristen Brant, a scientist at the Human Nutrition Research Center Newcastle University in the United Kingdom, carried out one of the most sophisticated meta-analysis of the “organic-versus-conventional food” nutrient-content debate. Their analysis was published in Critical Reviews in Plant Sciences in 2011, under the title, “Agroecosystem Management and Nutritional Quality of Plant Foods: The Cause of Organic Fruits and Vegetables.” (source)(source)

This study documents significant differences in favour of organically grown food and explains the different, yet basic farming system factors that lead to these differences. They concluded that increasing the amount of plant-available nitrogen, which is typically found in conventional farming, reduces the accumulation of (plant) defence related secondary metabolites and vitamin C, while the contents of secondary metabolites such as carotenes that are not involved in defense against disease and pests may increase.

“This subset encompasses most of the important, plant-based antioxidants that promote good health through multiple mechanisms.”

The team of researchers estimated that the consumption of organic fruits and vegetables is associated with a 12 percent higher nutrient level intake.

This is just one example of research conducted showing higher nutrient levels in organically grown food, and we are not even talking about pesticides yet.

One thing about organic food is that it’s not sprayed. A recent study conducted by researchers from RMIT university, published in the journal Environmental Research, found that an organic diet for just one week significantly reduced pesticide exposure in adults by 90 percent. (source)

Cynthia Curl, an assistant professor in the School of Allied Health Sciences Department of Community and Environmental Health at Boise State university, recently published a pesticide exposure study in the journal Environmental Health Perspectives. Results of her research indicated that among individuals eating similar amounts of vegetables and fruits, the ones who reported eating organic produce had significantly lower OP pesticide exposure than those who normally consume conventionally grown produce. You can read more about that here.

Below is a very interesting clip titled “The Organic Effect” from the Swedish Environmental Research Institute. Watch what happened when this family decided to switch to organic food. Here is the full report.

“The change in how agriculture is produced has brought, frankly, a change in the profile of diseases. We’ve gone from a pretty healthy population to one with a high rate of cancer, birth defects and illnesses seldom seen before. The tobacco companies denied the link between smoking and cancer, and took decades to recognize the truth. The biotech and agrochemical corporations are the same as the tobacco industry; they lie and favor business over the health of the population.” – Dr. Medardo Avila Vazquez, a paediatrician specializing in environmental health (source)(source)(source) (Related CE Article on the GMO/Cancer link in Argentina here)

The list literally goes on and on, the pesticides that are sprayed on our food have been linked to a variety of diseases, and high risk pesticides rarely appear as residues in organic food, and when they do, the levels are usually much lower than those found in conventional foods -especially the levels in imported produce. (source)

“I recently completed an assessment of relative pesticide health risks from residues in six important fruits – strawberries, apples, grapes, blueberries, pears, and peaches. Using the latest data from USDA’s Pesticide Data Program (USDA, 2012) on these foods, I found that the overall pesticide risk level in the conventional brands was 17.5-times higher than the organic brands. The differences translate into a 94 percent reduction in health risk from the selection of organic brands.” – Charles Benbrook, research professor and program leader for Measure to Manage (M2M): Far and Food Diagnostics for Sustainability and Health at Washington State University, from his letter that was published in the Annals of Internal Medicine (source)

This is very clinically significant, and this is why more and more people are starting to be concerned about pesticide related health risks.

The work of Chensheng (Alex) Lu, from the Harvard School of public health is well known. He has shown that when school-age children switch to a predominately organic diet, exposures to organophosphate (OP) insecticides are almost completely eliminated.  (source)

“Children today are sicker than they were a generation ago. From childhood cancers to autism, birth defects and asthma, a wide range of childhood diseases and disorders are on the rise. Our assessment of the latest science leaves little room for doubt; pesticides are one key driver of this sobering trend.” October 2012 report by Pesticide Action Network North America (PANNA) (source)(source)