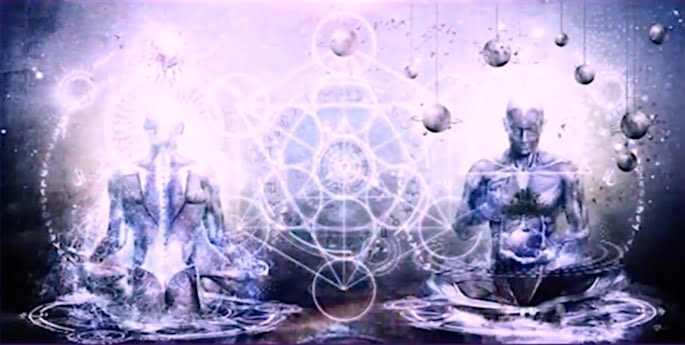 Disclaimer as always but this is very interesting information.

Published on Sep 27, 2016
From Galactic Connection

This is the first eye-opening interview of an ongoing series that Alexandra will be conducting with Liahra. Liahra may be unknown to many in the GC community – but not for long. This is a riveting, mind-bending journey – an hour that passes fast but takes one to astonishing dimensional heights and historical depths. It may trigger memories as it passes into uncharted territory.

Though working quietly out of the public eye, Liahra has a background in energy grid work and soul transport that parallels that of Alexandra and others. Her unusual perspective is that of a ‘soul-stream interpreter.’ She is attuned to the origins, in the future as in the unfathomable past, of the whole soul-stream of lightworkers incarnated here on Earth to help at a difficult, but unique time in inter-galactic history.

Liahra is conscious of multi-lifetime connections with a “conscious bubble ship” near the Earth, inhabited by such souls, or ‘Guardians,’ coming from many galactic and inter-galactic races. Since before Tiamat exploded, this community, originally ‘streams of golden, conscious, liquid light’, have been involved with our collective human history. As we have heard from others, the struggles of light and dark have been fought in multiple timelines as in many different spaces, but Liahra gives an unusually clear and coherent view on how time-lines are made to cohere to a positive outcome in a free-will universe, and how ‘time-locks’ work.

Liahra has an unusually whole and complete account of the war/play of light and dark in our free-will world due to her visits to the conscious bubble ship, and her ability to access its conscious memory stream. This is an ‘Akashic’ record of the ship itself, as well as that of the life-experience of every companion aboard. Her accounts may illuminate the nighttime experiences of puzzled light-workers, some beset with insomnia, others who sleep, but remember few dreams.

Her perspective is that of a ‘mother of everyone on the planet’, indeed, it is that of the millions of souls with much longer histories going back to the tragedy of Tiamat and even further to Lyra. “As above, so below” plays out in extraordinary ways between Tiamat, Atlantis, and the US. Liahra’s forgiving, motherly Big Picture goes for ‘bad guys’, too, as a reptilian encounter reveals. Liahra’s experience is testament: love conquers all, because, as she says, love is not just who we are but what we are. “In the end there is only one Being here.”

Liahra’s account of Earth’s quarantine, as well as of the Earth-human energy system, are also revelatory. Many ‘adjustments’ that accompanied our historical descent through the dimensions/densities were set in place by light forces.

The chakra system is properly distributed as a ‘rainbow body’ across the exterior of our ‘golden egg’ centered in our heart. But when we came under attack, Liahra says, the chakras were closed down, separated, and put into the body for protection. Times have changed. On her youtube channel, Liahra provides video instructions for methods to project the chakras out through the heart center onto the outside of our ‘golden egg’. Links will be found below.

The huge sense of scale — in times and spaces — that comes from Liahra’s soft-spoken conversation is truly dizzying at times. Listeners will be pondering her words for hours and days, or quite likely longer.

All will be eager to hear more in the next of Alexandra’s projected series of interviews with Liahra. You are invited to submit questions for the next interview by sending them to: [email protected] Please put “Questions for Liahra” in the subject line.

She also has a Youtube channel. This includes two short videos that demonstrate her techniques for connecting the chakras and attaching them to your ‘golden egg’.

Regarding the incoming energies of ‘ascension’, Liahra also asked that a video on Cymatics be linked to demonstrate the way a complex system may abruptly transform into another. She says we are already vibrating at a higher rate, but that we have not yet crossed that threshold where we will bounce, en masse, from our present pattern into the patterns of higher-dimensional existence.