Now that the circus of the US elections is over, we can finally focus again on real intel.

For this purpose, many caves and cave entrances on the surface are prepared in a certain way that will be fully revealed at the Event.

Many of the caves worldwide were sacred places for various Light groups on the surface and many of them contain Goddess vortexes which will be activated at the Event:

For this purpose, we are actively searching for people who are guardians of such caves or know their location, to contact me at [email protected].

In Chinese Taoist tradition, caves that serve as portals into Agartha are called grotto heavens:

The Blue are the guardians of those portals. Now lost to the outside world but still in the possession of the Blue, is the Chart of the True Forms of the Five Sacred Mountains, also called The Luminous Precious Scripture of the Five Talismans, a map of access points to the Agartha network that is 5000 years old. This chart resurfaced again 3000 years later and was then given to Blue guardians. 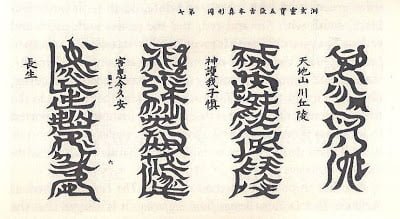 Many of the grotto heavens are located in Taoist sacred mountains in China. There are two overlapping energy grids that connect these sacred mountains, with corresponding system of underground tunnels and cities of Agartha.

The first energy grid is based on five sacred mountains, one for each of four directions of the sky and one for the center:

The second energy grid is based on four sacred mountains:

Both energy grids have the main vortex intersection point near Chengdu, where the mysterious Sanxingdui civilization was located:

Chengdu is one of the 12 major energy vortexes of the Earth icosahedron grid: 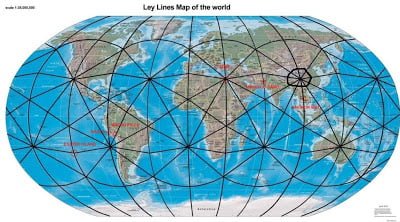 Sanxingdui civilization was the main anchor point of an extraterrestrial faction from Thuban (alpha Draconis), the most prominent faction of the positive Draconians. They are one of the founding sources of Chinese culture and one of the main reasons why dragon as a symbol has positive connotations for Chinese. Thuban was a polar star 5000 years ago when Thuban Draconians descended on Earth, using Chendgu vortex as the entry point.

Not far away from Thuban, on the Antares-Aldebaran galactic highway, is the star Dubhe, home of Goddess DouMu which belongs to an ancient humanoid positive civilization living on planets orbiting that star: 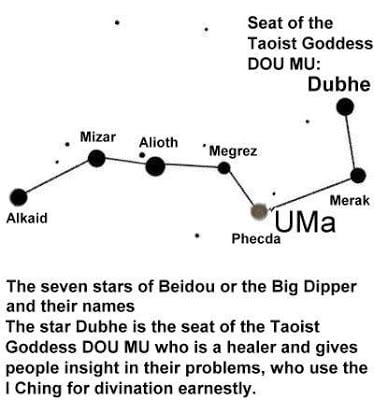 Goddess DouMu is now engaged in more active work with the portals on the surface of the planet in the new phase of preparations for the Compression Breakthrough which have begun in July.

Dragon sources have communicated that Jetsun Pema, the queen of Bhutan, is one of the main public embodiments of DouMu archetype on the surface of the planet:

Dragon sources have also said that DouMu is searching for more active contact with the surface population.

All this is part of the larger plan to reconnect the Agartha Network with the surface population after the Event.